Are These The Best Consumer Staples Stocks To Buy This Week?

If you have been keeping up with the latest stock market news, chances are you see the phrase “supply chain” a whole lot. With this among other factors hanging over the stock market now, investors could be turning to consumer staples stocks. Why? Well, in essence, even with this problem factored in, demand for these companies’ wares would persist. As the name suggests, consumer staples provide the general public with their basic necessities. This can range from the food & beverage industry to retailers like Walmart (NYSE: WMT) and Costco (NASDAQ: COST).

For the most part, consumer staples are considered among the more defensive plays in the stock market today. While they do not provide the fastest equity gains, some do offer consistent dividends. Given the recent volatility in stocks this week, this could be another incentive for investors now. Evidently, consumer staples appear to be aware of this as well. Late last month, Starbucks (NASDAQ: SBUX) raised its quarterly dividend payout by a whopping 8%. Not to mention, Starbucks alongside McDonald’s (NYSE: MCD) reported stellar quarters recently. Notably, both companies saw year-over-year gains of over 250% in both their respective net income and earnings per share metrics.

On top of all that, some of the biggest names in the consumer staples market continue to optimize their operations now. Namely, Coca-Cola (NYSE: KO) is now turning to “bulk carriers”, a type of cargo ship, to transport more of its supplies globally. This would show that even industry giants in this space are eager to grow with the times. After considering all of this, could one of these top consumer staples stocks be a buy right now?

Top Consumer Staples Stocks To Buy [Or Sell] In October 2021

For starters, we have PepsiCo. By and large, most would be familiar with the global food company’s offerings. This ranges from its famous beverage lines such as Pepsi-Cola and Gatorade to food brands like Frito-Lay and Quaker. By PepsiCo’s estimates, its products are consumed over a billion times a day across more than 200 countries worldwide. Given the market reach of PepsiCo, PEP stock could be a go-to for investors eyeing consumer staples stocks now.

To highlight, this could be the case on account of its recent fiscal quarter earnings report posted yesterday. To begin with, PepsiCo reported an earnings per share of $1.79 on revenue of $20.19 billion. This would exceed Wall Streets’ expectations of $1.73 and $19.39 billion respectively. Furthermore, the company also raised its full-year outlook for revenue and earnings per share growth. All of this would serve to highlight PepsiCo’s resilience despite less-than-ideal operating conditions.

All in all, CEO Ramon Laguarta had this to say, “We are extremely pleased with the progress we are making on our strategic agenda, and remain committed to the investments in our people, supply chain, plants, go-to-market systems, and digitization initiatives to build competitive advantages and win in the marketplace.” With PepsiCo’s current confidence in its growth prospects this year, could PEP stock be a top pick in the stock market now?

Following that, we have Target Corporation. As one of the largest retailers in the U.S., Target would be another notable player in the consumer staples market. Via a network of over 1,900 stores and its proprietary e-commerce portal, Target caters to the needs of consumers nationwide. Like many of its competitors, the company offers a wide range of wares today. This includes but is not limited to groceries, electronics, apparel, and even home furnishings. As such, it could be a prime target for consumers and investors alike as the year-end holiday season approaches.

Not to mention, TGT stock is currently holding on to gains of over 140% since its pandemic era low. Given its role in providing household essentials to consumers throughout the pandemic, this is not surprising. Accordingly, maintaining this momentum in the current quarter appears to be a top priority for Target now. Yesterday, news broke of the company’s plans to raise its hourly wages during peak days this holiday season.

According to Target, this applies to Saturdays and Sundays from November 20 to December 19. In detail, Target store and service center employees working during said days will receive an extra $2 per hour. Meanwhile, employees in the supply chain division will receive the bonus pay for peak periods between October 10 and December 18. In theory, this serves to not only lighten Target’s workforce concerns but also help it gear up for a busy season ahead. As the company kicks into high gear now, will you be keeping an eye on TGT stock?

Last but not least, we will be taking a look at the Kroger Company. In brief, Kroger is an Ohio-based retail company. By Kroger’s estimates, it is the largest supermarket in the U.S. by revenue and the second-largest general retailer. Similar to our previous entry, KR stock could also be worth watching right now. With year-to-date gains of 24%, could the company’s shares still have room to grow?

Well, for one thing, Kroger is not sitting idly by on the operational front now. This is evident given the latest news regarding its ongoing partnership with Beyond Meat (NASDAQ: BYND) and the Real Good Foods Company. As of this week, the Beyond Meat Pizza is now available to consumers via Kroger stores nationwide. According to Beyond Meat, the high-protein frozen pizza is made with its plant-based sausage. Seeing as Kroger is the exclusive retailer of this product, it would serve to expand its current offerings. Moreover, as consumer markets seek healthier or more environmentally sustainable meals, this could benefit Kroger.

If all that wasn’t enough, the company also recently declared a quarterly dividend of $0.21 per share. According to Kroger, its dividends have grown at a double-digit compound annual growth rate since 2006. Overall, Kroger seems to be firing on all cylinders now. With that said, will you add KR stock to your portfolio anytime soon? 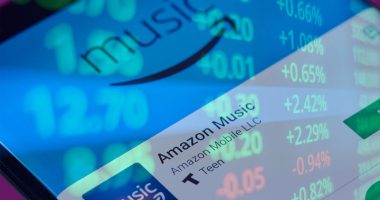 Are Music Streaming Stocks Worth The Attention Now? There has been a… 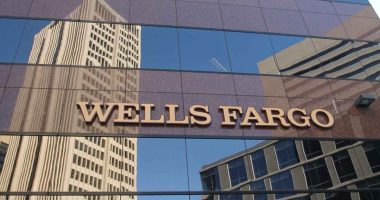 Bank stocks to know as the fourth-quarter earnings season kicks off. 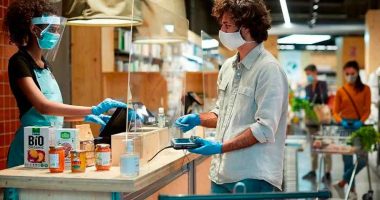 Things could be heating up for these consumer discretionary stocks this summer. 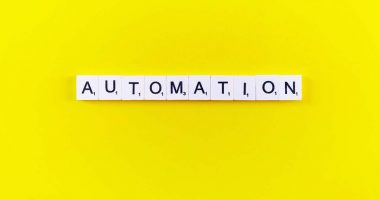 Given the volatility of the stock market right now, automation stocks could be worth a closer look.