Cyclical stocks to consider as the economy continues to roar back to life.
Total
6
Shares
Share 4
Tweet 0
Pin it 2

Are These The Best Cyclical Stocks To Invest In Today?

Cyclical stocks are taking center stage in the stock market today as numerous economic data points come rolling in. To begin with, the latest weekly initial jobless claims figures are in at 190,000. Notably, this is leaps and bounds below the estimated 260,000, marking a 52-year low. On top of that, we also have the latest personal consumption expenditure index numbers to consider as well. Seeing as this is considered the Federal Reserve’s preferred inflation measure, investors would be watching it closely. Not to mention, revised data shows U.S. third-quarter GDP rose at an annual 2.1% pace instead of 2.0%.

Now, what might all this have to do with cyclical stocks might you ask? Well, simply put, cyclical stocks generally flow with economic cycles. Hence, when the economy is doing good, the industry tends to follow suit; and vice versa. With the overwhelming focus on the economy today, cyclical stocks are likely in focus. If anything, cyclicals are not sitting idly by amidst all this as well. Take Deere & Company (NYSE: DE) for instance. The company posted an earnings per share of $4.12 earlier today, topping Wall Street’s projections of $3.90. At the same time, travel firm Booking (NASDAQ: BKNG) is acquiring Swedish travel agency Etraveli for $1.83 billion. By and large, things appear to be heating up in the cyclical sector ahead of Thanksgiving. With that said, here are three top cyclical stocks to know in the stock market now.

Top Cyclical Stocks To Buy [Or Sell] This Week

To begin, we have Apple, a multinational technology company that focuses on its line of premium products and tech services. In detail, it is one of the largest tech companies in the world and also one of the world’s most valuable companies. Its tech services like Apple Music and Apple TV are used by millions around the globe. AAPL stock has risen by over 35% in the past year alone.

Last week, it was reported by Bloomberg that the company is accelerating work on its EV car and is refocusing the project around full self-driving capabilities. This builds upon efforts from the past several years, where Apple’s car team has explored two simultaneous paths. Namely, they would be creating a model with limited self-driving capabilities focused on steering and acceleration or a version with full-self-driving capabilities that do not require human intervention. Engineers are now concentrating on the latter. If successful, this could be a game-changer for the company, given how tech and auto giants have spent years on autonomous vehicles, but the capabilities have remained elusive.

On October 28, 2021, the company also reported its fourth-quarter financials. Diving in, Apple reported a record revenue of $83.4 billion, increasing by 29% year-over-year. Net income for the quarter was $20.5 billion or a quarterly earnings per diluted share of $1.24. During this quarter, the company also launched its most powerful products ever, like its iPhone 13 lineup and M1-powered Macs. All things considered, is AAPL stock worth looking out for right now?

Next, we have Plug Power, a cyclical company that develops hydrogen fuel cell systems to replace conventional batteries in equipment and vehicles powered by electricity. At the heart of the company is its comprehensive hydrogen fuel cell (HFC) turnkey solutions. In fact, the company created the first commercially viable market for its HFC technology. Its solutions are used by customers like Amazon (NASDAQ: AMZN), BMW, The Southern Company (NYSE: SO).

Today, the company announced that it has been selected by Fertiglobe as the technology provider for a 100 megawatts electrolyzer to produce green hydrogen as feedstock for up to 90,000 tons of green ammonia production at EBIC in Ain Sokhna, Egypt. Egypt will be an ideal location to produce green hydrogen given its unique renewables profile and close to markets with a hydrogen deficit. This will also be one of the largest green hydrogen and ammonia applications globally. The company also expects to follow an accelerated schedule to showcase the green hydrogen facility by November 2022 during COP27 in Egypt.

On Tuesday, the company also announced that it has completed the acquisition of Applied Cryo Technologies, a leading provider of technology for the transportation, storage, and distribution of liquefied hydrogen and other cryogenic gases. The acquisition will add significant capabilities, expertise, and technologies to Plug Power. This includes a liquid hydrogen delivery network and fleet, which will allow the company to expand its green hydrogen ecosystem. With this exciting piece of news, is PLUG stock a top cyclical stock to invest in?

Following that, we will be taking a look at Chevron. It is one of the largest oil companies in the U.S. Through its energy-based offerings, Chevron would, arguably, be in a prime position to benefit from a booming economy. After all, the company’s petroleum-based offerings remain a vital component in supply chains globally. As CVX stock continues to trade towards its pre-pandemic levels, could it be worth looking out for now?

Well, for one thing, analysts over at RBC Capital Markets seem to think so. Namely, the firm upgraded its rating of CVX stock from Sector Perform to Outperform, raising its price target to $145. RBC says that Chevron’s “relatively stable portfolio” is a plus point. Moreover, Chevron alongside its energy industry peers could also stand to gain in the current inflationary environment. This would be, as mentioned earlier, due to the consistent need for its fuel-based services amidst the ongoing supply chain pressures.

If all that wasn’t enough, the company also boasts an annual dividend yield of about 4.8%. This would help it appeal to investors looking to make more defensive plays amidst all the activity in the market. Overall, some would argue that CVX stock makes for an appealing play given its industry-leading position and attractive dividend payout. Would you agree? 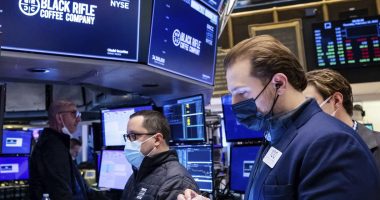 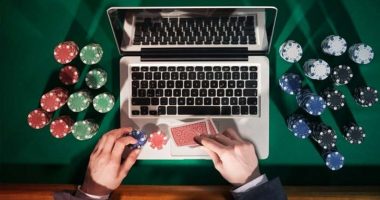 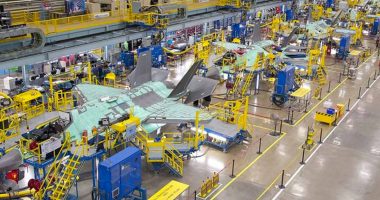 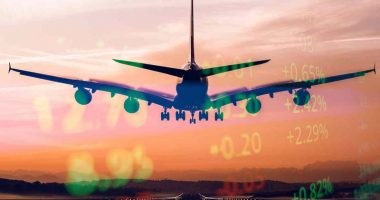 Can Airline Stocks Survive Another Wave Of Covid-19? Why are airline stocks…