3 Gaming Stocks To Watch For January 2022

Do You Have These Top Gaming Stocks On Your Watchlist?

Gaming stocks have not seen the same level of momentum in the stock market as they did at the early stages of the pandemic. After all, with the reopening of the economy, people have more entertainment choices. That said, the recent Omicron scare has gotten governments around the world on their toes. Countries around the globe are reconsidering their restriction policies to curb the spread of the virus. Therefore, it should not be surprising that gaming stocks are starting to gain traction among investors again. In fact, even Bank of America remains bullish on some of the top names in the industry. The bank’s analyst Vivek Arya believes that NVIDIA (NASDAQ: NVDA) and Advanced Micro Devices (NASDAQ: AMD) are poised to keep growing this year.

On one hand, the analyst believes Nvidia is a “top compute pick” as consumers are willing to buy graphics cards at inflated prices. On another hand, AMD’s “Big Navi” products now sell between $299 and $399, well above previous AMD products that went for $150 to $200. Overall, the demand for gaming products remains high and this can only be viewed as a positive for the industry.

Besides that, the industry also rarely lacks exciting developments. For instance, Sony (NYSE: SONY) started the year by announcing its PlayStation VR2 and its new controller, the PlayStation VR2 Sense controller. This would take gaming to a whole new level as players can escape into virtual worlds like never before. Keeping these factors in consideration, do you share the same sentiment regarding the gaming space right now? If so, here are some of the top gaming stocks to watch in the stock market today.

First, let us take a look at one of the leading developers, publishers, and marketers of interactive entertainment, Take-Two. Serving entertainment for consumers around the world, the company is no stranger to most gaming enthusiasts. Some of its most notable products include RockStar Games, 2K, Playdots, and many more. You could access its games through gaming consoles such as Sony’s PlayStation, Microsoft’s (NASDAQ: MSFT) Xbox One, and even portable devices such as smartphones and tablets. Well, it is without question that the past year has been a challenge for TTWO stock. Could things be changing this year?

Last week, Take-Two announced that it has entered a definitive agreement with Zynga (NASDAQ: ZNGA) to acquire all of its outstanding shares. Under the agreement, the transaction will be in cash, and the stock transaction is valued at $9.86 per share, based on the market close as of January 7, 2022. This transformative transaction will significantly diversify Take-Two’s business while solidifying its place as one of the leaders in mobile gaming. Also, it would allow the company to operate at a much larger scale which would deliver significant value to both sets of stockholders.

On top of that, the company will be announcing its third-quarter earnings report on February 7, 2022. Investors should note that the company had a strong financial showing for its previous quarter. During its second quarter, the company’s GAAP revenue continued to grow despite strong economic reopening plays. It reported net revenue of $852.2 million, an increase of 2%. Consequently, it raised its Net Bookings outlook for the fiscal year 2022 to $3.3 to $3.4 billion. Hence, it is understandable that investors will be on the lookout for how the company does in its upcoming financial update. With that in mind, would you consider adding TTWO stock to your watchlist ahead of time?

Another top gaming company that should not be overlooked is Corsair. Unlike Take-Two that develops the games directly, Corsair provides gear for gamers and content creators. In detail, Corsair designs and sells gaming and streaming peripherals, components, and systems globally. From gaming keyboards, mice, and headsets to cooling solutions, the company has it all.

Earlier this month, the company announced that it acquired a 51% stake in iDisplay Technology. For those unaware, iDisplay is a leader in electronic development and design specializing in display technology. Its expertise has earned it a reputation as an innovator of small-form-factor displays and has developed a broad patent portfolio. Safe to say, this addition would be a huge boost for Corsair as it continues to integrate touch-screen technologies into its feature-rich products.

Not to mention, Corsair also recently announced its new CORSAIR ONE i300 range of compact desktop PCs, the latest in the award-winning lineup. The computer will be powered by the latest 12th Gen Intel Core™ processors, debuting with a formidable Intel Core i9-12900K. Also, it will come with an assortment of premium CORSAIR components including VENGEANCE DDR5 memory. Overall, this could be one of the premier choices for PC gaming, creative applications, and more. Given such exciting developments lately, should you be keeping an eye on CRSR stock?

Last but not least, we have the gaming giant, Unity. Essentially, the company provides a platform for creating and operating interactive, real-time three-dimensional content. This includes Create Solutions and Operate Solutions that enable customers to express their imaginations across a range of third-party content distribution platforms. With a belief that technology can change the world, it strives to provide the world with more creators that could play a pivotal part.

In December, Unity announced the availability of the Meta Audience Network for in-app bidding access in Unity Mediation, available within Unity Ads. The solution will give developers access to the most comprehensive demand with over 60+ ad ecosystem partners as well as enhanced tools to set pricing strategies and bid competitively. This means that publishers get self-serve and streamlined access to a premium demand source. Hence, making it quicker and therefore easier to maximize their revenue.

In addition, the company had a stellar third quarter that was driven by innovation and growth. Unity announced revenue of $286.3 million, an increase of 43% year-over-year. In light of this, it was able to confidently raise its revenue growth guidance to 40% for the full year. Therefore, it is not surprising that investors are eyeing the stock right now, in anticipation of its fourth-quarter financial update. All things considered, should U stock be a top gaming stock to watch right now? 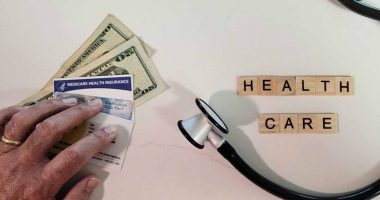 Health care stocks worth knowing as the Omicron Covid-19 variant sweeps the globe. 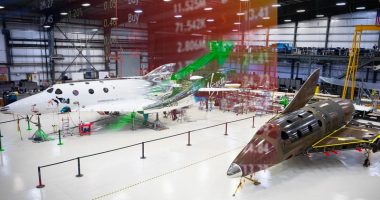 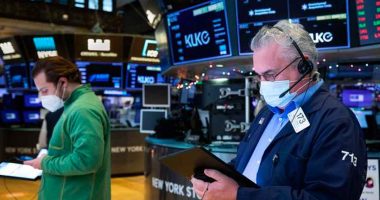 Stock index futures edging up as earnings week draws to a close. 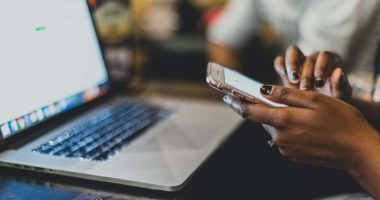 Could these tech stocks continue their momentum to end the year on a high?