Growth stocks to note as markets seem poised for a recovery rally ahead of the Fed’s latest update.
Total
1
Shares
Share 1
Tweet 0
Pin it 0

Growth stocks are arguably a hot area of the stock market to look at right now. On one hand, the sector is suffering on the year-to-date front as countless market headwinds send investors looking for more defensive plays. On the other hand, the recent downturn in their valuations makes for a highly attractive opportunity for some as well. Even with the Fed looking to reel in inflation, some would argue that growth stocks are viable plays in the stock market today. After all, consumer spending is seemingly holding strong and companies are moving past pandemic-era slumps.

For instance, we could look at the likes of Apple (NASDAQ: AAPL) right now. The company is among the gainers in the tech space now thanks to reports of its chip supplier Foxconn resuming operations. This follows recent reports of factories in Shenzhen, China’s “Silicon Valley”, shutting down due to a recent Covid outbreak. Not to mention, Foxconn is also reportedly in talks with Saudi Arabia to jointly build a $9 billion chip manufacturing plant as well. Nonetheless, Apple continues to press forward across the board as well. Just last week, Apple launched several new iterations of its flagship product lines. All of which are sporting its cutting edge proprietary M1 processing chip, offering consumers top-tier handheld tech.

At the same time, even Chinese growth names such as Nio (NYSE: NIO) are seemingly making a comeback now. Namely, the company’s shares are rising alongside its Chinese peers as regulatory pressures continue to subside. On top of that, the electric vehicle firm also received an upgrade from analysts over at Citi (NYSE: C). Should all this have you keen on growth stocks now, here are three in the news now.

Growth Stocks To Buy [Or Sell] This Week

Starting us off today is Amazon. When it comes to big tech players in the growth space now, Amazon would be a prominent name. After all, it operates a massive empire of tech offerings that cater to consumers and organizations across the board. This ranges from world-class e-commerce and cloud computing services to digital streaming and even artificial intelligence (AI). Even with its current operations, Amazon continues to find new ways to grow its business.

For starters, the company received massive news regarding its $8.5 billion acquisition of MGM Studios. Notably, Amazon now has unconditional E.U. antitrust approval for the deal. In theory, this marks a massive win for the company as it looks to better compete against rivals in the streaming space. Through the acquisition of MGM, Amazon is getting access to a vast array of hit movies and franchises. This includes the James Bond, Pink Panther, Robocop, and Rocky IPs among others.

In the larger scheme of things, this serves to make Amazon’s Prime subscription all the more attractive. This is understandable as Amazon’s Prime Video streaming service comes free with any Prime membership. With Amazon seemingly looking to compete with the likes of Netflix (NASDAQ: NFLX) and Disney (NYSE: DIS), we could be looking at exciting times ahead for AMZN stock. Would you agree?

Micron is an industry leader in the innovative memory and storage solutions industry. It continues to transform how the world uses information to enrich itself. Its portfolio of high-performance products includes DRAM, NAND, and NOR memory and storage products. Most of which are under its Micron and Crucial brands. The company’s technologies are used to fuel the data economy, enabling advances in AI and 5G.

Today, MU stock is up by over 8% after Bernstein’s double upgrade to an Outperform rating from Underperform. Bernstein says that the Ukraine conflict will not result in any significant memory chip supply or demand destruction. It also notes that the recent sell-off in Micron and other semiconductor stocks could present a lucrative buy-point for MU stock. Bernstein also says that Micron will see huge gains after oversupply issues in the computer chips space are resolved later this year. Chip prices are also likely to rebound later in 2022, according to Bernstein.

Earlier in the month, the company announced that it is sampling the world’s first vertically-integrated 176-layer NAND solid-state drive (SSD) for the data center. The Micron 7450 SSD with NVMeTM delivers quality-of-service (QoS) latency at or below 2 milliseconds, a wide capacity range, and the broadest set of form factors available to meet the needs of the most demanding data center workloads. “We’re launching the Micron 7450 SSD at the same time PCIe Gen4 is becoming the most widely adopted SSD interface in servers,” said Jeremy Werner, corporate vice president, and general manager of Micron’s Storage Business Unit. With that being said, is MU stock worth investing in?

Ending this list today would be Pinduoduo, one of the largest technology platforms in China. In fact, the company is a mobile-only marketplace that connects millions of agricultural producers with consumers across the country. Pinduoduo also aims to bring more businesses and people into the digital economy so local communities can benefit from increased productivity and convenience through new market opportunities. PDD stock is up by over 30% on today’s opening bell.

This comes after Beijing vowed to roll out policy steps favorable for capital markets. It will also continue to support Chinese firms that want to list overseas. Not to mention, the Chinese authorities will take measures to boost the economy. Furthermore, China is also in talks with U.S. agencies on accounting issues for Chinese companies listed in New York, soothing overseas investors after a selloff due to potential SEC delisting.

Pinduoduo is set to announce its fourth-quarter and fiscal year 2022 financials on March 21, 2022, before the markets open. Also, the company announced late last year that it is increasing its focus on R&D and has pledged to deepen its investment in agricultural technology to raise productivity and promote long-term sustainable development. Pinduoduo says that all profits from its third-quarter will be allocated to the 10 Billion Agriculture Initiative. The initiative will address critical needs in the agricultural sector and rural areas. It will also strive to facilitate the advancement of agritech, promote digital inclusion, and provide agritech talent with greater motivation and recognition. All things considered, is PDD stock a buy? 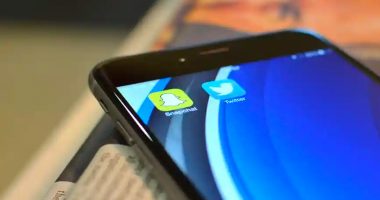 Which social media stock has more room to run after earnings beat? 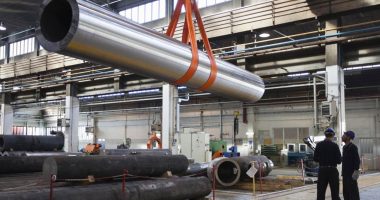 These industrial stocks all look like good potential value plays for your long-term portfolio. 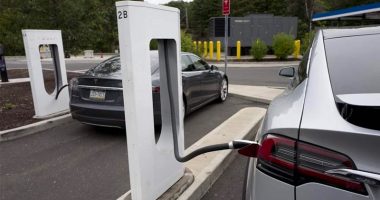 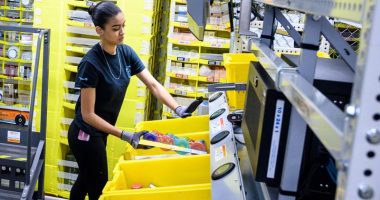 Can investors still cash in on these large-cap stocks for their long-term portfolio?