Are These The Best Aerospace Stocks To Buy Now?

Aerospace stocks have moved sharply in the stock market in recent weeks. Commercial interest in outer space travel has been building up. This comes as cheaper launches and satellites bring outer space nearer to us, not literally of course. Investors are increasingly optimistic about space tourism after Elon Musk’s SpaceX successfully completed its first manned mission this year. There are a couple of major trends driving the aerospace industry.

Firstly, there is a gradual shift from government-driven space programs toward enterprise backed programs. New markets related to space are developing. These include reusable rockets, space travel, satellite-based Internet, and point-to-point transport around the earth. According to Morgan Stanley, the global space industry could grow significantly over the next two decades. The market size may rise from about $350 billion currently to over $1 trillion by 2040.

Investors started the week by looking for top aerospace stocks to buy after Virgin Galactic (SPCE Stock Report) soared nearly 25% during intraday trading on Monday. Including Monday’s climb, SPCE stock has taken off by about 78% year-to-date. This came after two more analysts initiated coverage on the space tourism pioneer with “Buy” ratings. Of course, the positive note sent SPCE stock soaring. While the projected sales for the company in the near-term would be tiny, analysts see huge markets developing in the long-term.

“While Virgin Galactic is not yet operational, the company is gearing up to begin serving customers in early 2021,” the BofA analysts wrote. “We believe SPCE’s growth potential is unparalleled vs. our coverage (of current potential) and the current nascent stages of the company provide investors with a unique entry point into the stock.”

The space tourism business is a highly potential untapped market. But the truth is, it has yet to begin commercial service. There will still be cash burns for years to come before it’s done developing the spacecraft. With Virgin Galactic having only two key remaining test flights in the coming months, investors are betting on SPCE stock to take them “to the moon” shall the spacecraft be successfully built. Now that the market has gotten all excited, will this list of top aerospace stocks to buy provide outsized returns in the decades to come?

California-based Aerojet Rocketdyne (AJRD Stock Report) has proven that it can adapt to the times. The company has recently struck a deal with Boeing (BA Stock Report) to supply a propulsion system with a view to building the Next Generation Interceptor (NGI) for the U.S. Missile Defense Agency (MDA). The company’s engines have played a critical role in getting the Curiosity Rover to Mars. If you are not too familiar with this aerospace and defense stock, the company also plays a part in national defense. It’s part of Northrop Grumman’s Ground-Based Strategic Deterrent program for the U.S. Air Force.

Like most stocks out there, AJRD stock fell as a result of the pandemic. Yet, chances are there will be a little long-term effect. The stock has fallen more than 10% since the start of the year. Since then it’s been making a tepid recovery. The reality is, we are not expecting this to skyrocket anytime soon.

Before being caught up in the coronavirus market panic, ARJD had posted 237% growth over the past five years. The real growth started in 2019, with the renewed U.S. interest in the space program. It seems AJRD stock will bounce back and be on a path of growth. The question is, will you be patient enough?

Lockheed Martin (LMT Stock Report) is one of the best aerospace and defense stocks you can find in the stock market today. Not only does it have revenue, but it also has profits. After all, if you are looking for a pure-play defense stock, LMT stock is just what you are looking for. Its portfolio of products has basically been the leader in the industry.

Some of the best-known American weapon systems come from Lockheed Martin. They include the F-35 fighter jet. F-35 sales have been rising, despite being the most expensive weapon for the Pentagon. In October last year, the Pentagon signed a contract for the delivery of 478 of the jets worth a total of $34 billion. Lockheed Martin sold another $4.7 billion worth of F-35s to the Air Force, Marines, and Navy in March this year. Of course, sales are not just domestic. In January this year. The company signed a $4.6 billion deal with Poland.

While LMT stock has been rising for over 5 years, the stock appears to be moving sideways for most of this year. That’s understandable, as we are in an election year. There could be some uncertainty around defense stocks. It appears that the pandemic could be challenging the budget of governments around the world. And that could eat into some defense spending. Yet, the threat to the growth of the industry is likely to be temporary. As a premier defense manufacturer, Lockheed Martin will likely go strong for the years to come. But will it be growing at the same pace as it did before? Your guess is as good as mine.

Trumps’ sentiments should be a boost to companies like Raytheon Technologies. Despite the challenges of the pandemic, geopolitical tensions go on as usual, if not more. And military readiness continues to be as important as ever. And RTX stock could benefit from positive news flow assuming that the president wants to shore up the country’s equipment for defense or offense, if not both.

Military spending has been a traditional channel for boosting the economy, given the intricate supply chain involved. Given the effects of the pandemic, getting government spending up would be a natural thing to do. After all, with interest rates staying low for the foreseeable future, there is no excuse to be conservative with spending in this department. Having fallen almost 40% since the start of the year, is RTX stock a bargain? 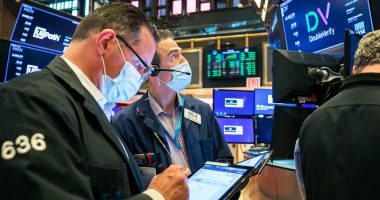 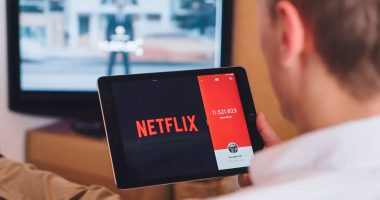 Could these streaming giants continue to flourish in a post-pandemic world? 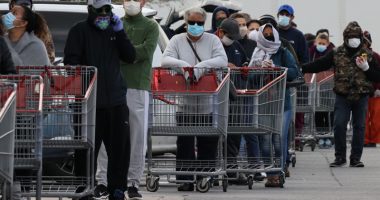 These retail stocks could be set for growth as Pfizer begins the distribution of its coronavirus vaccine. 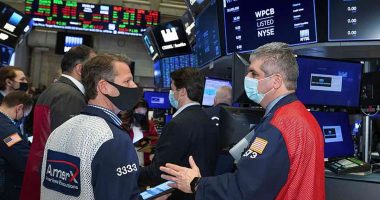 Investors will be looking at latest unemployment claims and more retail earnings in the stock market today.