Momentum is building for these ad tech stocks, are they on your watchlist for next week?
Total
24
Shares
Share 22
Tweet 0
Pin it 2

Can These Top Ad Tech Stocks Power Your Portfolio?

2020 was a breakout year for ad-tech stocks. Despite fears of an economic recession induced by the novel coronavirus, top ad tech stocks in the market have been enjoying a renaissance. A surge in screen time and tech dependence combined with a rise in Connected TV (CTV), or ad-based streaming, seems to be driving a tipping point in the sector. Tech advertising remains insulated from the economic downturn. Yes, you heard that right. In fact, the digital ad market will see explosive growth in the coming years. Global spending could rise 58% from 2020 levels to reach $526 billion by 2024, according to eMarketer.

“Ad-supported CTV is just beginning to draw budgets from linear TV and we will be well-positioned to participate in the strongest segment of industry growth for the foreseeable future,” Michael Barrett, president, and CEO of Magnite.

Before we start looking for the best ad tech stocks to buy, you might be wondering, what exactly is ad tech? And should you care? Well, ad tech (short for advertising technology) is the umbrella term for the software and tools that help agencies and brands target, deliver, and analyze their digital advertising efforts. According to eMarketer, advertisers spend over $70 billion a year on TV  while CTVs ads make up just 10% of TV ad budgets. As CTV continues to phase out cable, top ad tech stocks like Roku (NASDAQ: ROKU) will steal more and more of the $70 billion pie.

First up, shares of advertising platform Magnite has been trending in the stock market in recent weeks. The company has been working to strengthen its CTV’s market share. The most recent acquisition of SpotX from RTL Group, a platform for CTV and advertising would have brought Magnite’s total CTV revenue up to two-thirds of the total in the final months of 2020.

“Integrating SpotX into Magnite will make it easier for agencies and brands to reach premium CTV inventory at scale, with standard features and a single, addressable pool of audiences,” Magnite CEO Michael Barret

With Magnite and SpotX combining, some of the high-profile customers such as Disney’s Hulu, Roku, ViacomCBS, and fuboTV will have to rely on them to sell their products. Many U.S. households are canceling cable and satellite TV service in favor of connecting their TVs directly to the internet. As viewing habits change, advertisers expect to shift their spending to platforms like those that Magnite and SpotX represent. Should the acquisition accelerate the growth of the company, could MGNI stock be looking at further gains ahead?

Next up, PubMatic operates an ad network that processes about 134 billion impressions daily. The focus has been on creating a system that helps customers make data-driven decisions with their ad campaigns to improve the ROI and marketplace liquidity. PubMatic is a company that’s providing software to make advertising increasingly flexible and hyper-focused, and it could have a long runway for growth.

PubMatic is omnichannel, with formats for both the web and mobile devices. There are currently about 1,100 publishers and app developers on the platform, which include biggies like Verizon (NYSE: VZ). The growth of the overall internet depends on the growth of the digital advertising market. And this trend will only continue as more transactions are being conducted online. Will the pandemic lead to a more favorable outcome for PubMatic?

Investors will have the answer when the company reports its quarterly earnings on February 23. While PubMatic isn’t exactly a top dog in ad tech, but at current prices, would it be safe to say that the company has room for dramatic growth?

Trade Desk serves to facilitate the purchase of data-driven digital advertising campaigns across various ad formats and devices. The company is one of the largest independent demand-side platforms (DSPs) in the world. It provides real-time ad pricing and placement for advertisers. Furthermore, Trade Desk’s service software platform serves as a medium that integrates data, inventory, and publisher partners.

Unlike some other advertising companies, The Trade Desk only works with ad buyers. As it does not have its own content platforms, it is able to build a reputation for transparency. Unsurprisingly, the company is able to make the most of its position and developed strong relationships with clients. According to Advertiser Perceptions, The Trade Desk is the third most popular DSP, behind tech titans Amazon and Google.

Moving forward, investors interested in buying TTD stock would need to assess the company’s ability to continue growing revenue and market share. The company’s sky-high valuation could be concerning to some. As a result, any slightest bit of bad news could cause a significant drop in the share price. However, if you are planning to invest in TTD stock as part of your long-term investment, it is still a well-managed business with a massive market opportunity.

Last on the list, Acuity Ads is one under the radar ad tech firm based in Canada. The company finished 2020 up 1,000%, gaining in the second half of the year. This came with growing hopes for its new self-serve platform, illumin. That’s in addition to the broader growth in ad tech, especially as CTV is rapidly gaining share in the massive video advertising market.

The reason for its huge success during the second half of 2020 was because illumin generated more than $1.5 million in the fourth quarter. Now, the earning numbers may not be as much as the ones in this list. But investors have to note that AcuityAds’ market cap is still under $2 billion. Besides, this is just the first quarter that illumin has been on the market. Acuity, which currently trades on the Toronto Stock Exchange and over the counter, is aiming for an IPO on Nasdaq in the coming few months.

Should that materialize, the stock would certainly attract the attention of a larger pool of investors. It would probably be a boost to the stock price. Considering the strong growth from illumin, could we see another strong year for ACUIF stock? 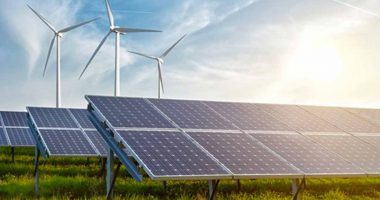 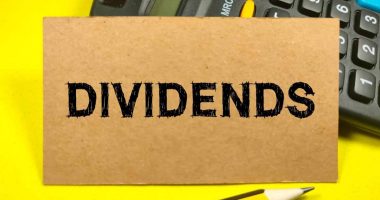 Could these dividend stocks be safe plays for investors amidst the current volatility in markets? 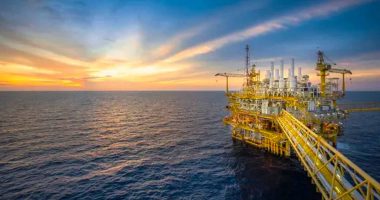 With rising oil prices, could these oil and gas stocks continue to build on their momentum? 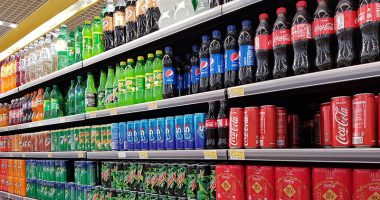 As we enter another earnings season; do you have these consumer stocks on your list?