4 Consumer Stocks For Your Watchlist This Week

As we move along the earnings season, consumer stocks may be worth a closer look in the stock market. This is largely thanks to a number of big retailers reporting their quarterly financials this week. As such, some investors may be keeping their eyes peeled. Besides that, we also recently had the Personal Consumption Expenditure (PCE) report come out. Namely, the report showed that consumer spending accelerated faster than expected, increasing by 2.1% in January compared to the estimated 1.6%. Seeing that consumers are continuing to spend despite this period of fast-rising inflation, some investors may be turning to these consumer stocks.

For instance, Kroger (NYSE: KR) stock is in focus following an upgrade from Telsey Advisory Group. Telsey said that the market isn’t giving the retailer enough credit for its digital channel sales effort. Analyst Joseph Feldman upgraded the stock to ‘Outperform’ due to his confidence in the company’s multi-year omnichannel growth runway. Next to this, we have Hormel Foods (NYSE: HRL) with quarterly earnings and revenues that surpassed consensus estimates. CEO Jim Snee said “Our foodservice businesses had another outstanding quarter, indicating the value of our direct selling organization and differentiated product portfolio.” With all that said, do you have this list of top consumer stocks to buy in the stock market today?

Target is a general merchandise retailer that operates through its stores and digital channels. Its stores offer a range of food assortments including perishables, dry grocery, dairy, and frozen items. Customers can also purchase these items through the company’s digital channels. As a matter of fact, Target operates more than 1,900 stores throughout the U.S. and hires over 400,000 employees. Over the past year, TGT stock has risen by over 25%.

This month, the retailer reported its latest quarter and full-year 2021 earnings. For starters, the company brought in about $106 billion in total revenue for the full year. This indicates growth of nearly $28 billion or 35% over the past two years. Along with that, Target also brought in GAAP earnings per share of $3.21, a new all-time high. In the previous year, earnings per share were $2.73, or 17.8% lower. Total net earnings for the year was about $6.95 billion, up by an impressive 59% over $4.37 billion from a year ago.

Apart from this, the company has plans to invest up to $5 billion this year. Accordingly, the investment will flow into new physical stores, remodels, new brands, and expanding its online footprint. This will help Target to further drive sales growth and differentiate itself from rivals. Given Target’s impressive performance, is TGT stock a buy?

Following that, we have Kohl’s, a leading omnichannel retailer. With more than 1,100 stores in 49 states, Kohl’s is the largest department store chain in the U.S. as of December 2021. The company also has an impressive e-commerce platform at Kohls.com. Additionally, there’s the Kohl’s App which offers amazing national and exclusive brands for families nationwide. It is also uniquely positioned to deliver against its strategy as a trusted retailer of choice for both active and casual lifestyles. Impressively, KSS stock has risen by about 14% since the start of the year amid a period of market turbulence.

This month, Kohl’s reported its fiscal fourth-quarter financials. Starting with revenue, that figure came in at about $6.5 billion compared to $6.14 billion in 2020. As for earnings, the retailer raked in earnings per share of $2.20, beating analyst estimates of $2.12. The company attributes this to its strategy of securing new customers and selling more goods at full price points.

Kohl’s also managed to achieve an operating margin of 8.6% two years ahead of its 2023 plan. Notably, this was a direct result of its efforts to restructure the business to be more profitable. Aside from this, the company expected net sales for 2022 to increase by 2% to 3% year-over-year. Given Kohl’s performance this past quarter, is KSS stock worth looking at?

Another top consumer stock on this list to watch is Nordstrom. For the most part, it is a fashion retailer of full-line luxury apparel, footwear, accessories, and cosmetics among others. The company operates through multiple retail channels, boutiques, and online as well. As it stands, Nordstrom operates around 100 stores in 32 states in the U.S. and three Canadian provinces. For a sense of scale, the company has approximately 62,000 employees as of last year.

This month, Nordstrom reported fourth-quarter results that were in line with the company’s 2021 outlook. Diving in, total net sales for the quarter increased by 23% year-over-year. Impressively, digital sales accounted for 44% of total sales during the quarter. This represents a 23% growth in digital sales when compared to fiscal 2019. The company also reported net earnings of $200 million, a substantial jump from $33 million during the same period last year. This was primarily thanks to higher sales volume and gross margin.

Results aside, Nordstrom also provided its financial outlook for fiscal 2022. Notably, it expects revenue growth, including retail sales and credit card revenues, of 5% to 7% versus fiscal 2021. It also expects its earnings per share to be between $3.15 and $3.50. All things considered, is JWN stock worth watching?

Finally, we have Costco, the membership-only big-box retail store that many of us are likely familiar with. After all, it is the go-to store when consumers wish to buy items in bulk. Costco sells a variety of products ranging from dry food and sundries to consumer durables to fresh food. In fact, the average Costco warehouse is approximately 146,000 square feet. Over the past year, COST stock has grown by over 50%.

The big-box retailer reported its second-quarter fiscal 2022 earnings this month. In brief, Costco beat consensus expectations in nearly every category. The company reported a total revenue of $51.9 billion and an EPS of $2.94 per share. For reference, this is versus Wall Street forecasts of $51.47 billion and $2.74 respectively.

On top of that, billionaire investor Charlie Munger recently reiterated his confidence in the company. He strongly believes that Costco will do well in the long run and does not intend on selling his stake. Besides that, he also believes Costco has the potential to dominate as an online player as well. In its fiscal year 2021 report, Costco’s e-commerce sales jumped by 44% on a year-over-year basis. Given Munger’s confidence in the company, would you buy COST stock? 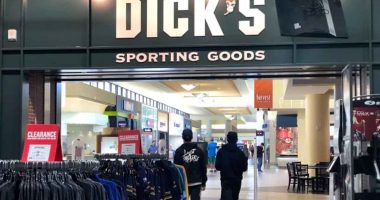 Can these retailers maintain their current momentum this quarter? 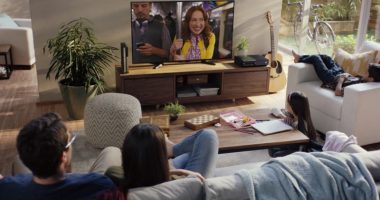 3 tech stocks to watch ahead of the final quarter of 2020. 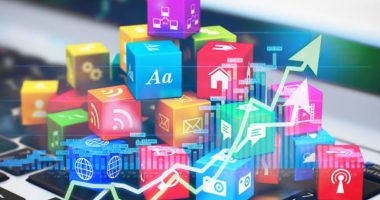 Are These The Top Tech Stocks To Watch This Week? Many of…