4 Electric Vehicle Stocks To Watch In May 2022

Do You Have These Electric Vehicle Stocks On Your Watchlist Today?

As the world looks to go green, electric vehicle (EV) stocks could be worth checking out in the stock market. After all, plenty of automakers has been announcing plans to electrify their fleets. All this comes at a time where issues ranging from environmental concerns to fluctuating oil prices continue to push consumers towards more sustainable alternatives. Besides that, governments are also backing the EV push. For instance, the Biden administration in February announced plans to allocate $5 billion to build a national EV charging network. With proper infrastructure in place, it will enable a smoother transition to EVs. As such, investors may want to consider investing in this upcoming industry.

Investors keen on EV stocks could consider the likes of Honda (NYSE: HMC). The Japanese automaker recently announced plans to invest roughly $40 billion in electrification and software technologies over the next 10 years. Besides that, it also aims to electrify two-thirds of its global automobile unit sales in 2030. Elsewhere, we have Rivian (NASDAQ: RIVN). Earlier this month, the company said that it is on track to achieve its production target of 25,000 vehicles this year. It said it had made 2,553 vehicles and delivered 1,227 cars in the first quarter. All in all, as EVs start to become mainstream, check out these EV stocks in the stock market today.

Starting us off today is Lucid, an up-and-coming EV maker. Essentially, it is an automotive company that develops, manufactures, and sells EVs, EV powertrains, and battery systems made in-house. As of now, the company’s primary focus is on in-house technological innovation, vertical integration, and a clean-sheet approach to engineering and design. Following these principles, it has led to the development of its ground-breaking EV, the Lucid Air. Just this week, the EV maker announced that it has signed a massive agreement with the Saudi Arabian government.

Namely, it is for the purchase of up to 100,000 Lucid vehicles over the next 10 years. Under the agreement, Saudi Arabia will be purchasing 50,000 vehicles, with an option to buy an additional 50,000 vehicles during the ten-year time frame. For those unaware, Saudi Arabia’s Public Investment Fund is Lucid’s largest shareholder, with a 61% stake in the company. Currently, Lucid manufactures its vehicles in Arizona. However, it has plans to expand production into Saudi Arabia later this year, where it expects to manufacture up to 150,000 vehicles per year. According to Lucid, the company has not offered discounts for the vehicles purchased under the agreement. Given this exciting news, should you invest in LCID stock?

Next up, we have General Motors or GM for short. As one of the pioneers in the automotive industry, it designs, builds, and sells trucks, cars, and automotive parts. Besides that, GM also operates Cruise, a segment that engages in the development and commercialization of autonomous vehicle technology. With speculations of autonomous driving and electric vehicles being the future of the industry, GM constantly builds on its strong foundation to capitalize on these long-term trends.

This week, the legacy automaker reported its first-quarter earnings for the year. For starters, the company brought in total revenue of $35.98 billion this quarter, missing the consensus estimate of $37.01 billion. However, it saw better profits as it reported adjusted earnings per share of $2.09, beating Wall Street estimates of $1.68 per share. As for its guidance for the year, GM bumped its earnings guidance to between $6.50 and $7.50 per share. For comparison, its previous guidance was between $6.25 and $7.25 per share. GM says this adjustment is a result of increasing its ownership stake in its Cruise autonomous vehicle unit. Thus, should you be watching GM stock?

Another top EV stock to watch is Ford. The company has had a huge presence in the automotive industry for more than a century. In detail, it designs, manufactures, markets, and services a full line of electrified passenger and commercial vehicles. This includes Ford trucks, utility vehicles, vans, cars, and even Lincoln luxury vehicles. Besides increasing its electrification efforts over the years, the company is also investing in the development of autonomous vehicles through Argo AI. The company announced this week that it has started the production of its highly-demanded F-150 Lightning electric pickup truck.

This marks a milestone for the legacy automaker that will test whether its never-ending demand for F-Series trucks will extend to EVs. Looking at the current reservations for the F-150, it seems that the electrification of the pickup will pan out for Ford. At the moment, the company has 200,000 reservations for the F-150, which has prompted the company to double its annual production to 150,000 vehicles in 2023. CEO Jim Farley even called the F-150 Lightning a “Model T” moment, alluding to the pivotal moment for Ford which revolutionized mass production. Given the positive prospects of the F-150 Lightning, would you buy F stock?

Last, but not least, we have Fisker. In brief, the company is named after legendary automotive designer Henrik Fisker. Among the core focuses of Fisker is to develop the most eco-friendly EV in the market. In its efforts to do so, the company is also aiming to become the top e-mobility service provider with the world’s most sustainable vehicles. Currently, the company remains hard at work in developing its Fisker Ocean electric SUV. In a recent interview with CEO Henrik Fisker, the company is hoping to boost its production with contract assembler Magna (NYSE: MGA).

Specifically, Fisker is looking to boost its production capacity to 150,000 vehicles from 2024 onwards at Magna’s Austrian plant. This boost is based on the surge of reservations for the company’s Fisker Ocean SUV. Fisker says that it has taken more than 40,000 reservations for the SUV, which starts at $37,499 in the U.S. The company also expects reservations to more than double by the end of the year. Seeing that Magna holds a 6% stake in Fisker, the CEO is bullish on its production prospects thanks to its close relationship with Magna. With that being said, should you add FSR stock to your watchlist? 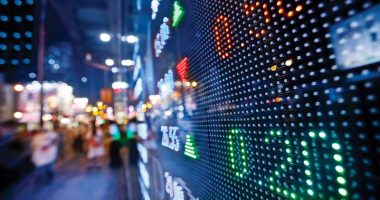 Are Investors Watching These Top Tech Stocks In 2020? Many tech stocks… 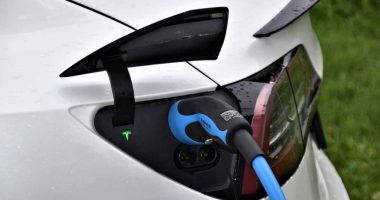 Could EV charging stocks be a viable play as electric cars look to go mainstream? 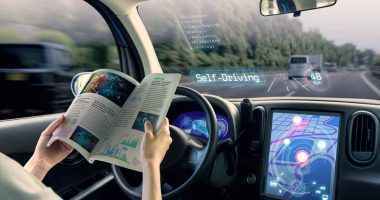 Could these stocks be good bets on the future of driverless cars? 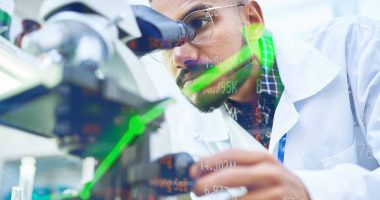 Are These The Top Biotech Stocks To Watch In June 2020? The…