Could these stocks be good bets on the future of driverless cars?
Total
30
Shares
Share 28
Tweet 0
Pin it 2

Are These These The Best AV Stocks To Buy This Week?

Autonomous vehicle (AV) stocks are among the most exciting industries in the stock market. Who doesn’t like the idea of getting to your destination safely while having the ability to multitask in your vehicle? This is basically the dream scenario that the automotive industry promises. That said, it is still a young industry with plenty of untapped potential. So, it is not surprising that some of the largest tech companies in the world are showing interest in the industry.

For example, Alphabet Inc (NASDAQ: GOOGL) has recognized the need for autonomous driving technology dating back to 2009. The company dived into the industry through the Google Self Driving Car Project and now it is an independent AV tech company known as Waymo. Besides that, Intel Corporation’s (NASDAQ: INTC) Mobileye has also recently taken up the challenge of testing its AVs in New York City. The city has been notorious for having one of the most congested streets in the world. So, if the trials are successful, this could be a huge milestone for Mobileye and the AV industry as a whole. With all said and done, do you believe in the viability of vehicles going autonomous? If you do, then here are 4 of the top autonomous vehicle stocks to watch in the stock market today.

Luminar is an autonomous vehicle and lidar technology company for passenger vehicles and trucks. In detail, it designs, builds, and sells long-range lidar products for autonomous driving. Its products include Hydra and Iris lidar sensors. LAZR stock has risen by almost 70% over the past year. That said, some may consider the current price an attractive opportunity.

In July, Luminar announced the acquisition of its exclusive InGaAs chip design partner, OptoGration Inc. This brings specialized core IP and a secure supply chain as Luminar scales, Iris, into series production with its OEM customers. Also, it allows deeper integration with its existing chip design subsidiary Black Forest Engineering. Now, the company can combine the latest technology from OptoGration and Black Forest Engineering to power its new fifth-generation lidar chip in Iris.

The company will be announcing its second-quarter business update on August 12. So far, it has remained focused on hitting its target this year from its first-quarter update. The company’s revenue came in at $5.3 million, up by 37% year-over-year and a sequential 118% increase from the previous quarter. So, can Luminar keep up its performance this year? If you believe so, would you add LAZR stock to your watchlist?

Another key company to watch out for in the AV industry is Ambarella. The company engages in the development of high-definition (HD), ultra HD video compression, image processing, and computer vision solutions. Its products are used in a variety of computer vision applications such as autonomous driving, advanced driver assistance (ADAS), and other robotic applications. AMBA stock has risen more than 120% year-over-year.

Late June, the company announced that Arrival (NASDAQ: ARVL) has selected the Ambarella CV2FS CVflow® AI vision processor for the environmental perception module available for all types of Arrival vehicles. It will be used to enable autonomous driving and ADAS features in the Arrival Bus and Van. Ambarella’s tech provides the required neural network processing performance, stereovision support, and superior image quality while running at extremely low power. Therefore, improving the safety and efficiency of Arrival’s commercial vehicles.

Financially, Ambarella is also trending in the right direction. For its fiscal first quarter, the company posted revenue of $70.1 million, up 28% year-over-year. On top of that, its gross margin was 62.4% compared with 58.6% for the same period last year. It is noteworthy that the company currently boasts the strongest product portfolio in its history. Given that the company will be posting its second-quarter business update at the end of the month, would you invest in AMBA stock ahead of its report?

Following that, we have a global technology company committed to serving the automotive sector, Aptiv. The company specializes in-vehicle components and provides electric and electronic, and active safety technology solutions to the automotive vehicle markets. APTV stock may be trading sideways for the most part of the year. That said, it has still climbed over 20% year-to-date.

For those unaware, the company has a strong hand in the AV industry through its joint venture with Hyundai Motor Group to form Motional. Last month, Motional announced that it is working with Eversource Energy to pilot a new potential application for AVs. The company would like to explore the potential of using AVs for real-time infrastructure monitoring. Not only does the company’s vehicles prioritize road safety, but it is also exploring other capabilities that would benefit society.

Last Thursday, Aptiv announced its second-quarter financial report. The company’s revenue came in at $3.8 billion, representing an increase of 94% from the prior-year period. Meanwhile, its GAAP net income was $147 million, compared to a net loss of $369 million the prior year. This strong financial showing validates the strength of its portfolio of market-relevant technologies aligned to the safe and green megatrends. With all these in mind, would you consider APTV stock as a top AV stock to watch?

To sum up the list, we have the semiconductor giant, QUALCOMM. Some of you may be wondering, why is one of the leading 5G companies in the world being mentioned in the automotive industry? Well, this is because of its Snapdragon Ride Platform Portfolio. The Snapdragon Ride offers an open programmable framework that allows automakers to customize the platform for their unique requirements.

Furthermore, the company has also submitted an offer to acquire Veoneer (NYSE: VNE). This proposed acquisition reinforces the company’s commitment to bring advanced technology to the automotive industry. As presently constructed, Veoneer has said it will engage in takeover discussions with Qualcomm whose $4.6 billion bid is likely superior to an earlier offer from Magna International (NYSE: MGA). If successful, this would put the company in an advantageous position within the advanced safety features industry.

Qualcomm also had a fine showing in its third-quarter financial report. The company posted revenue of $8.06 billion, up by 65% year-over-year. Also, its adjusted net income came in at $2.2 billion, representing a whopping 124% increase. By and large, this is due to the rapid adoption of new 5G devices and the sales of smartphone chips. Given the impressive performance of the company’s core products and its expansive nature in other growing industries, would you bet on the future of QCOM stock? 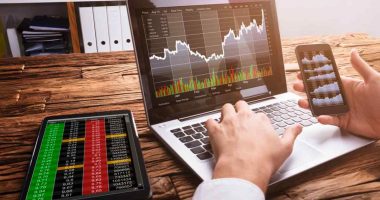 With the current weakness in tech, investors could be eyeing these hot tech stocks now. 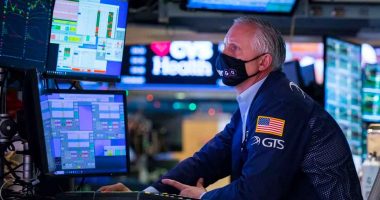 Investors err on the side of caution as inflation among other economic data points are on tap this week. 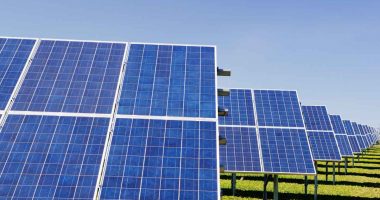 Is now the time to buy these top renewable energy stocks? 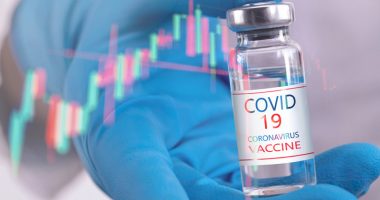 How will these biotech stocks perform after the announcement of AstraZeneca’s positive vaccine results?