Could these industrial stocks be in for huge gains as the general public gets vaccinated?
Total
1
Shares
Share 1
Tweet 0
Pin it 0

Looking For The Best Industrial Stocks To Watch Right Now? 4 Names To Know

Many industrial stocks had a tough time on the stock market when the pandemic hit. Understandably, this is because of how closely linked they are with the economy. Before we go any further, what exactly are industrial stocks you may ask? In brief, industrial stocks consist of companies that produce construction and manufacturing tools, along with those that provide related services. No doubt, manufacturing is a key driving force for productivity growth and innovation. By extension, this links it back to the economy, which, as you might have guessed, dived last year. However, investors may be giving the sector another look as the U.S. ramps up its vaccination efforts.

Earlier this week, it was announced that U.S. states will receive their biggest increase in vaccine doses by far. The White House also revealed that it would be sending 2 million doses directly to pharmacies, doubling its previous figure. This could play out well for the broader industrial sector as we inch closer towards the end of the pandemic. As it stands, some key players in the industry have already begun to pick up speed. For example, Honeywell International (NYSE: HON) and Generac Holdings (NYSE: GNRC) have recovered tremendously since the March selloffs. For investors looking at the sector for long-term investments, would you consider adding these top industrial stocks to your watchlist right now?

Starting us off is MKS Instruments. The company is a global manufacturer and supplier of measuring instruments and solutions. MKS’s core products are paramount in the monitoring and analysis of advanced manufacturing processes. Simply put, clients rely on the company’s offerings and services to maintain process performance and productivity across their manufacturing lines. In theory, MKS could serve as an enabler for booming industries looking to ramp up manufacturing efforts.  Notably, MKSI stock has already more than doubled since the March lows and seems to show no signs of slowing down.

Earlier this month, news broke that MKS extended a $6 billion cash-and-stock takeover offer to laser manufacturer Coherent (NASDAQ: COHR). Particularly, MKS said that this move was initiated in hopes of grabbing a larger share of the emerging laser and photonics market. More importantly, MKS’s offer comes as Coherent is in talks with telecom company Lumentum (NASDAQ: LITE) on a similar deal. Now, MKS’s deal represents a premium of 16% over what Lumentum is offering Coherent.

According to Reuters, Coherent said that “Its board had determined that MKS’ proposal could lead to a deal that is superior to its pending transaction with Lumentum and it would engage in further talks with MKS.” Ideally, MKS could be looking at a massive expansion to its portfolio. Given all of this activity, do you think MKSI stock is worth watching?

Following that, we will be looking at manufacturing company Applied Materials. It is a California-based corporation that supplies equipment, services, and software for manufacturing purposes. The company’s offerings play key roles in the production of semiconductor chips, flat panel displays for consumer tech, and solar products. Given its areas of operation, the company would be a part of growing semiconductor and clean energy trends. Likewise, AMAT stock is looking at gains of over 30% year-to-date. If that wasn’t enough, it posted solid figures in its first-quarter fiscal after yesterday’s closing bell.

Diving right into it, Applied Materials reported earnings per share of $1.39 for the quarter, a 41.8% year-over-year increase. On top of that, it also saw a total revenue of $5.16 billion for the quarter. CEO Gary Dickerson cites the continued acceleration of demand in the company’s core semiconductor business as a key factor of the company’s latest performance. This would be the case as industry trends fuel increasing consumption of its silicon-based offerings across several key markets.

All this coupled with the recent semiconductor chip shortages could continue to accelerate Applied Materials’ growth. Could this make AMAT stock a top industrial stock to watch now? I’ll let you decide.

[Read More] Do You Have These Top Health Care Stocks On Your Watchlist? 4 Making Waves

Deere is another top player making waves in the industrial sector right now. For some context, the company manufactures agricultural, construction, and forestry machinery. This ranges from diesel engines and drivetrains to lawn care equipment. To highlight, Deere is operating in the agricultural industry which is undoubtedly essential to maintaining food supplies around the globe. For this reason, I could see investors turning to DE stock in good times and bad. This does appear to be the case as DE stock has surged by over 160% since the stock market crashed in March. That’s not all, Deere also crushed analysts’ estimates in its first-quarter fiscal posted before today’s opening bell.

In detail, Deere reported earnings per share of $3.87, compared to a consensus estimate of $2.14 a share. This adds up to a massive 137% surge from the same quarter last year. In terms of global sales, the company posted earnings of $9.112 billion trampling analysts’ estimates of $7.225 billion.

CEO John May gives credit to outstanding performance across its portfolio along with improving farm and construction sector conditions for the successful quarter. As the economy continues to recover, will you be watching DE stock?

Last but not least, we have General Electric. To begin with, the multinational company is a juggernaut in the industrial sector with over a century of experience. Today, General Electric mainly focuses on the fields of power, renewable energy, aviation, and healthcare. Like most companies in the sector, General Electric did feel the pinch of the pandemic as the aviation industry was virtually halted. Despite this setback, its mammoth portfolio helped it weather 2020 to a certain extent.

To summarize, the company reported total revenue of $21.94 billion in its fourth-quarter fiscal. On top of that, it ended the quarter with $22.81 billion in cash on hand, a 57% year-over-year increase. Similarly, recent investor sentiment for GE stock also remains healthy as it is up by over 80% in the past six months.

In more recent news, General Electric has also been hard at work expanding its renewable and industrial software businesses. Earlier this week, the company’s renewable energy arm, GE Renewable Energy, revealed that it will be involved in the largest onshore wind farm in Europe. Meanwhile, its software arm, GE Digital, is now working with cloud-data analytics company Teradata (NYSE: TDC) to provide aviation-related solutions. With General Electric firing on all cylinders, will you be adding GE stock to your watchlist? 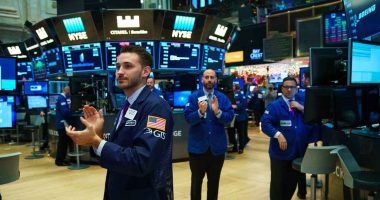 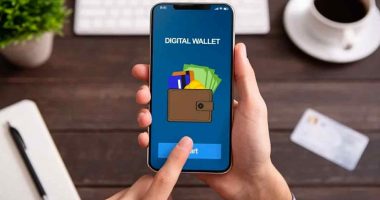 These 3 fintech stocks are poised to benefit from the transition to a cashless society. 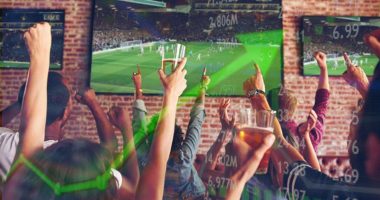 Sports Betting Stocks; A Multibillion-Dollar Opportunity? There’s a multibillion-dollar industry that has… 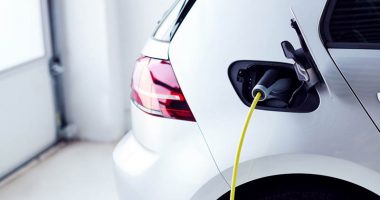 Could these electric vehicle stocks provide better returns than Tesla?