These 4 top silver stocks are in focus this week amid silver’s rapid rise.
Total
3
Shares
Share 1
Tweet 0
Pin it 2

Are These The Best Silver Stocks To Buy Now?

Silver stocks climbed early on Monday. This came after a surge in retail trading pushed the price of silver to an eight-year high. As the war between Reddit board traders and hedge funds continues, it seems to me that a “silver squeeze” could be imminent. Popular subreddit r/WallStreetBets (WSB) could be hinting to bank on silver stocks, which sent prices of the semi-precious metal sharply higher late last week. In detail, one Reddit poster mentioned that the silver bullion market could also be one of the most manipulated on Earth. The user also encouraged many other retail investors to trigger a short squeeze in silver paper shorts.

Now to be fair, we know that there is a strong demand for the uses of silver. From solar panels to electric cars and electronics, silver has an enormous appeal as a precious metal and industrial asset. Could silver stocks be the next target for Reddit day traders and their crowdsourcing power? If so, we could be seeing another rally that GameStop (NYSE: GME) has enjoyed so far this year. It is evident as the ripple effect is already reaching the market as silver stocks like iShares Silver Trust (NYSE: SLV) have been up by 15% in the last 5 trading sessions. Silvercorp Metals (NYSE: SVM) is another silver stock that has been up by over 17% today as of 10:35 a.m. ET.

Whether or not WSB’s obsession with silver is short-lived remains to be seen, but there’s no question that SLV stock and other top silver stocks are heating up right now. With all that being said, do you have a list of top silver stocks to buy amid silver’s rapid rise?

First Majestic is a silver-mining company that operates in Mexico. It has seven production mines under its control. The company also produces and sells its own bullion rounds and bars. Aside from its production mines, the company also has exploration and development projects that are ongoing. AG stock is currently trading at $22.03 per share as of 12:47 p.m. ET and is up over 20% since last week’s closing.

How has the company been doing financially? In its third-quarter financials posted in November, First Majestic reported stellar financial results. The company reported that it achieved a record quarterly revenue of $125.9 million, representing a 30% increase due to higher metal prices. It also successfully reduced cash costs to $2.49 per payable silver ounce, representing a 35% decrease.

CEO Keith Neumeyer had this to say, “We generated record quarterly revenues, cash flows, and earnings as a result of higher metal prices, improved production rates, good cost control management, and the decision to delay the sale of inventory from the prior quarter. Along with our record cash and working capital position, the Company is poised to close out 2020 as one of its strongest years in the Company’s 18-year history.” With such a solid performance, will you consider buying AG stock?

Another top silver stock in focus now would be Avino. The company specializes in producing silver. In detail, its pipeline also consists of gold and other base metal properties which the company mines in Mexico. Avino produces silver from its wholly owned Avino Mine in Durango, Mexico. Amidst the current attention on silver, ASM stock has surged by over 120% at today’s opening bell. It has since taken a breather falling to $1.80 a share as of 11:16 a.m. ET. Aside from the current excitement over silver, long-term investors may be curious as to what the company has been up to lately.

Last Friday, the company announced an at-the-market share offering of up to $25 million. The timely play has served Avino well as retail traders flock to the sector right now. In terms of business highlights, the company announced an updated estimate on measured and indicated silver in its Avino Mine. Compared to its earlier assessment back in February 2018, the company reported a 60% increase in silver equivalent ounces. The current figure stands at a top line of 75.9 million ounces. All in all, it seems that Avino is in for a busy year ahead as its operations continue to expand. Could this mean big gains for ASM stock moving forward?

Gatos is a mining corporation that is based in Colorado. The company is a precious metals production and exploration company that primarily focuses on silver. The company’s stock price has been up by 150% since its IPO in October and is rallying on this latest silver rush. The company’s IPO is the largest precious metals IPO since 2010 and Gatos certainly has the fundamentals to back this claim.

The company has recommissioned its Cerro Los Gatos (CLG) mine after a mandated project suspension due to the coronavirus pandemic. The mine is still on track to achieve full production status. Recently, the company provided an update for the operations at its CLG mine. In 2020, CLG produced 4.2 million silver ounces in concentrate and had demonstrated the ability to achieve its 2,500 tonnes/day design processing rate. CLG also achieved a steady improvement in mining rates of 2,324 tonnes/day of production by year-end despite the mandated temporary suspension that was mentioned earlier. All things considered, will you buy GATO stock?

[Read More] Are These Retail Stocks Worth Buying In February? 4 Names To Know

Coeur is an Illinois-based precious metal mining company. The company mainly operates out of five mines across North America. Notably, Coeur mines for gold, silver, zinc, and lead throughout these wholly-owned operations. CDE stock skyrocketed 18.34% as of 11:24 a.m. ET. After such a spike, you may be wondering if there’s more room to run for CDE stock beyond the internet trader-related excitement? Let’s take a closer look at Coeur’s recent financials to get a clearer picture.

In its recent quarter fiscal posted in October, Coeur reported a 49% quarter-over-quarter rise in total revenue. This added up to a total of $229.7 million for the quarter. On top of that, it also reported having $77.15 million in cash on hand as well. More importantly, Coeur saw solid quarter-over-quarter growth in production. Gold production increased by 23% to over 95,000 ounces while silver production shot up by 58% due to positive results at its Palmarejo mine.

Moving forward, CEO Mitchell Krebs said, “With strengthening operational performance, successful execution of our near-term organic growth opportunities, and a sustained commitment to our exploration investments, we remain on track to fundamentally reposition the Company and unlock meaningful long-term value for our stockholders.” Given all of this, will you be adding CDE stock to your watchlist? 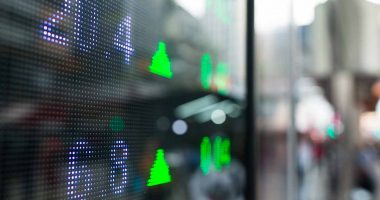 Should investors turn their attention to Chinese tech stocks now? 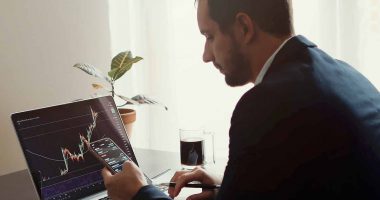 Cyclical stocks to consider as the red hot economy keeps chugging along. 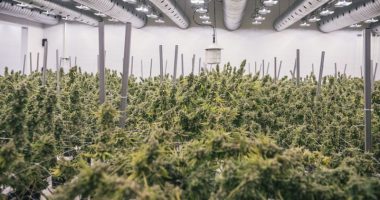 Marijuana stocks could rally as the United Nations reclassifies cannabis as a less dangerous drug. 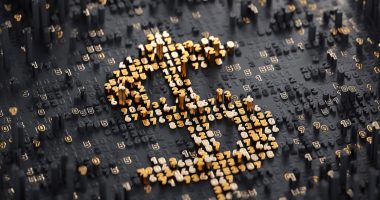 Will these tech stocks continue to rise as people become more and more dependent on digital solutions?