Could EV stocks make for a viable play in the stock market this week?
Total
1
Shares
Share 1
Tweet 0
Pin it 0

As April approaches, investors may be thinking of what stocks to invest in in the stock market. Arguably, investors looking to invest in a booming industry may be considering electric vehicle (EV) stocks. After all, carmakers around the world are starting to shift towards having fully-electrified line-ups. And not only that, governments are providing incentives and subsidies to spur the EV transition. With these reasons pointing towards a massive change in the industry, it would make sense for investors to be making a list of the best EV stocks in the stock market.

Take a look at Nikola (NASDAQ: NKLA) for instance. Last Wednesday, the EV truck company announced that it has finally begun production of its electric Tre semi-truck at its factory in Coolidge, Arizona. According to its executives, Nikola plans to begin deliveries of the trucks in the second quarter. Elsewhere, Chinese EV company XPeng (NYSE: XPEV) reported its fourth-quarter earnings today. Notably, revenue for the quarter was $1.3 billion, tripling from a year ago. Not only that, the company has also expanded into the Netherlands and Sweden last month. With all that said, check out these five EV stocks in the stock market today.

Starting things off for today, we have Tesla. When discussing the top EV players in the market now, it would be hard to overlook this titan. Thanks to its vast experience and leadership in the market, the company now boasts a vast network of operations. The likes of which span the U.S., China, and Europe.

More importantly, TSLA stock continues to rise as EVs become more mainstream. Thanks to Tesla’s latest announcement, this appears to be the case today as well. In essence, the company is looking to split its stock with the intention to pay a stock dividend to shareholders.

This information comes from a filing with the SEC earlier today. As a result, investors looking to make the most of this positive update from Tesla could be keen to invest in TSLA stock now. Seeing as the stock has more than doubled in value since its last stock split in 2020, could now be the time to jump on TSLA stock?

Joby Aviation develops and manufactures all-electric, vertical take-off, and landing aircraft. The company has set its eyes on operating as a commercial passenger aircraft by the beginning of 2024.

As such, the company has spent more than a decade developing and testing its zero-emission aircraft. In addition, the aircraft is capable of traveling more than 150 miles on a single charge while carrying four passengers. The company also boasts a team of more than 800 engineers and experts working to bring aerial ridesharing to the skies.

Last week, the company shared its outlook for the year. Notably, Joby will be focusing primarily on getting the proper certification for its aircraft. It will also be starting early manufacturing operations. Besides that, Joby plans to expand its facilities at its manufacturing plant to support building its first production line aircraft as well as additional parts. As the company makes further progress, should you invest in JOBY stock?

Following that, we have EVgo, an EV charging company. The company claims to have the largest public fast-charging network in the U.S. Furthermore, it uses 100% renewable energy to power its charging stations. The company has over 800 fast-charging locations that serve over 68 metropolitan areas across 35 states.

On top of that, EVgo claims that more than 130 million people in the U.S live within a 10-mile drive of an EVgo fast charger. Impressively, the company’s charging stations boast a charge time of between 15 to 45 minutes.

Last week, the EV charging company reported its fourth-quarter and full-year financials for 2021. Diving in, revenue for the quarter came in at $7.1 million, compared to $4.2 million in 2020, indicating a year-over-year growth of about 70%. Impressively, EVgo ended the year with approximately 340,000 customer accounts, marking an increase of 109,000 accounts within a year. Besides, the company had more than 3,100 fast charging stalls at the end of 2021 compared to 2,500 at the end of the third quarter of 2021. With that being said, would you buy EVGO stock?

Stellantis is a multinational automotive manufacturer that was formed last year. The company was formed as a merger between Fiat Chrysler Automobiles and French-based PSA Group. Headquartered in Amsterdam, Stellantis is one of the largest automakers in the world. Its automobile brand portfolio includes the likes of many world-renowned brands such as Maserati, Peugeot, Dodge, Jeep, Chrysler, Fiat and Alfa Romeo among others. Stellantis has a presence in more than 130 countries.

The battery plant will be located in Windsor, Ontario, home to Canada’s largest automotive cluster. As such, Stellantis and LGES expect the plant to serve as a catalyst for establishing a strong battery supply chain in the region. Given this exciting news, will you be watching STLA stock?

Finally, we have ChargePoint. Briefly, it is an EV infrastructure company that operates one of the largest online networks of independently owned EV charging stations. Namely, it has over 30,000 public charging stations spread across the U.S. For the most part, the company commits itself to making it easy for businesses and drivers to go electric with its wide portfolio of charging networks and solutions.
Last Tuesday, Toyota Motors (NYSE: TM) announced that it will be collaborating with ChargePoint to offer customers home and public EV charging solutions. This comes at a time where Toyota will be launching its all-new bZ4X battery-electric SUV later this year.

Specifically, Toyota will be offering ChargePoint chargers at its dealerships. Along with that, bZ4X drivers will be able to utilize ChargePoint’s extensive network of public chargers across North America. Considering this collaboration, does CHPT stock pique your interest? 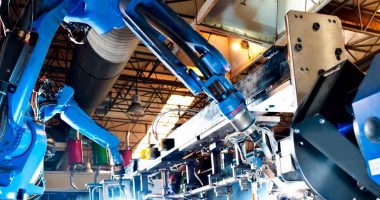 As the economy picks up the pace, these industrial stocks could follow suit. 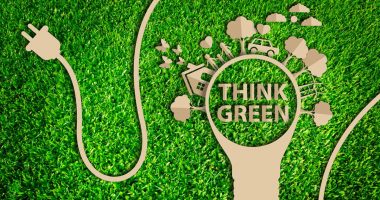 As the transition to cleaner energy is picking up pace, should these renewable energy stocks be in focus? 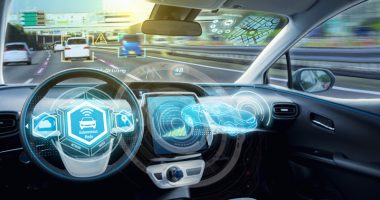 Could these autonomous vehicle companies be kicking into high gear? 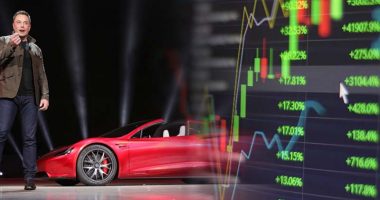 Elon Musk Filed A Lawsuit At California Over The Lockdown; What Are…