5 Fintech Stocks To Watch In The Stock Market Today

These fintech companies are expected to grow by leaps and bounds going forward, do you have them on your watchlist?
Total
3
Shares
Share 1
Tweet 0
Pin it 2

Fintech stocks have been generating a lot of buzz in the stock market today. This should not come as a surprise as the sector continues to benefit from the shift to digital payments and the rise of e-commerce. Amidst the current pandemic, the adoption of digital payments has and continues to accelerate at breakneck speeds.

There are also several other factors that are driving the growth of the fintech industry. For instance, the proliferation of smartphones has enabled individuals to run virtually their entire lives through their fingertips. While hot cryptocurrencies such as Bitcoin may be making headlines, volatility would still be a concern amongst more conservative investors.

Paysafe is a leading specialized payments company. The company reported its second-quarter fiscal result yesterday. In it, revenue came in 13% higher year-over-year to $384.3 million. Net income attributable to the company was $6.6 million, compared to net loss of $15.9 million. And there are reasons to believe that Paysafe will continue to power up in the long run. That’s because Paysafe is a perfect blend of fintech and iGaming. And these are two hot industries that are expecting explosive growth in the coming decade.

Despite the bearish price movement, there’s a lot to be bullish on this company’s growth prospect. Concurrent with its earnings release, the company also announced the acquisition of SafetyPay, a Latin American digital payment platform for $441 million in cash. With that, Paysafe will have scale and a leading presence in the fast-growing Latin American e-commerce marketplace. Considering all these, would the considerable dip in PSFE stock present an opportunity to scoop up the stock?

Personal loans have gained massive popularity in recent years, and Upstart is a company that is thriving on that trend. For those unfamiliar, Upstart is a growing online leading platform that utilizes artificial intelligence to automate the lending process. With the company’s platform, banks can provide personal loans using non-traditional variables like education and employment to predict creditworthiness. Upstart’s platform uses sophisticated machine learning models to more accurately identify risk and approve more applicants than traditional credit-score-based lending models.

When the company announced its second-quarter results last week, the numbers took many investors by surprise the best possible way. Revenue grew over 1,000% as the company continues to leverage its technology to build scale. And when you have growth like this, it’s not surprising to see UPST stock almost doubling in the span of one week. With more predictive underwriting models and lower fraud rates delivered by the platform, the potential for Upstart to keep growing is enormous. It’s not often you find a relatively young fintech company that also happens to be profitable. Thus, would you be placing a bet on UPST stock?

When it comes to digital payments companies, it is nearly impossible to not have Paypal on the list. After all, its online payment services are in place across 200 global markets. The company also facilitates peer-to-peer transfers through Xoom and Venmo, and provides personalized shopping experiences through Honey platform.

Paypal announced its second-quarter financial update at the end of July. Despite revenue coming in 19% higher year-over-year to $6.24 billion, it is still roughly $30 million short of Wall Street’s forecast. While the company maintained its dominant position in the digital payment space, the company is not resting on its laurels just yet. This can be seen from the company’s recent launch of PayPal Zettle in the United States. This platform helps merchants to streamline the overall sales, reporting, and inventory across both digital and physical locations. With Paypal’s strong moat around its business, it is not surprising why many are planning to hold PYPL stock for a long time in their portfolio.

MercadoLibre is the leading e-commerce and fintech platform in Latin America. The company’s dominant position has been a significant tailwind for the company in recent years. And MercadoLibre continued its momentum in the second quarter. There’s no question that MercadoLibre’s growth was given a boost throughout the pandemic. In fact, its recent second-quarter report was also its fifth straight quarter of triple-digit percentage year-over-year local sales growth.

From the earnings report released earlier this month, the company topped Wall Street’s expectations on both top and bottom lines. Net revenue came in 93.9% higher to $1.7 billion, well above expectations of $1.48 billion, according to IBES data from Refinitiv. The company also announced its partnership with BigCommerce (NASDAQ: BIGC) to allow the latter’s merchants access to Latin America. With MercadoLibre’s leading presence and low e-commerce penetration in the region, it’s likely that the company could grow much larger over the next decade. That said, would an investment in MELI stock be a wise move now?

Similar to PayPal, Wise is another company that allows money transfers to take place seamlessly. The British company, formerly known as TransferWise, was founded in 2011 by two Estonians who wanted a cheaper way to send money back home. It’s no secret that traditional financial institutions charge high fees in facilitating cross-border money transfers, even today. The company’s success can also be due to its aggressive marketing campaigns. For those unfamiliar, it offers users referral bonuses for getting their friends to sign up for the app.

Wise makes its money by charging a fraction of what banks and other transfer services do. And with strong demand for international money transfers, it should come as no surprise that Wise is growing rapidly. After a successful debut in the London Stock Exchange, the company’s first-quarter financials were also in line with expectations. Revenue came in 43% higher year-over-year to ~$170.8 million. As the company continues to expand its partnerships, the company could offer additional services to broaden its appeal in the near term. Therefore, investors might want to pay attention to WPLCF stock. 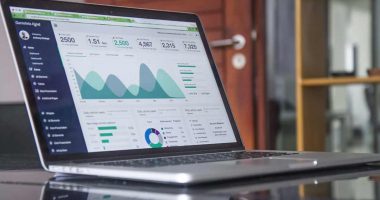 Could these trending software stocks be worth buying on the dip? 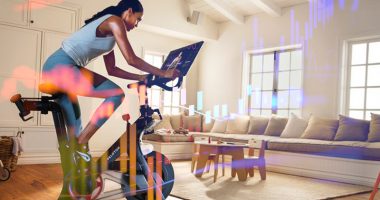 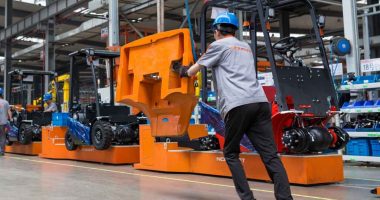 Should you invest in industrial stocks as we enter a fresh earnings season? 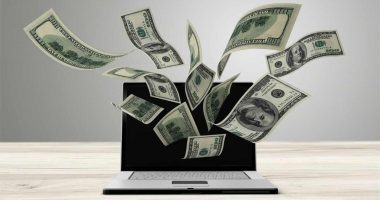