5 Gig Economy Stocks To Watch For The Rapidly Changing Economy

As younger workers choose to have more flexibility in their careers, do you have these gig economy stocks on your watchlist?
Total
0
Shares
Share 0
Tweet 0
Pin it 0

Check Out These 5 Gig Economy Stocks In Late 2021

With the trend shifting towards flexibility in work, it’s natural to assume that gig economy stocks will thrive in the stock market. No doubt, working at a high-paying job and climbing the career ladder is still a dream for many. However, the same could not be said of a growing number of people who aspire to take more control of their time.

The pandemic has certainly altered the way we do things, and that includes work. At the height of the pandemic, working from home was the norm. With that, many have started to yearn for a more flexible way of working. Thus, this has led to more workers joining the gig economy. And that’s where the concept of betting on gig economy stocks becomes quite appealing.

You could not talk about the gig economy without mentioning Uber (NYSE: UBER) and Lyft (NASDAQ: LYFT). After all, both companies which began as platforms for ride-sharing services helped place the phrase gig economy into popular usage. And now, the projected gross volume of the gig economy is expected to reach $455.2 billion in 2023, according to data from Statista. With this growth trajectory, could gig economy stocks be worth watching in the stock market today?

Singapore-based Grab is making its public debut in the stock market today via a SPAC merger with Altimeter Growth Corp (NASDAQ: AGC). While it is relatively unknown here, Grab has an established presence in Southeast Asia. Starting as a ride-hailing app, the company is now known as the biggest technology startup in the region.

Grab markets its platform as a superapp, where users can do everything from booking a ride to getting groceries delivered. As a result of the merger, Grab will receive $4.5 billion in cash injection.

The pandemic has however affected Grab’s earnings, as Southeast Asian countries are among those with the most Covid-19 restrictions. The company reported a 9% decline year-over-year in its revenue for the third fiscal quarter, to $157 million. Average spend per user however rose by 43% year-over-year. CEO Anthony Tan is optimistic about the company’s growth following reopening of Southeast Asian economies. Keeping this in mind, could GRAB stock be a top stock to watch in the stock market?

Fiverr is a platform that allows freelancers to offer services to customers around the world. Fiverr’s accessible platform is a hit with many, especially since the digital nomad lifestyle became more popular. The company said this year that freelancers on the platform have collectively earned over $2 billion since the platform was founded.

Fiverr’s third fiscal quarter results were also encouraging. For the quarter, the company reported $74.3 million in revenue, an increase of almost 42% year-over-year. Besides, active buyers grew by 33% year-over-year to 4.1 million as of September 30 this year. Notably, spend-per-buyer in the same period has increased by 20% year-over-year to $234. As freelancing becomes more common, could FVRR stock be a top gig economy stock to watch for investors?

The arrival of the Omicron variant could have a silver lining for DoorDash. The food delivery app’s stock received a boost after Gordon Haskett upgraded the stock to ‘Buy’ from ‘Hold’. In particular, the firm said the new variant could spark a rebound for food delivery services as Covid fears flare up.

On the operational front, the company recently agreed to acquire European food delivery company Wolt for around $8.1 billion. Evidently, this will allow DoorDash to accelerate its international growth.

DoorDash’s latest fiscal results reflect the scope of its ambitions. The company recorded $1.28 billion in revenue, up by 45% year-over-year. Furthermore, it now has over 9 million subscribers for its DashPass program, a monthly subscription offering free delivery and reduced service fees. Signups for non-restaurant merchants on its platform also climbed in the latest quarter to over 40,000 merchants. With the recent pullback, would you scoop up DASH stock at a discount right now?

Many of us have stayed in a vacation rental booked via Airbnb’s platform. Airbnb is an online marketplace for vacation rentals and tourism activities. To point out, it currently lists about 4 million places where people can stay around the world.

The company recently announced that it has added the Verified Wifi feature to its platform. The feature allows hosts to test their listing’s connection right from Airbnb itself and have the speeds verified. Accordingly, guests doing remote work can now be assured that they can rely on a place’s connection for work.

Airbnb has weathered the pandemic storm, as reflected in its third fiscal quarter results. It reported $2.24 billion in revenue, up by 67% year-over-year. The company also reported that 79.7 million nights and experiences were booked in the third quarter, an increase of 29% year-over-year. With such resilience, would you be adding ABNB stock to your watchlist?

Similar to Fiverr, Upwork is another platform which connects companies to freelancers. Upwork currently holds the crown as the largest work marketplace and counts about half of the Fortune 500 as its current clients. Unlike on Fiverr, freelancers on Upwork have to bid for specific projects by sending cover letters or applications. Much like how job applications are conducted in a more traditional setting.

The company recently launched the Virtual Talent Bench on its platform. In brief, this enables its clients to establish a network of top independent professionals they trust. With this, clients will find it easier to engage these professionals for repeat work.

Upwork’s third fiscal quarter results reflect the shift for more remote work. It recorded a 32% increase in revenue to $128.1 million. The company said that it is on track to deliver at least $1 billion of revenue in 2025. Its CEO Hayden Brown predicts the gig economy will continue to grow, as younger workers seek for more flexibility in their careers. If you share the same view, would you be buying UPWK stock? 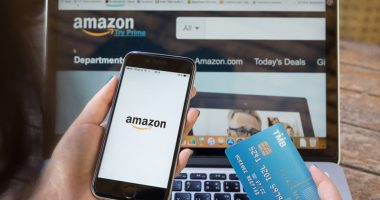 Tech stocks are showing no signs of stopping this year. Could this momentum be carried into 2021? 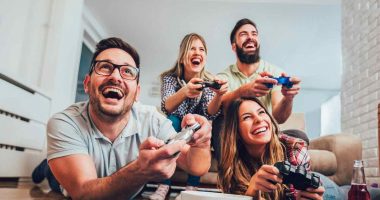 As coronavirus fears grow, could these stay-at-home leisure stocks be in focus again? 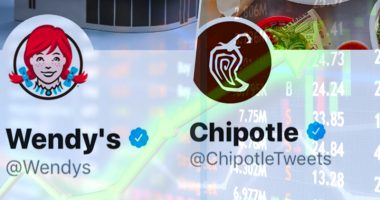 Are These Top Restaurant Stocks On Your 2020 Watchlist? It is no… 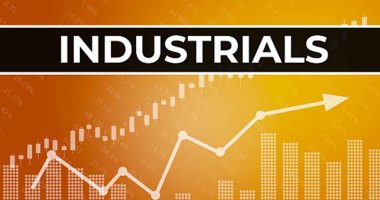 Which industrial stocks do you have on your watchlist now?