Are These The Best Oil Stocks To Buy In The Stock Market Today?

Like it or not, oil stocks seem to be in fashion in the stock market today. For the most part, this could be due to rising crude oil prices. Naturally, as the price per barrel of the increasingly precious commodity rises, so too would investor interest in oil stocks. Supporting the current price movement in oil would be a recent report by the International Energy Agency (IEA). Yesterday, in its monthly report, the IEA raised its global oil demand growth forecast for 2022 by 210,000 barrels per day (BPD). This would add up to a whopping 99.6 million BPD, exceeding pre-pandemic levels. Accordingly, Brent crude futures rose by 1% throughout Thursday, settling at $84 a barrel, a three-year high.

Given all of this, some of the biggest names in the oil industry could continue their current rallies. Take BP (NYSE: BP) and Schlumberger (NYSE: SLB) for example. Both companies’ shares are now up by over 14% in the past month. Not to mention, both firms also more than doubled their net incomes year-over-year in their latest fiscal quarter reports. All in all, oil appears to be yet another interesting sector to consider in the stock market now. Should all this have you keen on the best oil stocks now, here are five to consider.

To begin with, we will be taking a look at ExxonMobil. In brief, the Texas-based natural gas company is a goliath among oil industry players today. It is one of the largest refiners and marketers of petroleum products. Additionally, the company’s chemical division is one of the largest in the world. Given the sheer size and reach of ExxonMobil’s offerings, XOM stock could be a top oil stock to watch now. Year-to-date, XOM stock is up by over 49%.

If anything, the company does not seem to be slowing down on the operational front anytime soon. Earlier this week, ExxonMobil announced plans to build its first large-scale plastic waste advanced recycling facility. As it stands, the company’s recycling facility could be among the largest in North America. By ExxonMobil’s estimates, it will be able to process up to 500,000 metric tons of plastic waste annually by 2026. With the rising need for more sustainable business practices, this move by ExxonMobil could be a strategic one. Could all of this make XOM stock a top pick for you?

Next up, we have Royal Dutch Shell or Shell for short. By and large, most seasoned oil investors would be familiar with the company’s vast network of oil and gas operations. The likes of which span across over 70 countries and territories globally. In detail, the company engages in the exploration, production, and marketing of oil, gas, and liquefied natural gases. Among other things, Shell is also building a renewable energy portfolio to keep up with clean energy trends today.

On that note, the company continues to make plays on the clean energy front. As of this week, it is now leading a consortium of organizations to enable “large-scale liquid hydrogen storage for international trade applications”. Notably, the U.S. Department of Energy (DOE) is currently funding this venture with $6 million. Time will tell if Shell can make the most of this exciting new project. With the company’s shares sitting on gains of over 20% in the past six months, would you consider investing in RDS.A stock now?

Another name in the oil trade to consider now would be ConocoPhillips. It is a multinational corporation that primarily engages in hydrocarbon exploration. The likes of which have and continue to position it well in the booming oil and natural gas industries now. For a sense of scale, ConocoPhillips currently boasts operations across 15 countries. More importantly, COP stock appears to be on a roll this year as well. This is evident as the company’s shares are up by a whopping 86% year-to-date. Even so, could it be worth jumping on the company’s shares now?

Well, for one thing, ConocoPhillips appears to be kicking into high gear now. For starters, as of last month, the company is making several notable updates to its current multi-year plans. These include but are not limited to a roughly 7% increase to its quarterly dividend and plans to acquire Shell’s Delaware basin assets for $9.5 billion in cash. With all this in mind, some would argue that COP stock could be looking at long-term growth ahead. Would you agree?

Occidental Petroleum is next on our list of the top oil stocks to note today. In essence, the company’s hydrocarbon exploration endeavors are mainly based in the U.S., the Middle East, and Colombia. Adding to that, Occidental conducts its petrochemical manufacturing processes throughout the U.S., Canada, and Chile. Impressively, OXY stock is now up by over 200% in the past year.

Despite its current momentum, Occidental continues to find ways to optimize its operations now. Namely, the company is reportedly selling its interests in two Ghana offshore fields for $750 million. Given the current debt Occidental took on to facilitate its recent Anadarko Petroleum acquisition, this move makes sense. According to Occidental, the proceeds from this sale will be used to trim its debt. Year-to-date, the company has already dealt with roughly $4.5 billion of debt via strategic divestitures and cash flow generation. All things considered, could OXY stock be worth buying now?

Topping off our list today is Chevron. As the second-largest oil company in the U.S., Chevron is no newcomer to the business now. Because of this, it could, in theory, be in a good position to make the most of the current surge in oil prices. This would be the case as Chevron is currently active in over 180 countries across the globe. To highlight, CVX stock is looking at gains of over 80% since its pandemic era low.

Regardless, the company is arguably firing on all cylinders now. As of yesterday, Chevron is now looking to invest in the development of sustainable aviation fuel. It aims to do so by setting up facilities that are specially designed for this purpose. Ideally, the company is looking to produce aviation fuel from inedible corn. Should things go as planned, it would serve to lower the lifecycle carbon intensity of conventional aviation fuels, according to Chevron. Not to mention, this comes after the company posted stellar figures in its latest fiscal quarter report. It more than doubled its total revenue, net income, and earnings per share compared to the same quarter a year ago. Thus, do you think CVX stock can continue its current momentum? 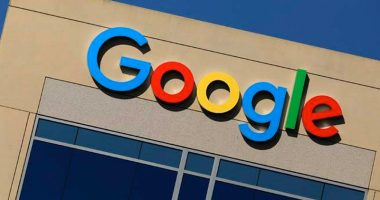 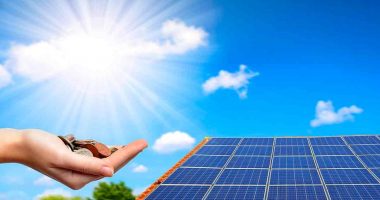 Investors could get a head start in their investment journey with these renewable energy stocks. 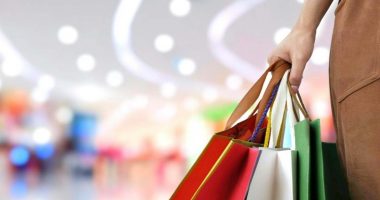 Are these retail stocks trading at a discount today? 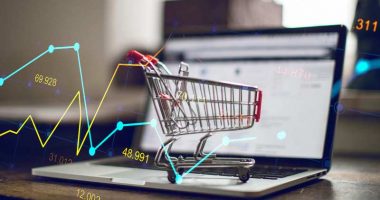 Are These 2 Top E-Commerce Stocks On Your Summer Watchlist? It is…