Are These The Best Autonomous Vehicle Stocks To Buy Right Now?

Over the years, consumers have been seeing the incorporation of semi-autonomous driving technology into mainstream vehicles. And the development of fully autonomous driving has been picking up pace. Thus, investors may be keeping a close eye on autonomous vehicle (AV) stocks in the stock market. On Thursday, General Motors (NYSE: GM) Cruise announced that it has started charging fares for its driverless rides in San Francisco. In the past, rides were limited to the account holder. Moving forward, Cruise will allow riders to bring a guest on their trip. This is part of the company’s plan for the commercialization of the service.

Aside from that, Valeo, one of the biggest players in automotive 3D scanning lidar systems, claims that it will commercialize its third-generation Scala lidar system in 2024. This will offer 12 times better resolution and be able to visualize objects more than 200 meters away. With that said, the company expects a boom in advanced driver assistance systems (ADAS) in the coming years. For a sense of scale, it expects the lidar market will eventually reach a global total of more than $50 billion. All in all, there are reasons for optimism around the AV industry right now. So, here are some of the top names to note in the stock market today.

Baidu is one of China’s leading major names within the AV industry. For the most part, it is known for its Internet search engine which enables users to find information online. Besides that, the company is also making strides in other areas such as Baidu AI Cloud and Intelligent Driving Initiatives. As a testament to its autonomous driving technology, Baidu received a nomination letter from China’s Dongfeng Motor in April. This is an indication that DongFeng Motor intends to use the Apollo Self Driving in one of its popular models.

Furthermore, JIDU, an electric vehicle (EV) company backed by Baidu and Geely, released a concept robocar earlier this month. Named ROBO-01, JIDU’s “ultimate goal is to realize a fully driverless transportation experience.” The concept car also comes with stronger AI perception and more active service capabilities. A model which will be 90% similar to the concept car is planned to be mass-produced in 2023. Considering these factors, could BIDU stock be a top AV stock to watch?

Following that, we have the global automotive technology company, Luminar. Put simply, the company specializes in vehicle safety and autonomy. The company operates through two segments, Autonomy Solutions, and Components. The Autonomy Solutions segment engages in the design, manufacturing, and selling of lidar sensors, and other autonomy-enabling software solutions. Meanwhile, its Components segment provides testing, designing, consulting, and manufacturing services for non-standard integrated circuits and components.

In May, Luminar announced a partnership with Chinese automotive technology company ECARX. Both companies are teaming up to improve on automotive grade technologies with the intent to enable advanced safety and AV capabilities in the production of consumer vehicles and trucks. Naturally, the partnership will strengthen Luminar’s presence in China, the world’s largest automotive market. With LAZR stock down by over 60% within the past year, should investors be watching for a turnaround?

Alphabet is another tech giant that could potentially lead the way in the AV industry. What started as Google’s self-driving car project more than a decade ago is now known as Waymo, an autonomous driving technology development company. Today, the company’s Waymo One operates as a self-driving taxi service in parts of Phoenix, Arizona. Not to mention, Waymo also develops driving technology for other vehicles such as vans and tractor-trailers for delivery and logistics. For these reasons, investors with an interest in the AV sector would often have an eye out for GOOGL stock.

On top of that, Waymo and Uber (NYSE: UBER) Freight recently went into a collaboration. As shipping demand continues to rise and a shortage of drivers remains a problem, this addresses a new need for the logistics industry. Therefore, the partnership aims to bring together the power of the Waymo Driver with the scale of Uber Freight’s marketplace technology. Under the terms of the agreement, the Waymo Via autonomous solution will be connected directly with the Uber Freight platform for shippers to tap into. Weighing in on such an exciting development, would you consider adding GOOGL stock to your watchlist?

Much like Luminar, Ambarella could potentially play a huge role in the growth of the AV sector. For those unaware, the company is a developer of low-power system-on-a-chip (SoC) semiconductors. It provides artificial intelligence processing, image signal processing, and video compression, among others. Currently, the company’s focus is on creating AI technology that enables edge devices to visually perceive the environment and make timely decisions based on the data collected.

On Wednesday, Inceptio Technology, an autonomous driving truck technology and operation company, announced its selection of Ambarella’s CV2FS and CV2AQ edge AI SoC for its automotive-grade central computing platform. Well, Ambarella’s SoC will provide high-performance and low-power processing simultaneously for seven 8MP cameras. Along with that, it will include AI compute, for surround camera perception and front ADAS safety features such as collision avoidance. All things considered, could AMBA stock be a viable long-term investment?

Lastly, let us dive deeper into details of the France-based automotive supplier, Valeo. The company focuses on the design, production, and sale of components, integrated systems, and services for the automotive sector. As a tech company, Valeo has a vision of influencing tomorrow’s mobility. It believes that future mobility should be greener, safer, and more diverse. With megatrends such as vehicle electrification and autonomous driving on the rise, Valeo has the potential to be one of the biggest winners from this transformation.

Not long ago, Valeo announced that it will supply Stellantis (NYSE: STLA) with its third-generation Scala lidar. Starting from 2024, this will enable SAE Level 3 autonomous driving in Stellantis’ vehicle models. Diving into the technicalities, SAE Level 3 means that drivers can divert their attention from the act of driving to initiate other activities. But, they should still be attentive enough to retake control as indicated by the vehicle. With that in mind, would you bank on the future of VLEEY stock? 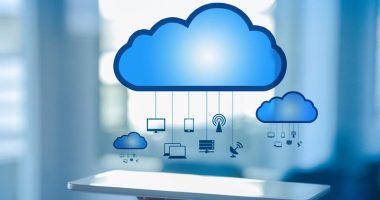 Could these cloud stocks come out on top after weathering the storms of 2020? 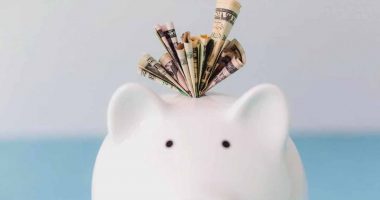 Here are two monthly dividend stocks to add to your radar this week. 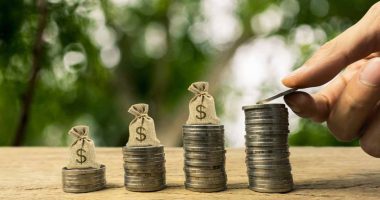 Do these dividend stocks have a place in your portfolio right now? 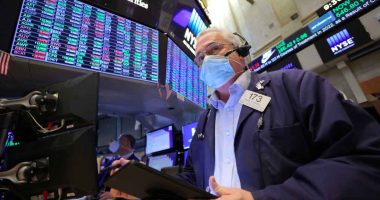