Which of these top gaming stocks is a better buy right now?
Total
1
Shares
Share 1
Tweet 0
Pin it 0

Do You Have These Gaming Stocks On Your List Right Now?

The video game industry is a large, fast-growing market that still has tremendous growth potential. Since the coronavirus pandemic, gaming stocks have been on the rise in the market. This undoubtedly highlights gaming’s appeal as a resilient growth industry. For this reason, investors have been on the lookout for top gaming stocks in the stock market today. Despite social distancing measures posing new challenges to game development, the video game industry prospered as people sheltering at home spent more time gaming.

This week, we saw two of the biggest video game companies reporting their earnings. They are Activision Blizzard (NASDAQ: ATVI) and Electronic Arts (NASDAQ: EA). Both companies are household names when it comes to the video gaming industry and it’s nearly impossible to ignore when talking about the gaming industry. At StockMarket.com, we not only want you to know about the most trending companies but also companies with strong fundamentals that potentially could be good for your long-term portfolio.

Admittedly, vaccine approvals may cause investors to have second thoughts about whether the excitement for gaming will continue. They might also be interested to know which gaming stock is a better bet today. Now, both have reported their earnings this week. Let’s take a closer look to see which top gaming stock holds more potential.

Activision Blizzard (ATVI) Stock Is Powering Up After Earnings

When it comes to shaping the world of interactive entertainment, few companies could play a bigger role than Activision Blizzard. The maker of the ‘Call of Duty’ videogames reported strong quarterly earnings that surpassed Wall Street expectations. As a result, ATVI stock rose in the extended session on Thursday. From the company’s fourth-quarter report, it posted a net income of $508 million compared to $525 million in the year-ago period. Revenue came in higher to $2.41 billion from $1.99 billion the year-ago period. The strong Q4 came after Activision’s Call of Duty: Black Ops Cold War helped power revenue above expectations.

A Gaming Company That Keeps Winning At Its Own Game

Activision Blizzard is an industry leader that is well-positioned to continue delivering gains to its shareholders. For years, the company holds a strong record of launching and sustaining new gaming hits. There’s no question that with its strong force of development studios and marketing expertise, it will likely play a leading role in shaping the video gaming industry. The company’s core franchises include genre-defining properties such as Call of Duty, World of Warcraft, and Candy Crush Saga. To top it all off, the company also confirmed that a new Call of Duty title will be released later in 2021, keeping the series going annually.

No matter what, investors should give Activision credit for its huge success. The way I see it, it certainly doesn’t seem to be due to luck or any favorable circumstances. Yes, the pandemic lockdown may have been a booster in its gaming traffic. But hey, you’ve got to admit that Activision creates games and experiences that consumers truly enjoy. No company can retain its players if its games aren’t exciting enough. For these reasons, it has led to more profits for the company.

Electronic Arts may have disappointed Wall Street in its most recent quarter, but it’s not all bad news. The company announced that it will bring back its widely popular college football video game. Following the announcement, investors had certainly reacted positively.  According to ESPN, there is no firm date for the release of the game, but it won’t be in 2021. The game will be called “EA Sports College Football.”

“[The football game] was a really strong game. It was a fan favorite game,” said company chief executive officer Andrew Wilson in the earnings call. “It sold tens of millions of units over its life. And we expect that it will continue to be a really strong fan-favorite game.“

From the fourth-quarter earnings, EA reported $1.38 billion in revenue, which came in stronger than analysts’ estimates of $1.32 billion. Adjusted earnings, however, were only at $0.98, which is lower than Wall Street’s expected $1 per share average.

With subscription services gaining traction in recent years, EA is capitalizing on this area for more growth. Over the past two years, the share of net bookings from in-game spending and subscriptions as part of the company’s revenue on a trailing 12-month basis rose from 59% to 71%. The company has launched EA Play on the Microsoft (NASDAQ: MSFT) Xbox Game Pass cloud gaming service. From this, you could expect EA to gain millions of new subscribers.

So, why is it important to get into cloud gaming? For starters, it is a way to allow more consumers around the world to play games. Thus, it is not surprising that cloud gaming has attracted EA’s attention. To date, EA Play has attracted 6.5 million players, which is a solid start. “Our EA Play service is the most successful multi-platform subscription in the industry,” CEO Andrew Wilson said on the company’s fiscal second-quarter conference call in November. “[W]e believe we have the opportunity to double our subscriber base over the next 12 months.“

[Read More] Are These Top E-Commerce Stocks Worth Watching This Month? 4 Names To Know

Given the overall growth of gaming reflected from their most recent quarterly earnings, I guess it’s reasonable to assume that both stocks should continue to outperform the broader market. All in all, both companies are top gaming stocks to buy no matter how you slice it. For investors that are looking for higher revenue and earnings growth companies to invest, then you may think ATVI stock is the better choice for you?

However, if you believe that the subscription service model would pay off eventually, then you would consider EA stock. Gaining exposure through Xbox Game Pass could be the company’s next big growth opportunity. That’s because most of EA’s bookings are coming from in-game spending, not game sales. The company is only making some serious money after players are in the game. EA may lag behind Activision in terms of growth today, but there’s also a great chance it could narrow down the gap long-term. Considering all these, which would you be adding to your watchlist? 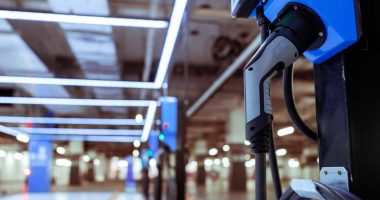 Could now be a good time for investors to be watching these trending EV charging stocks today? 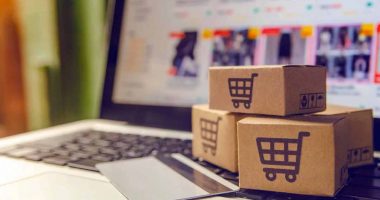 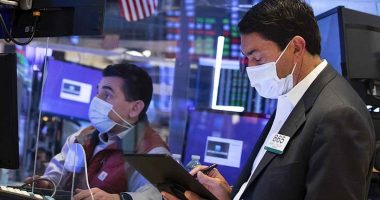