It’s fair to say that the parent company of Google, Alphabet Inc. (NASDAQ: GOOGL) dominates its tech niche and is undoubtedly one of the best tech stocks on Wall Street. Google stock is coming off another solid year. From the company’s fourth-quarter earnings, it has surpassed Wall Street’s expectations amid strong growth in its core advertising business. The tech titan managed to grow 23% on an annualized basis in the quarter. That compares to 17% in the same period last year. The stock has made a new high during Wednesday’s trading session, before closing yesterday’s trading session up 7.28% at $2,058.88 a share.

“Our strong results this quarter reflect the helpfulness of our products and services to people and businesses, as well as the accelerating transition to online services and the cloud,” Alphabet Chief Executive Sundar Pichai

For investors who are unfamiliar with the structure of Alphabet, the company divided its earnings statement into three operating segments. Namely, Google Services (advertising, YouTube, hardware, apps), Google Cloud, and other bets. The strength in advertising underscores a buoyant market which some of the top tech stocks have benefitted from financially. They include the likes of Facebook (NASDAQ: FB), Snap (NYSE: SNAP), and Twitter (NYSE: TWTR). As Snap and Twitter report results over the next several days, could we expect to see strong advertising results? As the leader in the advertising space, Alphabet’s outlook remains bright with many high-profit margin businesses under its belt.

Google Ad Business Has Been Firing On All Cylinders

The internet giant’s revenue for the fourth quarter came out to $46.2 billion, up 22% from $37.93 billion in the same quarter last year. Amongst them, Youtube saw a jump in viewers and a longer time spent watching videos. Specifically, its “direct-response” ads, which entice customers to take immediate action like trying out new services or purchasing something online, have gained traction. What’s more impressive is that this direct-response business on Youtube was practically non-existent a few years back. Today, it is one of the company’s largest and fastest-growing ad offerings on the platform. I guess it’s safe to say that investors can expect the company’s advertising business to continue to remain robust in the foreseeable future.

“Again, all three of Google’s main lines of ad business outperformed our forecast, including YouTube, which grew by almost 46% in Q4 compared a year earlier; Google Network Member revenues, which were up almost 23%; and search, which was up more than 17% despite continuing low spending from travel advertisers, traditionally one of Google Search’s most important segments,” eMarketer analyst Nicole Perrin said in assessing the blowout results.

There’s no question that there are some big players in the cloud computing space. With big names like Amazon (NASDAQ: AMZN) and Microsoft (NASDAQ: MSFT) being in the space, you know the competition is fierce in this fast-growing market. Hence, it’s notable that Alphabet isn’t just sitting on its laurels when it comes to building its Google Cloud Platform. Admittedly, the company’s offerings still rank far behind Amazon Web Services and Azure by market share. But Google is making fast progress.

From a report from Cockroach Labs last month, Google is ranked as providing the best overall performance. For starters, Cockroach Labs is a software company that also issues annual comparative cloud reports. That allows users to gain insights into the quality of cloud computing services by different providers.

Earlier this week, Ford (NYSE: F) and Google announced a six-year “strategic partnership” that will make Alphabet responsible for much of Ford’s growing in-vehicle connectivity. This will give Google a key auto customer for its cloud computing technology. That said, the more Google can expand in cloud computing, the higher the potential revenue that the company could bring in from such a massive market.

“As Ford continues the most profound transformation in our history with electrification, connectivity and self-driving, Google and Ford coming together establishes an innovation powerhouse truly able to deliver a superior experience for our customers and modernize our business,” Ford CEO Jim Farley

Is Alphabet Safe With Regulatory Actions Against It?

It’s not all sunshine for Google, to say the least. The antitrust actions by governments are legit concerns for Google shareholders. It was reported that as many as 38 attorney generals filed an antitrust suit against Google as of December 17. Meanwhile, Australia’s attempts to shatter the dominance of Google could also be another cause for concern. Now, you may say that Australia represents a relatively small part of Google’s revenue. But any regulatory action in one part of the world could inspire the same elsewhere. These lawsuits all pretty much say the same thing, which is that Google is stifling competition in order to maintain its dominant position. And that may arguably be against the ideals of a free market.

Well, if being too dominant is Google’s biggest problem, then that’s a pretty nice problem to have. You see, it’s not always easy to be the company with the biggest market share in any sector. Robert W. Baird & Co analyst Colin Sebastian isn’t fretting about the regulatory threats. He maintained an “outperform” rating on Alphabet and assigned it a price target of $2,000. He’s positive with the company’s outlook for 2021 and he doesn’t expect any major regulatory penalties to materially impact Alphabet.

Alphabet’s smashing quarter with its highly lucrative search and ad business demonstrates its strength and resilience in times of crisis. While the global ad spending was certainly important for Alphabet in the most recent quarter, the key takeaway for many analysts was the performance of its cloud business. Now that Alphabet is closing the gap with Amazon and Microsoft, it’s crucial for the company to keep investing in this high-growth segment. Assuming that there’s no significant impact from the antitrust actions and the internet giant continues to expand strategically in the cloud computing sector, these two tailwinds could pave a strong growth runway for Alphabet in the years to come. 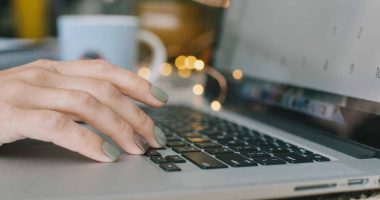 Could these tech stocks be top picks as markets rebound today? 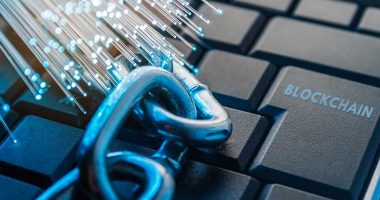 While Bitcoin’s growth may have temporarily slowed, these blockchain stocks continue to gain momentum. 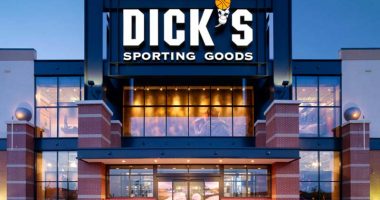 Are these 2 top retail stocks on your July watchlist? Most retail…