Amazon (AMZN) vs Alibaba (BABA): Which Is A Better E-Commerce Stock To Buy Now?

With the pandemic keeping people at home and the recent holiday season, there was a perfect storm set up for top e-commerce stocks. Accordingly, new, and seasoned investors alike were likely watching e-commerce stocks closely. This week, we saw two of the biggest names in e-commerce worldwide reporting fantastic quarters. They are Amazon (NASDAQ: AMZN) and Alibaba (NYSE: BABA). Both companies are hard to ignore when talking about the explosive e-commerce industry.

For starters, Amazon is the leading e-commerce presence in the U.S., Europe, and several other key markets. It is also the company behind the biggest cloud platform in the world, Amazon Web Services (AWS). AWS is where Amazon sees most of its profits. Meanwhile, Alibaba operates the largest online marketplace in China. It also runs the country’s leading cloud platform, Alibaba Cloud. With similar key divisions, investors would tend to compare the two directly. With both e-commerce and cloud computing seeing secular growth, it is no surprise that these two stocks are among investors’ favorites.

However, there are crucial differences in the way they conduct business. Amazon’s ecommerce platform generates revenue through the sale of its own products alongside those of third-party merchants. On the other hand, Alibaba’s ecommerce platform does not offer its own products. That means it has less overhead costs than Amazon. As lockdowns in certain parts of the globe intensify, these two will likely continue to perform. The question is, which one should you be investing in?

Chances are, you already heard that Amazon posted a record quarterly revenue and hit a massive financial milestone yesterday. Spectacularly, the company posted total revenue of $125.56 billion for the quarter which reflects a 44% year-over-year surge. The figure exceeded consensus estimates by over $5 billion. If that wasn’t enough, the company also posted earnings per share of $14.09, marking a 116% year-over-year jump.

In the larger scheme of things, the numbers are not all that big of a surprise. As mentioned earlier, pandemic-related tailwinds did set up ideal market environments for Amazon. Consumers and businesses alike flocked to the company for its array of offerings. Whether it was e-commerce for homebound consumers or cloud solutions for companies going digital, Amazon was ready to serve. Moreover, the company made a series of strategic plays throughout the quarter. By postponing its Prime Day to October and making key investments in its delivery fleet, the company did make the most of the e-commerce revolution. Given Amazon’s aggressive strategy, AMZN stock has more room to grow this year.

What Could The Future Hold For A Post-Jeff Bezos Amazon?

Aside from a record quarter, the company also revealed that Jeff Bezos would be stepping down as CEO in Q3 2021. Safe to say, Bezos is leaving on a high note. He will still be involved in the company as the Executive Chair. “Right now, I see Amazon at its most inventive ever, making it an optimal time for this transition.” Bezos will continue to weigh in on major decisions moving forward. AWS CEO, Andy Jassy, will be taking Bezos’ place as the CEO of Amazon. With Jassy at the helm, AWS saw a 28% year-over-year rise in revenue, to the tune of $12.7 billion. Whether Jassy can translate his massive success in AWS to the overall company, remains to be seen.

“He (Jassy) has not only been a visionary leader, he’s a strong operator, as I said, and he’s got a great track record of developing multiple things and businesses within Amazon — not the least of which is AWS, which is arguably, the most profitable important technical, technology company in the world.” Brian Olsavsky, CFO of Amazon.com Inc.

Alibaba Firing On All Cylinders Regardless Of Setbacks

Like Amazon, Alibaba also reported a solid quarter yesterday. Alibaba saw a 37% year-over-year increase in total revenue, equaling $33.8 billion. It also reported having 779 million annual active consumers throughout 2020 and 902 million monthly active users in December. Importantly, the company also reported that Alibaba Cloud made a profit of $3 million in the quarter, showing profitability for the first time.

CEO Daniel Zhang summarized, “Our cloud computing business continues to expand market leadership and show strong growth, reflecting the massive potential of China’s nascent cloud computing market as well as our years of investment in technology.” No doubt, it appears that Alibaba continues to expand its business even amidst regulatory woes in China.

Furthermore, it was reported by CNBC that Alibaba is looking to raise $5 billion in U.S. bonds. The debt issuance could be a test of investors’ interest in the company. Regardless, Alibaba seems to be taking advantage of the low-interest rates in the U.S. now. Understandably, it will need the cash to restructure its fintech division, Ant Group. The company also mentioned that it will be using said proceeds for overall corporate expenses. Generally, it seems that Alibaba has plenty of long-term growth in mind. Should things go as planned, I could see BABA stock following suit.

By and large, both companies have their merits at the moment. In terms of the trailing-twelve-month price-to-earnings (P/E) ratio, there is a huge difference between the two. As of yesterday’s closing bell, AMZN stock is trading at a P/E ratio of 98.98, while BABA stock has a considerably lower P/E of 33.80.

For Amazon, investors who are willing to pay a premium are likely banking on its industry-leading e-commerce and cloud businesses. With AWS head Andy Jassy set to take the wheel, the company could be looking to extend its lead in the booming cloud computing industry. Meanwhile, Alibaba’s current valuation is likely a result of current issues regarding founder Jack Ma and the Chinese government. However, Morgan Stanley (NYSE: MS) analysts believe that the Chinese e-commerce goliath has room to run in the years to come. It predicts that Chinese consumption will double in the next decade to $12.7 trillion by 2030. With Alibaba leading the pack in the Chinese market, value investors could be leaning towards BABA stock in the long-run.

In summary, Amazon and Alibaba continue to dominate in the fields of e-commerce and cloud computing. With these two industry titans, it can be tough to decide which e-commerce stock brings more bang for your buck. Nevertheless, as the digital commerce industry continues to grow by leaps and bounds, both companies will likely see further growth. By extension, this could lead to both AMZN stock and BABA stock bringing greater returns. I will leave you with a recent quote on e-commerce from the co-founder of Envoy, the firm that led Amazon’s global app store launch. “Some will go back to their old habits, more will stay, but one thing is for sure, the world has changed.” 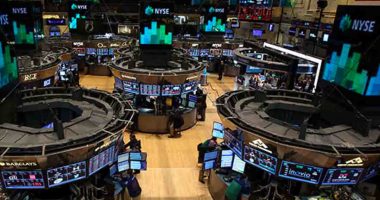 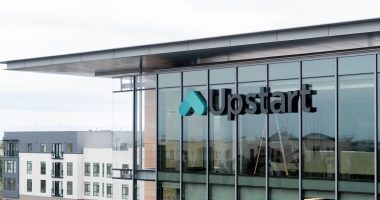 Markets are down today as Wall Street struggles to maintain a winning streak for the week. 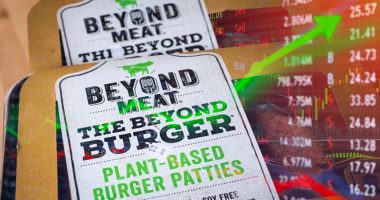 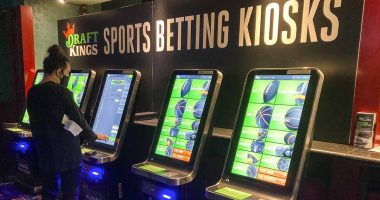