Apple (AAPL) Vs Microsoft (MSFT): Which Is A Better Tech Stock To Buy Right Now?

Could The Big Tech Earnings Supercharge Your Portfolio?

This has been a major week for Big Tech Stocks releasing their earnings. Yet, markets took a turn on Wednesday. Major stock indexes suffered their sharpest one-day losses since October. This came amid concerns about COVID-19 vaccine distribution. And at the same time, Wall Street is captivated by insane rallies from GameStop (NYSE: GME) and AMC Entertainment (NYSE: AMC).

When irrational market reactions happen, most of us can’t help but get distracted from the main events that are taking place in the stock market. Today, we are not going to talk about the brinkmanship between Wall Street and Reddit investors. Rather, we are going to focus on the tech giants who have been competing neck-to-neck for the past 4 decades. Apple (NASDAQ: AAPL) and Microsoft (NASDAQ: MSFT) may not be competing on the same thing today. Still, the rivalry between these top tech stocks continues. Apple remains a leader in the smartphone and wearables. Whereas, Microsoft has successfully transformed itself into a cloud company.

Now, Apple and Microsoft are two of the most valuable companies in the world. Choosing between these two giants probably is one difficult task to do. Of course, you don’t have to pick one between the two. But what if you do? Let’s take a look at their recent results.

Microsoft keeps going from strength to strength. Its latest quarterly report was a blast, to say the least. Revenue accelerated an impressive 17%, an exceptional rate for a company this size. That’s because it’s often assumed that a company will inevitably decelerate in growth as it becomes larger. However, Microsoft has proven that’s not always the case. In fact, it’s worth mentioning that the company’s net income rose by 33% year-over-year to $15.5 billion. If you look at the earnings alone, you would know that Microsoft’s quarter was strong across the board. With that all in mind, MSFT stock does seem like a solid investment.

Sure, Microsoft was growing at a healthy rate of 12%-14% for the past few years. Given its gigantic size, investors would love to know if the growth rate is sustainable, or even accelerating this rate. Among them, the highlight would be the revenue for its Intelligent Cloud, which hit $14.6 billion. That represents an increase of 23% from a year ago.

This is likely due to more people working from home, and companies transitioning to the cloud to accommodate remote working. Many are expecting the cloud segment to drive Microsoft’s overall growth rate in the future.

Cloud computing is a growing source of revenue for Microsoft. This came as many companies are speeding up their adoption of cloud amid the pandemic. Revenue growth from the Azure cloud platform accelerated to 50%. Even as vaccines continue to roll out and infection numbers begin to fall, analysts expect many businesses would continue to transition their business to cloud.

Also, since the recent hack at the federal contractor SolarWinds, Microsoft has played a key role in fending off spies. Prior to that, the company had been spearheading a legal push to take over command and control servers to disrupt the massive TrickBot, one of the biggest networks of zombie computers that can be used to carry a range of attacks.

“They certainly have capabilities that are on par or in some cases even much better than some nation-states, and probably the majority of nation-states,” said Cheri McGuire, a former Microsoft vice president who’s now a nonresident scholar with the Cyber Policy Initiative at the Carnegie Endowment for International Peace.

Apple Tops The List In Smartphone Sales With Record Shipments

Apple posted better-than-expected results for its fiscal first quarter as consumers snapped up iPhones and other Apple products at an impressive pace. While many would expect a slow down in sales amid the pandemic, that didn’t seem to be the case as sales topped Wall Street’s expectations in every category. Sales for every product category rose by double-digit percentage points.

That said, Apple turned in its largest revenue on record at $111.4 billion in its fiscal first-quarter earnings report for fiscal 2021. Like Microsoft, Apple also broke its own quarterly revenue record by crossing the symbolic $100 billion mark in a single quarter.

Despite the impressive quarterly report, Apple stock dropped 2% in extended trading. Some would say Apple stock is priced to perfection. Whereas, some would argue that it was simply a bad day for large-cap stocks. No matter what, the company’s growth prospect remains intact.

There has been some time analysts have discussed the potential for Apple’s first 5G iPhone to drive a “supercycle” of device sales. Granted, iPhone sales were better than expected. Apple surpassed analysts’ estimates of $59.8 billion by growing more than 17% year-over-year to nearly $65.6 billion. Apple executives last quarter had said they expected single-digit percentage growth in iPhone sales during the December quarter.

“Looking at the iPhone 12 family, we saw both switchers and upgraders increase on a year over year basis. And in fact, we saw the largest number of upgraders that we’ve ever seen in a quarter,” Tim Cook, CEO of Apple Inc.

The expanded number of models and new look of iPhones also tapped pent-up demand for upgrades, especially in China. “We had two of the top three selling smartphones in urban China,” CEO Tim Cook told Reuters in an interview, adding that “upgraders in particular set an all-time record in China.”

When it comes to tech stocks, both Microsoft and Apple are great companies to own. Microsoft’s advantage is that its cloud computing business has been relevant to both private and governmental organizations. Cloud is a critical part of many organizations, and they are willing to pay big bucks for the services. Apple, meanwhile, is having an extraordinary quarter with its first 5G iPhone. It is just getting warmed up with its wearables and services.

Since both are commanding quite a big market share in their respective offerings, it’s not easy to choose one over another. Perhaps, if you believe that the government crackdown on monopolies will affect Apple’s business operations and dampen its growth. If so, MSFT stock may appear to be a safer bet. On the flip side, you may believe that Microsoft’s cloud business will slow down once the pandemic is over. In that case, AAPL stock may be a better bet as sales could recover with the gradual reopening of the economy. In any case, both are solid names that still have a decent growth runway ahead. 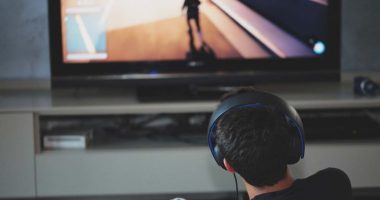 Could gaming stocks be poised for a strong 2022? 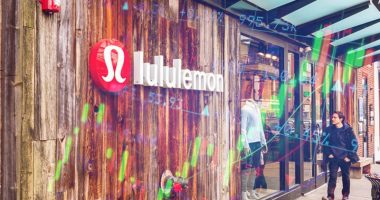 These retail stocks remain just fine despite the coronavirus pandemic. 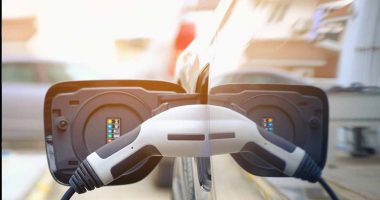 Electric vehicle stocks to consider as the market shakes off losses from Omicron fear-related sell-offs. 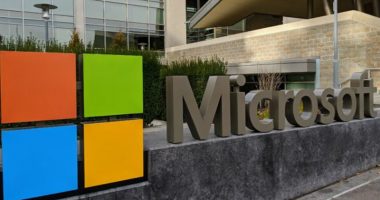