Are These Renewable Energy Stocks On Your January Watchlist? 3 Names To Know

With Joe Biden set to rejoin the Paris Climate Accord, how will these renewable energy stocks fare?
Total
3
Shares
Share 1
Tweet 0
Pin it 2

Should Investors Consider Adding These Top Renewable Energy Stocks To Their Long-Term Portfolio?

Renewable energy stocks have had an amazing run in the last couple of months. This incredible momentum did not appear overnight and has been years in the making. With reducing the cost of lithium-ion batteries and sustainable policy support, these factors will drive strong growth for the industry in the years to come. Furthermore, Joe Biden will rejoin the Paris Climate Accord on day one of his presidency. This along with aggressive executive climate actions in the opening days and weeks of his presidency could set the stage for the renewable energy sector yet again this year in the stock market.

What To Expect With Renewable Energy Stocks Amid A Biden Administration?

Biden has also pledged to cut U.S. emissions to net-zero by 2050 and has a $2 trillion plan that will usher in an era of clean and renewable energy. This along with the Democrats’ control of the U.S. Senate, could make Biden’s goal for net-zero emissions a reality. Based on the International Energy Agency, total installed wind and solar capacity are on course to surpass natural gas in 2023 and coal in 2024.

SunPower is a renewable energy company that designs and manufactures photovoltaic (PV) cells and solar panels. The company believes that clean energy and storage should be accessible to everybody and has focused heavily on an all-in-one residential and commercial solution. SunPower is based in Silicon Valley and has over 1,000 patents for solar innovation. The company’s shares have been up by over 350% in the last 6 months. The stock closed Tuesday’s trading session up another 15.30% at $36.85 a share.

In the company’s latest third-quarter fiscal in October, SunPower posted revenue of $275 million and boasted a total customer base of over 330,000. SunPower also has $325 million in cash and reported residential MW growth, gross margin expansion, and new product success. The company stated that 18 of the top 20 builders in California use its products in new homes, an impressive feat. For SunPower’s fourth-quarter guidance, it expects a topline revenue of $370 million.

The company has been making all the right moves lately. It now offers the best-in-class digital solutions that empower homeowners to design and manage their own solar system without leaving home. Being number 1 in durability and providing a 25-year complete system warranty certainly instills consumer confidence in the company. Residential and commercial solar will continue to grow rapidly as consumers and companies alike continue to transition to renewables. This would of course play well for the company’s growth in the long run. Will this be enough for you to have SPWR stock in your portfolio?

Brookfield Renewable operates one of the world’s largest publicly-traded renewable energy platforms. It has an impressive portfolio consisting of over 19,000 MW of capacity and over 5,000 generating facilities across America, Europe, and Asia. The company’s shares have been up by over 10% in the last month itself.

In the company’s latest quarter financials posted in November, Brookfield Renewable reported revenue of $867 million. The company also reported that its renewable energy production had increased last year despite the implications of the pandemic last year. Its total generation for the quarter was 12,007 GWh, an 8% increase from a year earlier. It focuses its portfolio on wind and solar, some of the most cost-effective sources of bulk power generation. This would also be advantageous for the company in the years to come. Brookfield Renewable has also been making many acquisitions in the past year as well, further expanding its energy portfolio.

Its most recent acquisition is of Exelon Corporation (NASDAQ: EXC) for approximately $810 million. The company added 360 MW of distributed generation capacity and assets of 700 MW of projects in development through this acquisition. This acquisition would also represent an opportunity for Brookfield Renewable to acquire a high-quality operating portfolio with a strong development pipeline of advanced-stage projects. All things considered, will you add BEP stock to your watchlist?

Self-driving car maker Cruise and majority shareholder General Motors today announced that they will be teaming up with Microsoft (NASDAQ: MSFT) to commercialize self-driving vehicles. The companies will bring their software and hardware engineering excellence, and cloud computing capabilities together to create a safer and more affordable transportation system for everyone. GM stock is up by over 30% in January alone.

Earlier this month, the company reported that its 2020 sales far outperformed the U.S. Industry in the fourth quarter. Retail sales began to recover in May 2020 after being hit by the pandemic and reached pre-pandemic levels in the fourth quarter. General Motors also stated that it gained market share across the board in total for the quarter. The company also has big plans in the making for its electric vehicle portfolio. It plans to launch over 30 new electric vehicles beginning this year. The company has also announced that it is investing over $27 billion into its all-electric segment through 2025.

Last week, the company also announced BrightDrop, its new electric commercial-vehicle brand, much to investors’ delight. BrightDrop will offer an ecosystem of electric first-to-last-mile products, software, and services to empower delivery and logistics companies. It will allow these companies to move goods more efficiently. This in turn would help businesses lower costs, maximize productivity and improve freight security. Delivery service titan FedEx (NYSE: FDX) will be General Motors’ first customer for this new and integrated solution. With so many exciting developments surrounding the company, will you be on the lookout for GM stock? 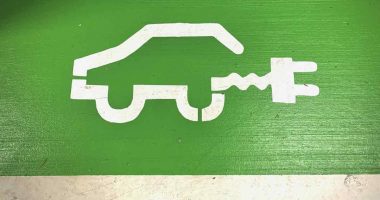 Given the momentum of EV stocks recently, should you be paying attention? 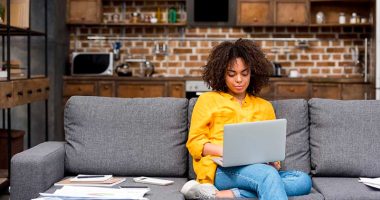 Will these companies continue to flourish amidst worsening coronavirus infection rates? 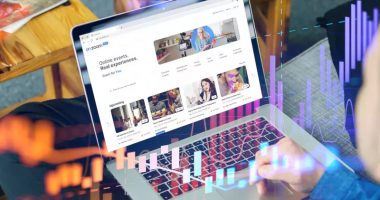 These Top Tech Stocks Have Been Trending in 2020. 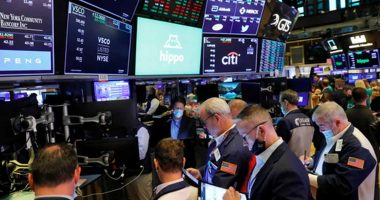