Are These The Best Biotech Stocks To Buy In The Stock Market Today? 1 Up 420% In Two Days

Should You Buy These Biotech Stocks Right Now?

Biotech stocks are taking the stock market by storm again this week. This came after Greenwich Life Sciences (GLSI Stock Report) announced a major breakthrough in its cancer treatment candidate. The company’s poster presentation showing promising data from an experimental breast cancer drug had sent GLSI stock over the roof. At one point, Greenwich Life Sciences surged as high as 2,941% before closing 998% higher on Wednesday’s intraday trading. The explosive nature of one biotech stock seemed to have led many small-cap biotech stocks to have big breakouts. It appeared that the rising tide had lifted all boats.

While most attention was previously on the developments on the coronavirus programmes, that trend appears to have fallen by the wayside (at least for now). With so much attention on Pfizer’s (PFE Stock Report) and Moderna’s (MRNA Stock Report) COVID-19 vaccines, it’s good to know that investors are finally taking a break from these vaccine stocks. They are now focusing on some other potentials in the biotechnology space. This week, we’ve noticed that pharmaceutical companies working on other diseases have caught some attention.

If you have been a consistent reader at StockMarket.com, you would know that we have been saying that COVID-19 vaccines are not a winner-takes-all market. If anything, there is an utmost urgency for this vaccine. However, we must not overlook other prospective top biotech stocks watch that is in the stock market today despite all the news surrounding the vaccine race. With all of this in mind, let’s take a look at a few biotech stocks to watch heading into the second half of the week.

First up, Rocket Pharmaceuticals (RCKT Stock Report) is a clinical-stage company working on genetic therapies for rare childhood disorders. Like the company’s name suggests, its stock skyrocketed on Wednesday’s intraday trading. The company’s stock price closed 83% higher after positive Phase 1 test results for gene therapy in a heart disease known as Danon disease. Following the positive announcement, Rocket Pharmaceuticals commenced an underwritten public offering of $175 million of shares. The proceeds will be used for funding the development of its therapies and general corporate purposes.

“Based on these early results, we believe that a low dose of (the drug called) RP-A501 has the potential to confer meaningful therapeutic benefit with an overall manageable safety profile,” Chief Executive Gaurav Shah said in a written statement.

This week’s surge in RCKT stock is pushing it to its highest point since mid-2015. Certainly, the company is highly optimistic about the potential to treat Danon more effectively. Yet, the benefit of the treatment may not stop there. Rocket Pharmaceutical believes that if this same therapy proves successful, it could serve as a validation of the use of gene therapy approaches to treat other kinds of heart disease. Considering the positive news surrounding the company, would you agree that RCKT is the best biotech stock to buy now?

When investors are looking for the best biotech stocks to buy, Vertex Pharmaceuticals (VRTX Stock Report) usually tops the list. Some might have a different view on this, but I believe profitability is a key criteria to have when looking for biotech stocks to buy. As you may have already known, the company’s main advantage is in its mega-blockbuster cystic fibrosis (CF) treatments. In fact, the company is a leader in treatments for CF and is currently monopolizing the CF treatment.

Looking at its stellar financial performance, it’s understandable why it has garnered so much interest among investors. The company reported revenue of $1.54 billion in its most recent quarter, up 62% year over year. Its adjusted earnings also more than doubled to nearly $700 million. And there’s a great chance this momentum will likely continue given the fact that the company recently won European approval for its CF drug Kaftrio. Just to be clear, Trikafta is the US name for Kaftrio, the two names refer to the same drug.

Just last weekend, Vertex and CRISPR Therapeutics (CRSP Stock Report) reported encouraging results for gene-editing therapy CTX001 in treating rare blood disorders sickle cell disease and beta-thalassemia. The results pertain to a Phase 1/2 clinical study. With a promising CF drug in the market, and other high potential drugs on the pipeline, I wouldn’t think twice with this one. Ultimately, with Vertex detailing its plans for the next 5 years, the company has positioned itself to benefit from expected annual growth of 24.4% in the CF market through 2027. With its moat within this niche, would you agree that VRTX stock is one of the best biotech stocks in the stock market today?

[Read More] Should You Be Adding These Top Tech Stocks To Your December Watchlist? 3 To Consider

Like Greenwich Life Sciences, Curis (CRIS Stock Report) also skyrocketed with promising clinical data on its cancer treatment. As a result, the company’s stock price skyrocketed more than 400% just this week alone. This came after the company reported positive preliminary results from its drug candidate for treating acute myeloid leukemia (AML). According to the news release, CA-4948 has been successful in reducing marrow blast reductions in six patients. Of these six, a total of two patients saw a marrow complete response. This had their blast count dropping from 23% to 1% and 11% to 2% following treatment.

Many investors who are watching the biotech space closely are also wondering how much higher the stock can go after its recent uptick. You could argue that this company appears to have struck gold. But the truth is that the study is still at an early phase. Many things could still go wrong in subsequent studies. There remain hurdles before a drug like this obtains approval from the FDA. With that in mind, would you be taking a chance on CRIS stock? 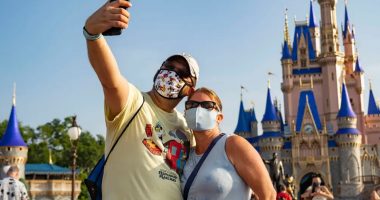 Stocks can still be cheap even after a meteoric rise; can they? 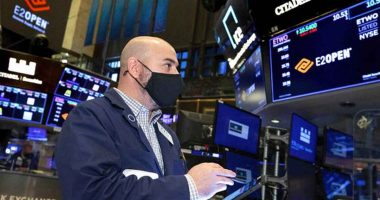 Bank of America, Citigroup and Morgan Stanley are due to report before the opening bells. 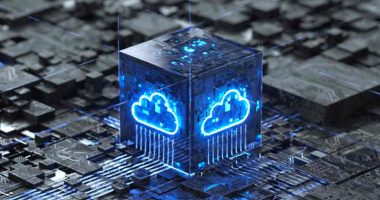 Could it be clear skies ahead for these top names in the cloud computing industry?