Are These The Best Entertainment Stocks To Buy Amid The COVID-19 Pandemic?

7 months into the COVID-19 pandemic, the entertainment industry’s performance in the stock market has seen its fair share of drama. Entertainment stocks skyrocket and plummet faster than you can keep track of. With so much happening, the lines between traditional and tech entertainment have been blurred. Traditional giants like Disney (DIS Stock Report) and Fox Corporation (FOX Stock Report) have dominated the entertainment industry for decades. Today, their share prices have been surpassed by startups and newcomers that were virtually unheard of 10 years ago.

Today, consumers are still under lockdown orders or have been working from home. This is the new normal and is likely to continue in the near future. This in turn has impacted the entertainment industry, positively or negatively depending on who you ask. With the industry generally recovering as the economy reopens, let’s take a closer look at some of the top entertainment stocks in the stock market today.

One of the more successful companies to come out from the pandemic so far is Netflix (NFLX Stock Report). The online streaming entertainment giant has seen its share price risen by 48% year-to-date. The company also boasts a market cap of $215.7 billion and is the largest entertainment/media company by market capitalization. You should note that Netflix had only become a household name in the last 10 years, so this is an impressive feat.

This is a given seeing how Netflix has reported a 23.3% growth of its global streaming paid memberships. Fresh of its third-quarter fiscal, the company reported revenue growth of 22.7% year-over-year. Being a pioneer of online streaming services, the company has had a competitive edge over its peers. Netflix takes an active role as both producer and distributor for both its film and television series. By offering its “Netflix Originals” content, users have a wide array of dramas, series, and documentaries to choose from. The company understands that people’s tastes are very broad and tries to bring as much content as possible to reach a broader audience.

With its current strategy for developing new content, Netflix has refined its craft over the years and intends to continue doing so. Netflix’s main goal is to replace linear TV with streaming entertainment. It believes that the future is streaming after all. Linear TV is rigid and presents programs at a particular time only. Streaming on the other hand is on-demand, personalized, and available on any screen. With more people embracing the streaming industry, would NFLX stocks be worth an addition to your portfolio amid its recent dip?

Amazon (AMZN Stock Report) may not come to mind as an entertainment stock. But it does have a presence in this space with its Prime Video service. AMZN stocks have also enjoyed 2020 so far. The company has had a surge in its services. This is in line with consumers’ demand for e-commerce and online entertainment that has grown amid the COVID-19 pandemic. Amazon’s Prime membership consolidates all of its services under one subscription. By making it a one-stop application for shipping, streaming, shopping, and reading, you can see what makes this entertainment stock so appealing. By offering its own streaming services, it can compete with the likes of Netflix and Disney+. The company also owns Amazon Studios, which produces its own television and film content.

The tech giant had managed to exceed second-quarter expectations as more consumers were at home and with the advent of e-commerce. Its revenue surged by 40% year-over-year to $88.9 billion and earnings per share doubled to $10.30. This upward trend is reflected in the company’s financial outlook for the third quarter. The company expects net sales to be between $87 billion to $93 billion or to grow by 24% and 33%.

With the company making such huge gains in 2020, you could say that the company is still in its early days given how there is still so much potential for e-commerce sales to grow. The pandemic has only been the catalyst to a rapidly expanding industry. E-commerce accounted for 14% of global retail sales in 2019 and analysts expect that number to hit 22% by 2023. The company truly is a one-stop solution for entertainment and will continue to capitalize on this. With that in mind, will you take a chance on AMZN stocks?

[Read More] Are These The Best Communication Stocks To Buy In November 2020?

Audio streaming giant Spotify (SPOT Stock Report) has shown explosive growth in 2020.  This is despite the uncertainty surrounding the COVID-19 pandemic. In its second-quarter fiscal posted in July 2020, the company had reported growth in both its premium subscribers and ad-supported monthly active users (MAU) by 27% and 31% respectively.

The company did lose about 14% of its share value last month. This was because its competitor Apple (AAPL Stock Report) was announcing its Apple Music service to be bundled into a one payment plan called Apple One. This approach is similar to what Amazon does with its Amazon Prime subscription. However, Spotify does have the edge when it comes to its music streaming services and has already shown signs of rebounding.

Spotify’s music algorithm is what sets it apart from other music streaming services. By analyzing the songs we listen to daily, the algorithm is able to identify what new recommendations we might like. This in turn introduces its users to more songs and hence increasing usage time. You can see how it propagates as users go deeper into the rabbit hole. By doing this, Spotify is able to retain its user base and increase its ad-supported MAU. The company has also been investing in its podcast division. It spent $419 million to acquire podcasting businesses like Parcast and Anchor last year. With new exclusive podcast content, Spotify hopes to drive its premium subscriber growth and podcast advertisements. This poises SPOT stocks as a top entertainment stock to watch in the coming months. 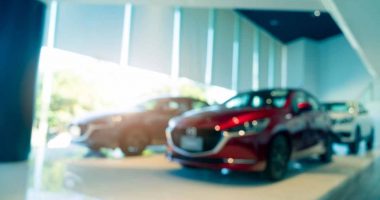 Check out these automotive stocks as the industry continues to grow. 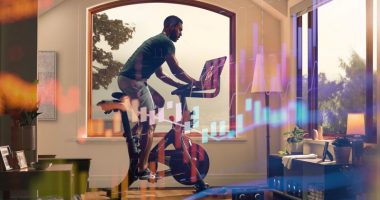 Are these the best stay-at-home stocks to buy right now? 3 names that deserve your attention. 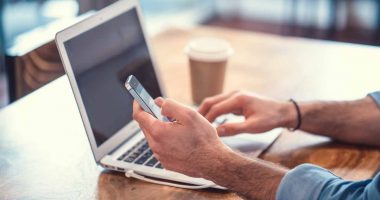 Are these tech stocks to best stocks to invest in right now? 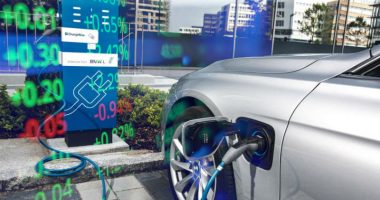