Are These The Best Entertainment Stocks To Watch Right Now?

Could these companies reach new heights even as coronavirus vaccination efforts ramp up?
Total
18
Shares
Share 14
Tweet 0
Pin it 4

Do You Have These Top Entertainment Stocks On Your Watchlist?

It has been an intense time, to say the least. While the coronavirus pandemic dealt a heavy blow to most stocks, entertainment stocks have become top performers. Initially, the broader entertainment industry tanked together with the overall market. As initial stay-at-home protocols took place, several parts of the sector began to bounce back. Primarily these were the gaming and streaming arms of the entertainment industry. Companies such as Spotify (NYSE: SPOT) and Nintendo (OTCMKTS: NTDOY) skyrocketed in 2020. As the pandemic continues to plague the world, new and seasoned investors alike could be looking to jump on the entertainment train. After all, as the general population practices social distancing at home, entertainment will continue to be a booming industry.

To put things into perspective, streaming giant Netflix (NASDAQ: NFLX) posted outstanding figures in its recent quarter fiscal. Earlier this week, the company reported having more than 200 million subscribers on its platform. The 37 million new subscribers it gained in 2020 showed the market for the streaming industry had been growing. Alternatively, tech company Sony (NYSE: SNE) saw its latest PS5 gaming console bring in record sales as well. The company sold over 3.36 million units in its launch month. For one thing, this shows that the demand for home entertainment is higher than ever. Given the current pandemic situation, this could continue to benefit the top entertainment stocks and their investors.

If that wasn’t enough, Joe Biden recently announced a $1.9 trillion stimulus package to help the economy. This puts the stimulus cheque total at $2000 which consumers could pump back into the entertainment industry. All in all, the industry appears poised towards more gains for the foreseeable future. If you’re looking to get it on that trend, here is a list of the top entertainment stocks in the limelight now.

First is the online mobile gaming platform Skillz. The California-based company was the first mobile esports platform to go public. To elaborate, the company merged with Flying Eagle Acquisition Corp through a business combination agreement. Adding to that, it also reported having $250 million in cash and zero debt on its balance sheet. Considering that the esports sector is still thriving amidst the current pandemic conditions, could SKLZ stock be worth watching? Well, investors appear to think so seeing as SKLZ stock is looking at gains of over 40% this month alone. Likewise, analysts at investment bank Citigroup (NYSE: C) seem to feel the same way.

Just last week, Citigroup gave SKLZ stock a buy rating and a $27 price target. A week later, the company’s shares have surged past that mark. As of yesterday’s closing bell, SKLZ stock is valued at over $28 a share. Citigroup highlighted that Skillz’s platform is unique and “offers compelling economics”. The reason for this being that the company has plenty of ways to further monetize its core business. On top of that, its solid balance sheet would give it the flexibility to do so freely. Citigroup explained that five key factors could act as growth drivers for the company. These are additional game genres, obtaining sponsorships, expanding gaming platforms, international expansion, and selling ad space. With all this room to grow, I’m not surprised to see investors turning their radars to SKLZ stock.

In its recent quarter fiscal before going public, the company reported stellar figures as well. Skillz saw a 92% year-over-year jump in revenue which added up to $59 million. Given the company’s roots in the gaming industry, I’d say this is expected. All in all, do you think SKLZ stock is poised for more growth this year?

Activision is a major player in the video game industry. It is the company behind the world-famous Call of Duty series which has been gaining fans over the last decade. Similar to our earlier entry, the company has been riding the gaming industry wave throughout the pandemic. From in-game microtransactions alone, the company reportedly made $1.2 billion throughout its latest quarter. Evidently, ATVI stock has benefited from this as it hit a new all-time high during intraday trading yesterday.

Back in October, the company’s third-quarter fiscal reflected this growth as well. Activision saw green across the board as its total revenue was up by 52% year-over-year to the tune of $1.95 billion. It also saw surges of 196% in net income and 200% in earnings per share in the same period. Moreover, the company ended the quarter with over $7.4 billion in cash on hand. As the company is slated to release its fourth-quarter financials in two weeks, it could be in the spotlight for now.

Despite there not being any big news from the company lately, recent happenings could play in its favor. First, as President Joe Biden takes his seat at the White House, it marks another step towards the incoming stimulus package. Clearly, Activision is already a prime place for consumers’ discretionary dollars which could boost its sales for the current quarter. Another factor would be the current pandemic which keeps people at home and playing its games. All in all, do you think it is a good time to be an ATVI stockholder?

Next, we will be looking at mass media veteran ViacomCBS. This company is yet another top entertainment stock that has grown by leaps and bounds due to the coronavirus pandemic. We can see this as VIAC stock has skyrocketed by over 280% since the March lows when the pandemic first hit. More importantly, VIAC stock could have more room to grow following Viacom’s latest announcement earlier this week.

On January 19, the company announced the official launch date for its Paramount+ streaming service. The release window will be from March 4 till mid-2021 as the rollout commences in different regions. Furthermore, the company announced an investor event for February 24 to provide a “comprehensive overview” of its streaming strategy moving forward. Important to note, Paramount + is not the first streaming service under Viacom’s belt. It also has Pluto TV and Showtime. If anything, this is the company bolstering its streaming offerings in a time where cord-cutting is at an all-time high. With the success of streaming giants like Roku (NASDAQ: ROKU) and Disney (NYSE: DIS), this marks a fantastic play by Viacom. As it enters the intense streaming industry VIAC shareholders could be in for a treat.

As it stands, the company is considered a relatively fresh player in the field of streaming. But, Viacom’s recent quarter fiscal posted in November, shows a growing interest in its offerings. It saw a 72% year-over-year jump in domestic subscribers which added up to 17.9 million total subscriptions. Its Pluto TV service saw monthly active users rise by 57% in the same period to the tune of 28.4 million users. All these paired with financial flexibility in the form of $3.1 billion in cash on hand, mark exciting times ahead for VIAC stock. Would you say the same? 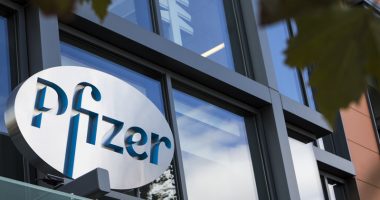 Could these biotech stocks be the winners of the COVID-19 era? 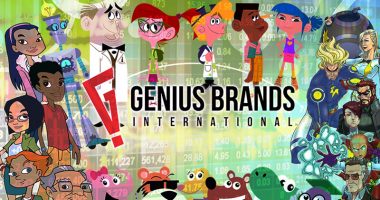 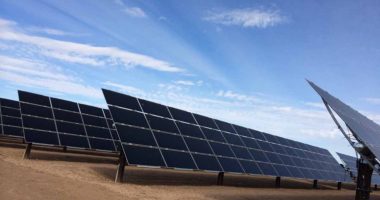 Could these renewable energy stocks be looking at clear skies ahead?

Growth stocks to know amidst the current rebound in the stock market.