Are These The Best EV Stocks To Buy This Year? 3 Names To Know

Should You Consider These Top EV Stocks Right Now For Your Long-Term Portfolio?

Electric vehicle (EV) stocks have been on a hot streak in recent times. They have enjoyed explosive growth last year in the stock market as we see their evaluations shot up amidst the global uncertainty that came in 2020. We have seen how EV stocks like Tesla (NASDAQ: TSLA) have exploded in growth. The leading EV stock has seen a 700% price hike in the last year itself. One thing that cannot be denied is the fact that the world is heading towards EVs. Lithium-ion batteries that power most EVs are more fuel-efficient than conventional combustion engines. EVs also produce zero direct emissions, so they are more sustainable for the environment.

The question is, will the EV industry be able to carry this momentum as we begin the new year? The International Energy Agency announced on Monday that it will produce the world’s first comprehensive roadmap to net-zero emissions by 2050. The roadmap will make clear the actions that countries must take individually and collectively to meet the goal. EVs will no doubt play a pivotal role in ensuring we get to this goal.

Today, EV company Lordstown Motors (NASDAQ: RIDE) has just announced that it is in advanced talks with the U.S. Energy Department to pursue an Advanced Technology Vehicles Manufacturing loan worth $200 million. This will help the company make more vehicles once its production plans kick-off. Could this be the year of the EVs again? With that in mind, let’s dive into this list of EV stocks.

Are These The Best EV Stocks To Buy & Hold This Year?

XPeng is an electric vehicle manufacturer that is based in Guangzhou, China. The company is a leading smart EV company that designs, manufactures, and markets smart EVs that are integrated with advanced AI and autonomous driving technologies. The company employs over 3,500 employees with about 43% focused on research and development related areas. XPeng’s shares are up by over 20% on Tuesday. But they have taken a breather this morning, falling 4% as of 9:40 a.m. ET. So what has caused this skyrocket in share price recently?

The company has just released several images of an upcoming new sedan that will be utilizing lidar sensors. Lidar sensors are used to scan and measure distances by illuminating the surrounding area with laser light to create detailed images of the surroundings. These images are then compared with maps to confirm the vehicle’s precise location. XPeng is backed by Alibaba Group (NYSE: BABA). Despite the company not being as big as behemoths like Tesla, it has garnered a lot of attention from investors recently.

In the company’s third-quarter fiscal posted in November, the company reported total revenue of $293.1 million, a 342.5% increase from a year earlier. As of September 30, 2020, the company has 135 supercharging stations in over 50 cities in China. These are certainly impressive figures for the company. Earlier this month, the company also reported a record monthly delivery of 5,700 vehicles in December, which represents a 326% increase year-over-year. To top things off, the company delivered a total of 27,041 vehicles in 2020 as well, a 112% increase. With such an impressive track record, will you consider buying XPEV stock?

Ford is an industry veteran in the automotive sector. The company has been making big investments over the last few years to expand its EV portfolio. The company’s shares were up by over 10% this week. Ford, like its arch-rival General Motors, has been positioning itself to be a major player in the EV sector. Both companies are expected to launch their electric vehicles in the next two years.

In the company’s third-quarter financials, posted in October, Ford reported revenue of $38 billion, The company also reports that it has strong performance in North America and is restructuring its European business. Ford also posted adjusted earnings per share of $0.65. Last week, the company also posted its fourth-quarter U.S. sales and production results. The company sold over 500,000 vehicles in the U.S. this quarter. Also, the company expects sales for the quarter to reach approximately 4.3 million vehicles.

The company is certainly at an inflection point as it transitions from cars to a much greater focus on iconic trucks, SUVs, and EVs. The company reported that it has begun seeing retail sales go up by 5.3% with the launch of its F-150, Bronco Sport, and Mustang Mach-E. Could this be just the beginning for Ford’s EV portfolio? With its resources and production capabilities, Ford is certainly headed in the right direction. All things considered; will this be enough for you to buy F stock?

[Read More] Is Jumia Technologies (JMIA) The Best E-Commerce Stock To Buy In 2021?

General Motors is another industry titan that has made big plays in the EV sector. The company has recently revealed its new logo for its EV strategy. General Motors’ new marketing campaign is aptly called “Everybody In’ to accelerate the mass adoption of EVs. In light of that, it also announced that it will be launching a new electric commercial vehicle business called BrightDrop. BrightDrop will offer an integrated ecosystem of electric products, software, and services for the first to the last mile and will be available in early 2021. FedEx (NYSE: FDX) will be the company’s first customer for the new, integrated solution.

General Motors recently reported that its 2020 sales far outperformed the U.S. industry in the fourth quarter and full calendar year. The company has had its best fourth-quarter retail sales since 2007, with deliveries up by 12%. General Motors estimates that it has gained market share across the board in total, retail, and fleet deliveries in 2020. This is impressive as retail sales began to recover in May and have reached pre-pandemic levels during the fourth quarter.

So what lies ahead for the company? General Motors has announced its new portfolio of 30 electric vehicles, which will begin launching this year. The company is investing over $27 billion into EVs and AVs through 2025. It also boasts the performance and flexibility of its Ultium platform. Ultium will be the foundation for the company’s next-generation EV line-up and will power all its vehicles. With such exciting developments surrounding the company, will you consider adding GM stock to your portfolio? 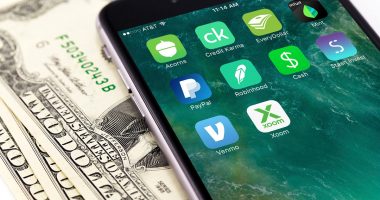 From stimulus checks to cryptocurrency trends, the fintech industry continues to make headlines. 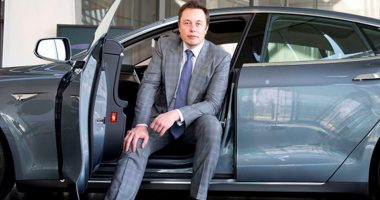 Tesla may have fallen short of Wall Street’s expectations, but its new models and strong guidance could still be reasons for optimism. 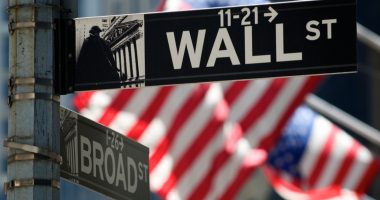 Markets fall today, on track for the worst first half in more than 50 years. 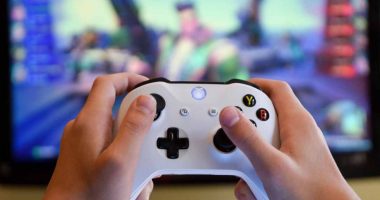 Should you be paying attention to these gaming stocks now?