Are These The Best Social Media Stocks To Buy Before The End Of 2020?

Looking for Top Social Media Stocks To Buy In 2020?

Investors who are looking for high growth investments often come across social media stocks. Today, we have a whole plethora of social media platforms to choose from. It is simple supply and demand if you think about it. With a global internet penetration of 53.6%, there are more than 4 billion people with an online presence. We have never been more interconnected than at any other point in human history. With that in mind, you can see why social media stocks have been enjoying huge gains in the stock market recently.

With more people staying at home due to the COVID-19 pandemic, social media companies have been reporting new active users. Popular social media app Snapchat (SNAP Stock Report) reported that its daily active users for the second quarter of 2020 had increased by 17% year-over-year to 238 million. Social media network for professionals LinkedIn, part of Microsoft (MSFT Stock Report), had also reported a staggering 26% rise in active sessions in its second quarter. With more people using social media, you can expect revenue for these companies to increase.

Shares of Facebook (FB Stock Report) have performed very well this year, with the stock up 26.9% year-to-date. This is after recovering its share price from the setbacks of the COVID-19 pandemic, an impressive feat no doubt. This is no surprise for the social media veteran given that more people are under stay-at-home orders. Founded in 2004, the company is now one of the top social media networks and has a market cap of $760 billion.

Facebook boasts 2.7 billion monthly active users, with an average of 1.79 billion daily active users. In its second-quarter fiscal, posted in July, the company reported total revenue of $18.6 billion. This was an increase of 11% to a year earlier. These are huge figures that could continue in this trend if Facebook plays its cards right. To support future growth, Facebook has ventured into virtual reality (VR) and has already gained a first-mover advantage in VR. It saw a 40% increase year-over-year in its non-ad revenue thanks to this lead-in VR.

The company has managed to hold a monopoly on many platforms through means of acquisition and by its own social media application. Instagram, a video and picture sharing application, was acquired by Facebook in 2012 for $1 billion. The app now has 1 billion active users. By monetizing Instagram through ads, the company has been consistently earning revenue in the last few years. It was reported in 2019 that Instagram had generated $20 billion in advertising revenue. With that in mind, will FB stock continue this upward trend in the years to come?

Tencent Holdings (TCEHY Stock Report) is a social media company that has a wide reach in many industries. The company’s WeChat social platform is an app that combines messaging with e-commerce and digital payments. It also features a dozen other digital services and entertainment. Despite facing scrutiny as it tries to expand beyond China, most of its revenue comes from China. The company’s share price has increased by 60% since March, currently at $71.50 per stock.

Tencent is also the world’s largest video game vendor. Its flagship gaming platform, WeGame has 200 million active users and has over 4.5 billion downloads. With such a huge user base, the company’s online game revenue grew by 40% year-over-year to $5.6 billion in the second quarter. The boost in Tencent’s gaming division came from people turning to its mobile titles while stuck at home during the COVID-19 lockdown in China. Tencent’s social network revenues also increased year-over-year by 29% to 3.9 billion in its second-quarter fiscal.

Earlier this week, Tencent-controlled live streaming game platform Huya (HUYA Stock Report) has agreed to acquire rival Douyu International Holdings (DOYU Stock Report). As Tencent owns a stake in both companies, Tencent is a clear winner from this acquisition. Both Huya and DouYu control over 80% of the Chinese market. With China’s game-streaming market estimated to generate $3.5 billion in revenue this year, Tencent is set to reap the rewards in the last quarter of 2020. This poises TCEHY stock as a top social media stock to watch.

Best Social Media Stocks To Buy [Or Sell] In 2020: Twitter

Another social media stock that has enjoyed success in the stock market is Twitter (TWTR Stock Report). Twitter is a microblogging and social networking application that allows its users to post ‘tweets’. This social media application is a go-to app for celebrities and mainstream users alike. This is mainly because of its easy to use user interface and 280-character word limit. By having a word limit, it allows for the brevity of users’ posts.

Twitter’s share performance in the stock market has been stellar so far. The stock price has been up by 100% since March and is currently priced at $46.03. Twitter, like other social media companies, is adjusting to changes caused by the COVID-19 pandemic. Despite posting weaker than expected second-quarter earnings, the company posted strong user growth. Its monetizable daily active users jumped by 34% to 186 million. This is the highest growth rate since Twitter started reporting this metric.

The social media company had also completed its ad server rebuild, which re-architects and modernizes its ad server. This will allow Twitter to support faster product development, increase stability, and help scale its advertisement business. The company is already seeing significant benefits from this server rebuild. Twitter had also completed its acquisition of CrossInstall, which will bring 60 performance ads-focused people to Twitter. By reinforcing the foundation of its ad business, Twitter is setting up the stage for a successful 2021. In addition to that, Twitter is also exploring additional potential revenue product opportunities such as subscriptions for the near future, which could be a significant catalyst to TWTR stock. 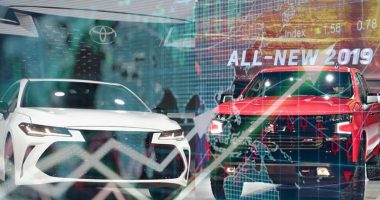 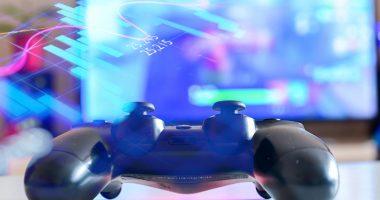 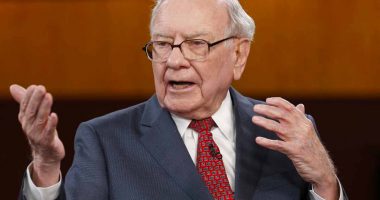 Investors may be looking toward the Oracle of Omaha’s investment strategies amidst the current volatility in stocks. 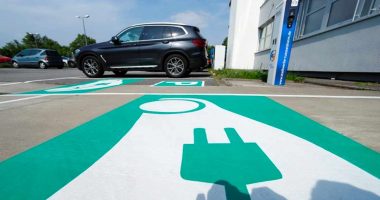 Electric vehicle stocks are heating up in the stock market again, do you have these names on your portfolio?