Are These The Best Social Media Stocks To Buy Right Now? 3 For Your List

Do you have these top social media stocks on your November watchlist as COVID-19 continues to linger?
Total
27
Shares
Share 25
Tweet 0
Pin it 2

Social media has blown up in our society in the last two decades. It started with websites like MySpace and Friendster and allowed people to connect via the internet, which otherwise was not possible. Then Facebook came along and truly spiked the number of people using social media platforms. Now, social media stocks are among the top of the stock market for investors. The social media industry has grown and there are now hundreds of platforms for people to express themselves or link up with other people.

Company’s like Pinterest Inc. (PINS Stock Report) and Weibo (WB Stock Report) have seen the benefits of being a social media company in the current age. But today we are going to focus on the platforms even larger than those. Social media is constantly growing in our society. It has now received a boost in 2020 due to the coronavirus pandemic. People are using technology more often in 2020 because of quarantine and higher likeliness to stay indoors. So let’s look at three top social media stocks that lead the market, and how they are performing in the stock market today.

First up on this list of social media stocks to watch is Facebook Inc. (FB Stock Report). Most of us known the large social media conglomerate that Facebook has become throughout the years. Facebook develops products and applications to allow people to connect. These services include Facebook, Instagram, and WhatsApp. Facebook has a massive market share of the social media sector as we all know. But how has the company performed throughout 2020? Well, the answer is extremely well. Let’s look at recent developments on Facebook.

Facebook has seen volatile trading since it reported its third-quarter earnings, which ended Sept. 30. The company reported a 22% increase in revenue year-over-year. This concluded in diluted earnings per share of $2.71, a 28% jump over the same period in 2019. Year-to-date FB stock price has increased by 43%. The social media giant has had relative success in 2020, reporting an increase in usage, despite seeing slower growth in its ad revenue. On the bright side for FB shareholders, this resulted in just a minor slowdown in growth rather than a decrease in revenue during the worst of the COVID-19 Pandemic.

Mark Zuckerberg stated, “We had a strong quarter as people and businesses continue to rely on our services to stay connected and create economic opportunity during these tough times.” He continued with, “We continue to make significant investments in our products and hiring in order to deliver new and meaningful experiences for our community around the world.” That is why Facebook is on this list of social media stocks to watch.

Next up on this list of social media stocks, is Snap Inc. (SNAP Stock Report). Snapchat is a social media application that allows you to send one-time open photos to friends, as well as chat and post 24-hour “stories”. Snap has been increasing in stock price throughout 2020. Additionally, Snap Inc. owns Spectacles and Bitmoji as well. It has grown to be one of the most commonly used social media applications in the entire world.

While we have all been stuck at home, Snapchat’s users have been growing in big numbers. The app has increased its ads and implementation for them to make more profit. Furthermore, the app offers news and different media channels for consumers to watch content with ad breaks in between.

“Our focus on delivering value for our community and advertising partners is yielding positive results during this challenging time. We’re excited about the growth of our business in Q3 as we continue to make long-term investments in our future,” stated Evan Spiegel, CEO of Snap.

On November 13th, SNAP stock price closed at $40.43 a share. As we continue to whether the pandemic, we anticipate that SNAP usage will continue to increase, and for this reason, Snapchat is on this list of social media stocks to watch.

Last but not least on this list of social media stocks to watch is Twitter Inc. (TWTR Stock Report). Twitter is known to most around the world due to its longevity as a social media service. As of 2018, Twitter was at 321 million monthly active users. The website allows people to post “tweets”, which are short messages sent out by users. This platform has gained even more relevance after Donald Trump was elected, as it is his communication platform of choice to speak to the public. So let’s look at what’s been going on with this social media stock lately.

Well, in 2020 TWTR stock price has reached a 5-year high at around $50 a share. Unfortunately, the company’s third-quarter earnings were not the most impressive resulting in a drop in the stock price. Even though the company beat earnings expectations and their sales of $936 million were better than analyst expectations of $777 million, it wasn’t quite enough to get investors excited. The issue was that Twitter’s monetizable daily active users were lower than the 195 million analysts expected reporting just 187 million.

Due to this, TWTR stock prices ended up falling, and as of November 13th, the stock closed at $40.43, a more than 15% drop from it’s near 52-week high of $50 a share range. It’s important to note that even though the mDAU numbers weren’t what analysts expected, the mDAU number is still 29% higher year-over-year, and aside from its second-quarter when it increased by 34%, the growth rate has been advancing consistently since 2018 when the company first switched from monthly active users to this key metric.

A drop in mDAU in my opinion isn’t enough to give Twitter a long-term bearish sentiment. The platform is still very popular and with COVID-19 still lingering, we anticipate the usage to increase, which is why Twitter is on the list of social media stocks to buy or sell before the end of 2020. 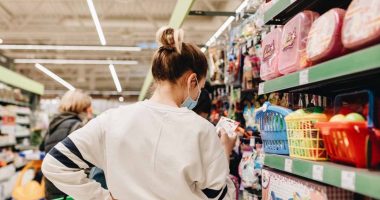 Consumer staples stocks could be worth considering as the stock market remains volatile. 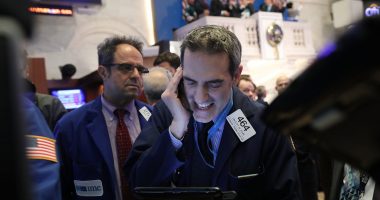 GameStop is set to release its latest quarterly earnings results after the closing bell today. 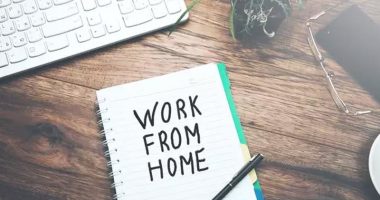 What does the future hold for these work-from-home stocks amidst news of a Pfizer vaccine rollout? 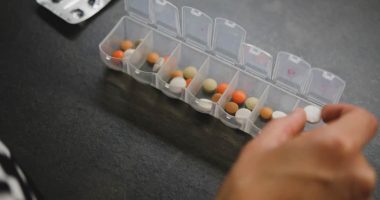 Looking for long-term buys for your portfolio? Take a look at these 3 top pharmaceutical stocks.