Are These The Best Tech Stocks To Watch In November 2020? 3 Names To Know

Tech stocks are all the rage these days. They have managed to slog through the COVID-19 pandemic, and some have even reached new highs in the stock market. With the advancement of technology over the last 40 years, you would think that the possibilities are endless. From how we do our shopping to how we indulge in entertainment, the world is a very different place today. You can now do your shopping from the comforts of your home instead of going to the shopping mall. Someone from the 80s would not believe that a pocket-size device can act as a television, map, camera, radio, and torchlight among other things.

Despite the pandemic crashing the global economy in March, the S&P 500 Information Technology has increased by 69% in value. You could say that tech stocks have led the recovery of the stock market. Software company Adobe (ADBE Stock Report) has seen increased revenue from its subscription-based software like Photoshop and Illustrator because of the pandemic.

For investors looking for stocks to buy that can deliver sustainable growth, tech stocks could be worth your attention. Of course, it is hard to discern which are the top tech stocks to look out for with so many to choose from. Tech companies who could adapt quickly to shifting demands and customers’ needs were able to succeed. Tech giants like Amazon Inc. (AMZN Stock Report) for instance has shown rapid growth in the months following the pandemic. With that in mind, are these the best tech stocks to buy in November?

Stocks of Align Technology (ALGN Stock Report) skyrocketed by 35% during Thursday’s trading day. This is after the company had announced its third-quarter fiscal results. The 3D digital scanner and clear aligner manufacturer have beat analyst expectations.  The company reported a revenue of $734.1 million, up by 108.4% quarter-over-quarter. This reflects a sharp rebound in sales for both its Invisalign clear aligners and iTero imaging systems as dental practices around the world reopened.

The company’s revolutionary Invisalign has several benefits compared to conventional braces. Patients no longer have to go through the painstaking process of applying braces and retightening them every now and then. Invisalign only requires a 3D scan to create the aligners for an effortless journey to straighter teeth. With its proprietary technology, the company dominates the clear aligners industry. Align’s Invisalign shipments were up by 28.7% year-over-year to 496,000 cases.

This growth is supported by doctors indicating that they are making good progress and working on the backlog of patients from office shutdowns. The company had shipped Invisalign cases to a record of 70,000 doctors with 5,800 being first-time customers. This reflects an increased adoption of this new form of cosmetic dentistry. With so much excitement surrounding ALGN stock, should this top tech stock be worth adding to your portfolio?

Popular tech company Snap (SNAP Stock Report) has enjoyed 2020 so far. Its share price has increased by 131% year-to-date. The company behind the popular social media app Snapchat has achieved an all-time high in the stock price in the past few days. This has pushed Snap’s valuation to more than $50 billion for the first time. The company had reported a stellar performance in its third-quarter fiscal. Investors were blown by the company’s surprise profit after crushing expectations.

The company reported increased revenue of 52% to $679 million year-over-year. Snap has also reported that its daily active users (DAU) grew by 18% year-over-year to 249 million. In addition to that, the average number of Snaps created grew by 25% year-over-year. Snaps are pictures or videos that are sent through the app to a user’s friends. Through the Discover platform, it engages users as a destination for content that entertains and informs. It was reported that 40% of the US Gen Z population watches sports Discover content on Snapchat.

Snap is able to make such gains in revenue as it has strengthened its ad platform and products. It also actively engaged its advertisers to further improve its ad model business. In 2020, the company had partnered with big brands like Kohl’s and Levi’s to launch its augmented reality-powered virtual try-on experiences. The company also launched Platform Burst, which allows advertisers to purchase ad inventory across different formats to target a specific audience. Snap’s revamped ad platform is only beginning to show its potential in revenue making. Would you take a chance with SNAP stocks given its potential?

Perhaps one of the biggest winners in 2020, Zoom (ZM Stock Report) has enjoyed staggering gains. The company had benefited tremendously from the COVID-19 pandemic over the last few quarters. This makes sense given how consumers and businesses have embraced virtual communications. To date, the company has enjoyed a 659% increase in share price, at $520.54 per share.

In its second-quarter fiscal announced in August, the company had reported an impressive 355% increase in revenue, up to $663.5 million. It also reported a customer increase of 458% year-over-year. As the number of COVID-19 cases is expected to increase in fall and winter, investors are expecting more social distancing and lockdowns, which could boost the usage of Zoom’s video calls. With that, Zoom expects revenue of $685 million to $690 million for its third quarter and total revenue of $2.37 billion to $2.39 billion for its full fiscal. We will find out more when Zoom reports in early December.

During the company’s Zoomtopia event, Zoom had announced several new features and products. By introducing immersive scenes, all meeting participants will be shown in a common background to give the impression of being in the same area. The key highlight however was on how the company is presenting a platform as a service rather than just video communications. Its new OnZoom online event platform will host free or paid events like webinars. The company also unveiled Zapps, which allows other productivity apps, such as Dropbox and Slack, to be used directly in Zoom. All these could position ZM stocks as a top tech stock to watch in the long run.

Are these the best semiconductor stocks to buy today? 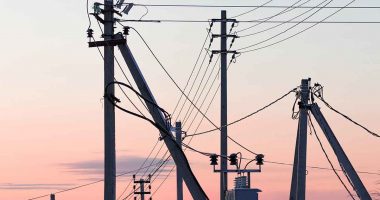 Should you consider adding utility stocks to your July 2022 watchlist? 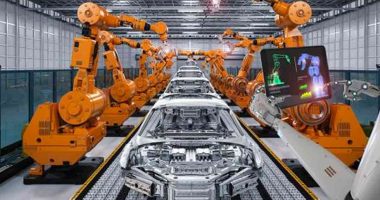 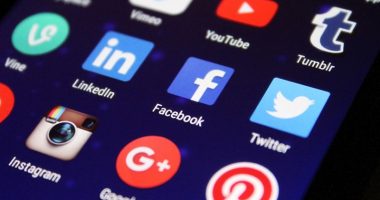