Are These The Top Consumer Stocks To Watch This Week Amid The Proposed U.S. Stimulus Bill?

Could these consumer stocks be on the rise if the $908 billion stimulus goes ahead?
Total
16
Shares
Share 14
Tweet 0
Pin it 2

Looking For The Best Consumer Stocks To Buy This Week? 3 For Your List.

Consumer stocks have had a bumpy year in the stock market. The coronavirus pandemic had affected many industries. Despite being highly dependent on the economy, these stocks are a mixed bag. Some top consumer stocks showed resilience and have managed to weather through the COVID-19 pandemic rather smoothly. Some less fortunate consumer stocks, on the other hand, could be on the brink of bankruptcy.  Investors would need to discern a little to be able to pick the good from the bad.

However, things are starting to turn for the better in December. As Pfizer’s (PFE Stock Report) coronavirus vaccine will be distributed to the masses in the U.K., this is uplifting news for the world. We could finally be going back to how things were pre-pandemic.  Furthermore, the U.S. Food and Drug Administration (FDA) looks set to authorize Pfizer’s vaccine for emergency use authorization in the U.S. this week. The FDA will also review Moderna’s (MRNA Stock Report) vaccine results next week. Will 2021 be the year the economy finally recovers?

Furthermore, a bipartisan group of U.S. senators will put forward legislation this week for an additional stimulus package worth around $908 billion. The stimulus will speed up aid to an economy that is at risk of a further dip due to a record spike in coronavirus cases. The proposal includes $288 billion in small business aid and $180 billion in unemployment benefits. This would very likely spur the economy and in turn, play in favor of top consumer stocks to buy. For instance, consumer stocks like Amazon (AMZN Stock Report) and Target (TGT Stock Report) have seen impressive growth this year and could further benefit from this stimulus. With that, here are 3 consumer stocks to watch this week.

Etsy (ETSY Stock Report) is a consumer stock that focuses on handmade or vintage items and craft supplies. The company is essentially a global marketplace for unique and creative goods. From unique handcrafted pieces to vintage treasures, Etsy has it all. With people being furloughed and unemployed, more people have turned to Etsy to make a living. The company’s shares are up by over 240% year-to-date.

In the company’s third-quarter fiscal posted in October, Etsy posted revenue of $451 million, which is a staggering 128% increase year-over-year. Impressively, the company reported over 15 million new and reactivated buyers on Etsy, which is a 112% increase year-over-year. This along with 69 million active buyers that have purchased at least once in the year is certainly an impressive figure to boast. CEO Josh Silverman says that consumer shopping habits have been greatly influenced by the events of 2020. Etsy truly stands for something different as it has been able to sustain growth by driving retention and becoming an important shopping destination for new buyers.

Etsy’s marketplace standalone gross merchandise sales (GMS) growth is at about 125%. This outpaces the e-commerce industry benchmark of 45% set by the Census Bureau of the Department of Commerce. This is evident as the company saw all its categories grow from a range of 37% to 164% in GMS. In this quarter, for instance, masks remain a large category for Etsy. As the number of coronavirus cases rises, mask sales could also follow suit. With steady momentum going into 2021, could ETSY stocks be a top consumer stock to buy?

Kodak (KODK Stock Report) is best known for its analog photography in the 20th century. With the advent of digital photography in the late 1990s however, the company began to struggle financially. Today, however, tells a different story. The company now focuses on its Print, Consumer, Motion Picture, and Advanced Materials and Chemicals segment. The company’s shares have been up by over 50% today after federal regulators found no wrongdoing concerning a stalled U.S. government loan.

The company has reported its financial results for the third quarter last month. The company posted consolidated revenue of $252 million and a cash balance of $193 million. Despite reporting declines in revenue, the company has continued to invest in leading-edge digital print technology.  The company is also building its strengths in print and advanced materials & chemicals. This also includes its existing business in the manufacturing of pharmaceutical ingredients.

In this quarter, Kodak has converted $100 million of 5.00% Secured Convertible Notes due 2021 into common stock. The company has also made huge strides in its Motion Picture segment. The film Tenet is shot on KODAK 65mm film and was praised for its visuals and aesthetics. Kodak has also won a total of five Buyers Lab Outstanding Innovation awards for its ground-breaking continuous inkjet technology that is said to be a game-changer. With momentum picking up for the company, will you add KODK stock into your portfolio?

[Read More] Are These The Best Work-From-Home Stocks To Buy Now? 1 Up By Over 300% Since March

The next consumer stock on this list is GameStop (GME Stock report). GameStop is a video game, consumer electronics, and gaming merchandise retailer that is based in Texas. The Fortune 500 company is the world’s largest video game retailer with over 5,500 stores across 14 countries. GameStop will announce its third-quarter results tomorrow.

The company had reported its second-quarter fiscal in September. GameStop had reported global e-commerce sales that increased by 800% year-over-year. The company had also reported net sales of $942 million, a 26.7% decrease compared to a year earlier. This is because of the impact of operating during the last few months of the seven-year-long current generation console cycle. As Sony (SNE Stock Report) and Microsoft (MSFT Stock Report) has released their next-generation consoles recently, this could fuel GameStop’s growth for the next financial year.

With the likelihood of a stimulus bill being announced this week, many Americans could end up frequenting GameStop to get the latest consoles and games 2020 has to offer. This consumer stock is up by over 150% year-to-date. The increase in share price is of course due to more people staying at home and hence consuming more gaming merchandise. This latest rally also reflects optimism for the holiday shopping season, the release of Sony’s PlayStation 5, and a new partnership with Microsoft. Will you have GME stock on your watchlist for these reasons? 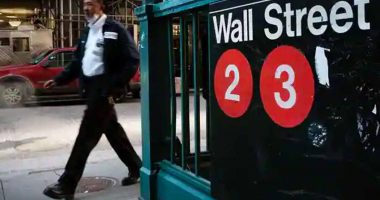 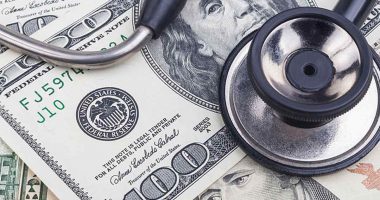 Could these health care companies be worth watching right now? 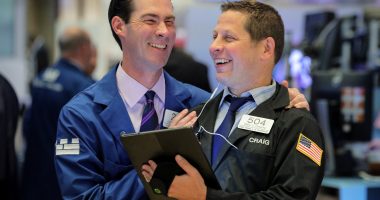 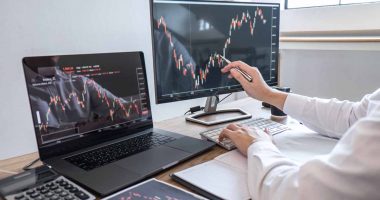 Should investors be keeping an eye on these cyclical stocks making the rounds?