Are These The Top Epicenter Stocks To Watch Now? 4 Reporting Earnings This Week

Could the end of the coronavirus pandemic see these epicenter stocks soaring?
Total
3
Shares
Share 1
Tweet 0
Pin it 2

Looking For The Best Epicenter Stocks To Watch This Month? 4 To Consider

Epicenter stocks, as the name suggests, are stocks right in the middle of the current world health crisis. These stocks saw the biggest losses on the stock market back in March. These can be travel agencies, ride-hailing services, or even physical entertainment companies, to name a few. However, as these companies saw their share prices dive, investors saw an opportunity.

The current bull argument is that top epicenter stocks could be looking at the biggest recoveries once the pandemic comes to an end. Logically, positive vaccine news would incentivize investors to turn towards epicenter stocks. Recall Joe Biden’s latest nationwide inoculation plan, his administration is looking to vaccinate the whole country by the end of summer 2021. All this adds up to an overall sentiment pointing towards potential explosive growth post-pandemic. We can already see interest in the sector with Carnival (NYSE: CCL) and Spirit Airlines (NYSE: SAVE). Both have more than doubled in valuation since the stock market crashed in March.

With all this in mind, it would not surprise me if investors are making a list of the best epicenter stocks to buy now. Additionally, some of the top epicenter stocks are reporting their fourth-quarter earnings this week. Here are four such stocks that are in focus in the stock market today.

First up, we will be looking at Uber. The tech company is a go-to when talking about epicenter stocks. For one thing, its core ride-hailing business is still feeling pandemic-related impacts. However, Uber has a key advantage over its competition, with its food delivery business arm. Its UberEats segment has been particularly productive, seeing quarterly gross bookings double for the past two quarters. UBER stock is looking at gains of over 290% since the March selloffs, closing last week at a record high. Seeing as the company is slated to release its fourth-quarter fiscal on Wednesday, investors would likely be watching it closely.

Despite its solid recovery from the pandemic, Uber does not seem to be slowing down anytime soon. Since the start of 2021, it has collaborated with Moderna (NASDAQ: MRNA) for vaccine information and access. Uber has also made a series of expansions on its UberEats delivery segment. Briefly, it announced medical prescription delivery services in New York City, in late January. This was followed by an acquisition of the U.S. leading on-demand alcohol marketplace, Drizly, last week. As a result, it now offers on-demand alcoholic beverage delivery services on UberEats as well. If that wasn’t enough, it also launched a campaign to promote local businesses throughout the U.S. This could incentivize long-term partnerships. With all this in mind, will you be watching UBER stock ahead of its earnings call?

Another top epicenter stock in focus now would be Disney. Similar to other epicenter stocks, its primary tourist-focused businesses were badly affected when the pandemic hit last March. Admittedly, the company has leveraged its massive multimedia portfolio by investing in its three streaming services, Hulu, ESPN+, and Disney+. Safe to say, Disney+ has and continues to meet thunderous applause from consumers. The streaming platform boasts over 86 million subscribers as of last December, more than half of Disney’s overall streaming subscriptions. As the company rides the streaming trend, investors appear to be keen on DIS stock. Evidently, it closed last week within reach of its all-time high from December.

For starters, Disney is scheduled to report its earnings on Thursday after the closing bell. This will likely be the next chance we get to see how Disney+ is doing since its Investor Day. Seeing as DIS stock shot up by 13.59% at that time, investors could be eyeing the company this week. Moreover, the company also announced the official release date of yet another Marvel-based Disney+ series in a Super Bowl ad just yesterday. With JP Morgan (NYSE: JPM) setting a price target of $210, do you think DIS stock is a top epicenter stock to buy?

Next up, we have global hospitality and entertainment company MGM. Aside from adapting its hotel services to the new norms, MGM is also involved in sports betting in the U.S. As more states look towards legalizing online betting to raise revenue, MGM appears to be positioned to take advantage of this. Accordingly, investors seem aware of this as well with MGM stock skyrocketing over 370% since the March lows. Seeing as the company will be hosting its earnings call on Wednesday, MGM stock could be on the radar now.

To clarify, the company has focused heavily on its BetMGM online betting platform. It collaborated with British sports betting company, Entain, in the process. Regarding the hype around this sector of entertainment now, we could look at its competition Penn National Gaming (NASDAQ: PENN). Penn reported earning $27.5 million and saw 48,000 new customers in the first 10 days of operations in Michigan. To point out, this could indicate high demand for sports betting services. In the case of MGM, the company could be looking at a huge growth opportunity down the line. Time will tell if MGM can make the most of this. In anticipation of its earnings release on Wednesday, will you be adding MGM stock to your watchlist?

Expedia has been making waves lately as well. The Washington-based travel company operates via its numerous websites. Primarily, these consist of travel fare aggregators and travel metasearch engines. Given the current state of the world, EXPE stock has been on a tear, recovering to pre-pandemic levels. No doubt, this is thanks to its cost-cutting and restructuring initiatives. With the overall positive sentiment regarding vaccine rollouts, investors have clearly been flocking to EXPE stock. The company is looking to release its fourth-quarter financial results after market close on Thursday, should you be following suit?

Well, Expedia has certainly not been sitting idly by amidst the current chaos. Last week, the company announced plans to offer discount travel rates to all its travel agency partners. Expedia’s Travel Agent Affiliate Program (TAAP) consists of roughly 10,000 partners. This move would open up pre-existing discounts that only higher-tier partners received before this. Expedia’s TAAP senior director, Robin Lawther said, “As a partner to thousands of travel agents – big and small – across the world, we know they have a major role to play in getting the travel industry back on its feet.” Arguably, it seems that Expedia is looking to maintain strong relations with its partners until the inevitable post-pandemic travel waves commence. Could this mean huge long-term gains for EXPE stock? You tell me. 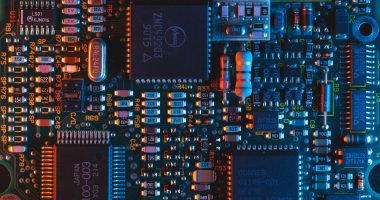 Should investors be keeping an eye on these tech titans after the strong earnings from Alphabet? 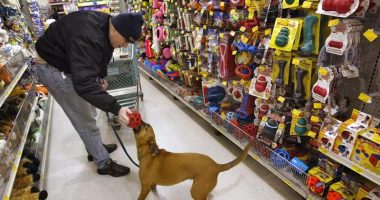 Can these retail companies make the most of this holiday season? 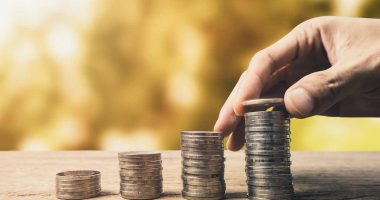 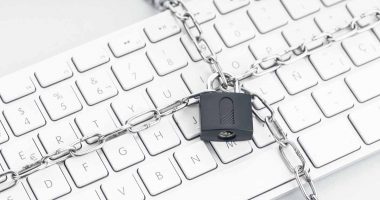 Are these hot cybersecurity stocks worth the investment this year?