Are These The Top Tech Stocks To Buy Before 2021? 3 Names To Watch

Tech stocks have had a brilliant 2020 but will this momentum be carried over to the new year?
Total
0
Shares
Share 0
Tweet 0
Pin it 0

Looking For The Best Tech Stocks To Buy Before The New Year? 3 Names For Your List

Tech stocks have had one of the best years in the stock market. These stocks have led to the recovery of the stock market in nearly every index. The Nasdaq Composite, which is a tech-heavy index, has been up by 79% since the March lows. This is unsurprising as tech companies could thrive in this coronavirus era while many other industries could not. We have intertwined greatly with tech after all if you think about it. We depend on them daily to carry out our jobs and activities.

For instance, tech giant Amazon (AMZN Stock Report) has seen its share price increase by over 60% year-to-date. These gains were given as the company could leverage on shifting consumer demands to e-commerce. With more people staying at home, the company has reported that this year’s holiday shopping season has been the biggest in its history. This is because more consumers are doing their holiday shopping from their couch due to the pandemic. It is so incredulous that one analyst estimates that it could capture 42 cents out of every dollar spent in this holiday period.

Another tech stock that has shown impressive gains this year is DocuSign (DOCU Stock Report). This tech stock has tripled in price since the start of the year. The company was able to cater to its customers that were working from home. Despite the broader market slowing down this week from a post-election rally, could this be an opportunity for investors to pick these top tech stocks?

Tech titan Nvidia (NVDA Stock Report) has had an amazing year. The graphic processing unit (GPU) pioneer has been working hard to create chips for the gaming market. Nvidia pushes the limit for graphical processing and gaming performance with every new iteration of its GPU. Nvidia has also set its sight on a much bigger prize, data centers. Its data center segment will outpace its gaming segment in the next few years.

Nvidia’s shares are up by over 120% year-to-date. The company has just reported its third-quarter fiscal last month and has blown analyst expectations through the roof. Nvidia’s revenue for this latest quarter was a whopping $4.73 billion, up by 57% year-over-year. Almost half of this came from its gaming division at $2.27 billion. Its data center segment also saw explosive growth of 162% year-over-year at a record $1.9 billion. Of course, this strong growth is driven by sales of its RTX 30 Series that were launched to overwhelming demand.

The company states that the RTX 30 Series is the greatest generational leap in terms of performance in the company’s history.  Because of that, Nvidia has been receiving rave reviews for its latest GPUs. Through an extensive lineup of GPUs, Nvidia is able to access the wider mid-range market and has seen its sales increase significantly. It even released a ‘lower’ tier model, the RTX 3060 Ti, which is priced at $400. When I say lower, however, it still gives a better performance than last year’s high-end RTX 2080. You can see why Nvidia is enjoying so much success recently. With that in mind, will you add NVDA stock into your portfolio?

This spike in share price is likely due to its record quarter financials posted in November.  The company posted a revenue of $8.35 billion, which is a 73% increase compared to a year earlier.  It also reported a net income of $2.96 billion and an earnings per share of $2.58. These are truly spectacular figures if you ask me. Furthermore, it managed to pull off such a strong performance despite the implications of the pandemic this year.

The company recently teased its Snapdragon 888, which is its latest 5G equipped smartphone processor. This chipset will be powering almost every major 2021 Android flagship. It promises a 25% faster CPU and alongside the company’s new Adreno 660 GPU would be the biggest GPU performance jump for Qualcomm. This positions Qualcomm for solid growth as it further widens its market share. If Nvidia dominates the computer space, then Qualcomm would be the king of the smartphone arena. With such solid fundamentals, are QCOM stock on your watchlist?

[Read More] Looking For The Best Tech Stocks To Buy Now? 2 Up By Over 200% Year-To-Date

Hot off its IPO in September, Unity Software (U Stock Report) has been making the headlines recently. Unity Software is a video game software development company that is based in San Francisco. The company is the brains behind the licensed game engine Unity. The game engine is used to create video games and other applications. The company’s share is currently traded at $150.94 as of Friday’s close.

The company had also just announced its third-quarter fiscal last month. Unity Software reported revenue of $200.8 million in this quarter, up by 53.3% from a year earlier. The company notes that some of the biggest gaming blockbusters in this third quarter has been powered by its Unity engine. Notably, Mediatonic’s Fall Guys is the most downloaded title on Sony’s Playstation Plus subscription service in history.

Many gaming companies depend on Unity Software to create the latest and greatest that the gaming industry can offer. Companies use Unity’s real-time 3D technology to create immersive and interactive content. The company states that more than 90% of the top gaming companies utilize its software. This essentially gives Unity an indispensable position in the gaming industry and could very well fuel the company’s growth in the coming years. All things considered, will U stock be a top tech stock to buy for the long run? 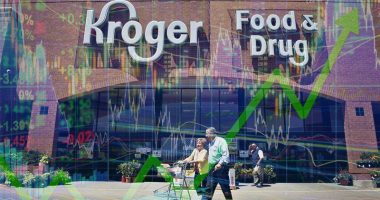 Can Kroger Stock Replicate The Success Of Walmart?  How can a traditional… Do you have eyes on these trending meme stocks today? 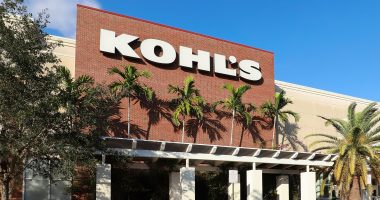 Markets are down today as retail giants are battered by inflation in their latest earnings. 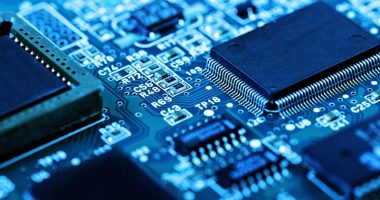 How will these tech stocks perform in December 2020?