Are These Top Tech Stocks Worth Buying Despite Their High Valuations?

3 Top Tech Stocks To Buy [Or Sell] This Week

Tech stocks have been leading the market recovery since the stock market crash in March. The reason is that tech companies have adapted far quicker than other mainline industries. A significant percentage of tech companies’ business models are already software or hardware-based. With more people staying at home and businesses shifting online due to the COVID-19 pandemic, tech companies are thriving. For this reason, there is a spike in demand for the offerings from these top tech stocks.

After leading the rally back from the market’s low since March, however, the S&P 500 information technology sector has underperformed in recent weeks. It was among the weakest within the S&P 500 in September. It has been down 8% since peaking on September 2 compared with a 5% decline in the S&P 500 during the same period. The good news is that tech valuations remain well-supported. With that being said, could the recent rebound in the tech industry be an opportunity for investors who want to trade on momentum?

For instance, tech companies like Adobe (ADBE Stock Report) and Autodesk (ADSK Stock Report) have performed well in the stock market. Both companies are software companies that provide users the tools for work and creativity. As more people are working from home, the demand for these companies’ software has skyrocketed. ADBE stock price has been up by 46.7% year-to-date. ADSK stock has enjoyed a staggering 72.2% increase year-to-date. With that in mind, here are the top tech stocks that you might want to include on your watchlist for the rest of the year.

Tech Stocks To Buy [Or Sell] This Week: Apple Inc.

Tech giant Apple (AAPL Stock Report) has had an amazing year so far. This tech stock has had a 53.1% increase year-to-date. Currently, trading at the $115 range, Apple has begun to recover from the worst of the September selloff.  The company is about to debut its next generation of iPhone products this month. With the unveiling of the iPhone 12, it will be the first Apple product to adopt 5G connectivity. With lightning-fast download speeds, 5G is the future of connectivity and Apple is heading in that direction.

Ahead of its iPhone launch, the company had in late July announced its financial results for the fiscal third quarter ended June 2020. Apple posted quarterly revenue of $59.7 billion, an increase of 11% year-to-year. The company has also posted quarterly earnings per share of $2.58, up by 18% year-to-year. Double-digit growth in both products and services and growth in each of its geographic segments had driven these figures, reported by Tim Cook, Apple’s CEO. Apple’s ability to innovate and execute during these challenging times is what allowed the company to have had such a strong quarter.

With the launch of iOS 14, the company’s latest software iteration for its products, the latest software has received rave reviews so far. From the addition of widgets and a cleaner UI to new privacy options, there is certainly much to like. Apple is expecting a wider user adoption of its product as this major software upgrade makes it easier to interface with its line of products. With solid figures to back Apple’s growth and the recent sell-off, could this present an opportunity for investors to buy AAPL stock?

Tech Stocks To Buy [Or Sell] This Week: Amazon.com Inc.

Amazon (AMZN Stock Report) has been the darling of the tech industry through thick and thin. Throughout the years, Amazon has dramatically increased its merchandise selection and shifted to e-commerce and cloud computing.  This contributed to making Amazon one of the largest publicly-traded companies in the world. Analysts forecast 38% earnings growth this year and 40% in 2021 as the COVID-19 pandemic will likely drag on into 2021.

The company reported a revenue of $88.9 billion in sales in the previous quarter. Retail made $78 billion out of that total revenue. With its annual Prime Day shopping event scheduled for October 13 to 14 this year, it could set a new sales record for the retail giant. The company is expected to bring in $10 billion in gross merchandise sales in those two days.  Prime Day will mark the start of the shopping for the holiday season. With consumers avoiding big crowds as the Christmas holidays begin, you can bet that more people will do their shopping online.

Shopping was already moving online before the COVID-19 pandemic. However, even more, retailers are now forced to close their doors and consumers staying at home. These accelerated online sales significantly in the second quarter. According to the U.S. Census Bureau, online sales grew by 44% in the second quarter and Amazon has benefitted from this. The company was able to innovate and adapted despite the global downturn. Despite operational setbacks, Amazon has kept pace with the e-commerce market. With that, would you say that Amazon is an investor’s favorite tech stock to buy?

[Read More] Are These The Best Stocks To Buy In Anticipation Of Another Stimulus Package?

Tech Stocks To Buy [Or Sell] This Week: Nvidia

The inventor of the graphics processing unit (GPU), Nvidia (NVDA Stock Report) has had a stellar performance in the stock market this year. Currently valued at a share price of $553.55, up by a mind-blowing 130% year-to-date. The tech company has recently pegged its total addressable market at more than $100 billion. With huge opportunities in areas such as edge computing platforms, healthcare, and of course gaming, the company has a vast opportunity for expansion.

With the company recently announcing its next-generation RTX 30 series, investors were delighted during the unveiling. This next generation of GPUs will have a noticeable performance bump over the RTX 20 series. By making their GPUs more affordable, Nvidia is accessing the larger mid-range market. It is taking on the gaming console divisions of Sony (SNE Stock Report) and Microsoft (MSFT Stock Report) head-on.

Nvidia has also announced its second-quarter fiscal for 2020. It saw record revenue of $3.87 billion, up by 50% from a year earlier.  Its data center division reported a revenue increase of 167%, up to $175 billion. Nvidia is poised for potential growth given its solid Q2 results. This is of course before factoring the sales of its RTX 30 series which analysts expect to further increase the revenue of the company. 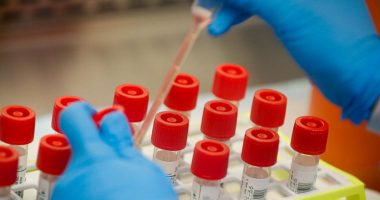 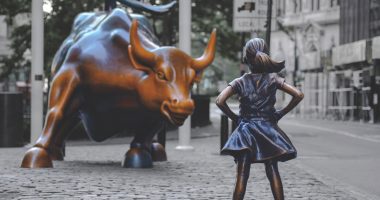 Could the bulls be louder than the bears this week? 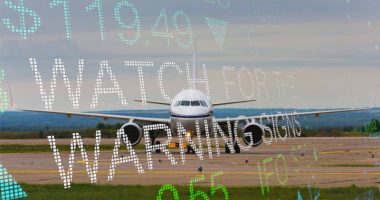 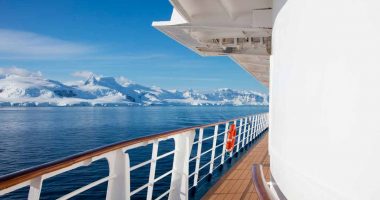 With all the buzz around epicenter stocks now, could one of these four be your next big investment?