Best Artificial Intelligence Stocks To Buy Now? 4 To Check Out

Could artificial intelligence stocks be a smart play in the tech industry today?
Total
10
Shares
Share 8
Tweet 0
Pin it 2

As more and more companies adopt artificial intelligence (AI) in their operations, investors may be considering AI stocks in the stock market. After all, AI remains to be an increasingly relevant area of research now. For the uninitiated, AI deals with machines that attempt to emulate human intelligence. Most of us may think of sentient robots and futuristic gadgets upon hearing the term. But in reality, AI often revolves around complex algorithms and software which enable enterprises to make more effective decisions.

Furthermore, Gartner (NASDAQ: IT) forecasts the AI software market worldwide to reach a staggering $62 billion this year. This marks an increase of 21.3% from last year. Gartner also forecasts the top five use case categories for AI. Accordingly, they are knowledge management, virtual assistants, autonomous vehicles, digital workplace, and crowdsourced data. Seeing that AI brings much to the table, it is no wonder that the industry continues to be a massive focus for tech firms.

Apart from this IBM (NYSE: IBM) announced on Tuesday that it has acquired Neudesic, a leading U.S. cloud services consultancy. Neudesic primarily specializes in Microsoft’s (NASDAQ: MSFT) Azure platform, along with expertise in multi-cloud. Hence, this acquisition will significantly expand IBM’s portfolio of hybrid multi-cloud services and advance its hybrid cloud and AI strategy. And on that note, here are 4 more AI stocks to watch in the stock market today.

Starting off our list of AI stocks is Upstart, a leading artificial intelligence lending platform. In essence, the platform aims to improve access to affordable credit while reducing the risk and cost of lending for its bank partners. Notably, its platform uses more sophisticated machine learning models to accurately identify risk. For instance, using non-traditional variables such as education and employment to predict creditworthiness. Therefore, this allows the platform to approve more applicants as compared to traditional credit score-based lending models.

Upstart yesterday announced financial results for its fourth-quarter and full fiscal year 2021. Jumping right in, revenue for the quarter was $305 million, a huge increase of 252% year-over-year. GAAP net income was $58.9 million, up from $1 million a year ago. Accordingly, GAAP earnings per share for the quarter was $0.61. The company also announced a share repurchase program of up to $400 million of common stock.

Upstart CEO Dave Girouard said “With triple-digit growth and record profits, Q4 was an exceptional finish to a breakout year for Upstart. 2021 will be remembered as the year AI lending came to the forefront, kicking off the most impactful transformation of credit in decades.” Given the strong quarter, would you buy UPST stock?

Following that, we have the leading chipmaker Nvidia, mainly known for making graphics processing units (GPUs) for the gaming and professional markets. But as companies grow, they tend to expand their addressable markets as well. As such, Nvidia’s product offerings now include industry-leading AI chips that are used in data centers and autonomous vehicles to name a few.

In late January, Meta Platforms (NASDAQ: FB) unveiled details for its new AI Research SuperCluster (RSC). Seeing that Nvidia is among the leaders in the AI space, Meta tapped Nvidia to power the RSC. Put simply, the RSC is a massive supercomputer housed in a data center that is expected to be completed by the middle of this year. The supercomputer will be powered by 6,080 GPUs packaged into 760 Nvidia A100 modules, the company’s fastest machine built for AI tasks.

To put into perspective, all that processing power puts the RSC in the same league as the Perlmutter supercomputer. Currently ranked as the world’s fifth fastest supercomputer, the Perlmutter is also powered by more than 6,000 of the same Nvidia GPUs. With this behemoth of a supercomputer in the works, would you invest in NVDA stock ahead of its earnings release after the market closes today?

Another top AI stock to consider is Qualcomm. For the most part, the wireless tech company primarily engages in the development, launch, and expansion of technologies such as 5G. As a matter of fact, its technologies and products serve industry segments and applications beyond mobile, including automotive, computing, Internet of Things (IoT), and virtual reality.

And as it develops these products, Qualcomm incorporates the use of AI into them. Notably, in its Qualcomm Snapdragon mobile processors. Last week, it was rumored that the Snapdragon 8 Gen 1 Plus processor might be arriving sooner than expected. The processor will be the successor of the two-month-old flagship Snapdragon 8 Gen 1. The rumored chipset will likely offer improved CPU performance through higher clock speeds but with better power efficiency.

Earlier this month, the company reported its fiscal first-quarter results. In brief, revenue for the quarter rose 30% year-over-year to $10.7 billion. Besides, net income was $3.4 billion, an increase of 38% from a year ago. Cristiano Amon, President and CEO of Qualcomm, believes that the company is still “at the beginning of one of the largest opportunities” in its history. He also sees the company’s addressable market expanding by more than seven times in the next decade. With these developments, does QCOM stock pique your interest?

Recently C3.ai entered an agreement with the U.S Department of Defense worth $500 million. Accordingly, the agreement entails an accelerated timeline to acquire the company’s suite of Enterprise AI products. Besides that, it will also allow any DoD agency to acquire company products and services for modeling and simulation. If anything, this is a testament to the company’s capabilities in AI technology.

Not only will it be able to showcase C3.ai’s extensive solutions, the company could also keep finding new ways to better serve the U.S. federal government. In fact, the U.S. Air Force and U.S Space Command have already adopted the company’s defense and intelligence applications. Besides that, the company will reportedly announce its third-quarter fiscal year 2022 results on March 2. All things considered, would you invest in AI stock? 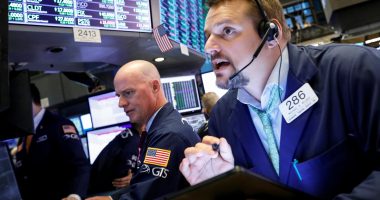 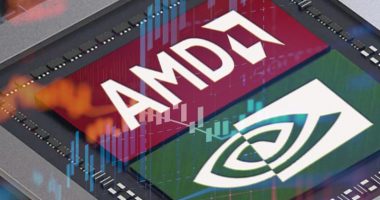 Are these two top tech stocks on your 2020 watchlist? 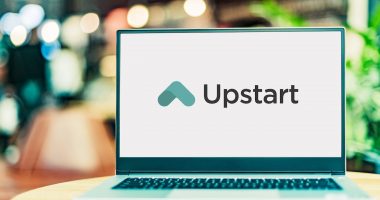 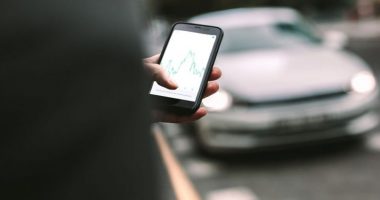 Here comes the busiest and most critical weeks for top tech stocks in the market.