Biotech stocks could be the most recession-proof sector you can find in the stock market today.
Total
15
Shares
Share 11
Tweet 0
Pin it 4

Are These The Best Biotech Stocks To Buy Now?

Biotech stocks were one of the biggest winners in the stock market last year. While many stocks on the market have yet to recover fully from the crash in March, top biotech stocks have thrived. The SPDR S&P Biotech Index was up 56% over the past year, compared to 17% for the S&P 500 Index. This is in large part due to the global pandemic and the relevant medical products biotech companies offer. We have seen share prices of key vaccine companies skyrocket. For instance, Novavax’s (NASDAQ: NVAX) and Moderna’s (NASDAQ: MRNA) share prices are up by over 2,400% and 450% respectively in the past year. With gains like this, it is clear that seasoned and new investors alike have their sights on this part of the industry.

How Do We Look For The Best Biotech Stocks To Buy?

As we finish a year like no other, investors are looking for the best stocks to buy this year. It’s natural for investors to consider last year’s strong performers. Who knows, this might be the beginning of a massive growth story for these stocks over the next decade. Looking for the best biotech stocks to buy can be tricky given that volatility often haunts the space. However, with proper research and due diligence, you might have the upper hand to increase your chance of scoring big with these top biotech stocks. So, without further ado, let’s take a closer look at these biotech stocks that are trending in the stock market this week.

Clinical stage biotech company, Cassava Sciences has one of the most exciting drugs to be developed in years. The company saw its stock price skyrocketed nearly 40% on Wednesday’s trading session. This is not your typical small-cap biotech stock that skyrocketed one day and then died down the next day. In fact, its Alzheimer’s drug appears to stand a decent chance of gaining approval in 2021. And that could explain its spike during Wednesday’s trading session.

For those who haven’t come across Cassava Sciences, the company is currently on a strong mid-stage trial for its experimental Alzheimer’s disease medication known as sumifilam. Given the limited options in the Alzheimer’s space, the first drug to slow down or even reverse the disease would almost certainly become a blockbuster. Admittedly, sumifilam is still some distance away from providing conclusive evidence and winning regulatory approval. In early January, the company appointed James Kupiec, MD, to the newly created position of Chief Clinical Development Officer. He will lead the Phase 3 clinical development strategy for sumifilam. Previously, he spent several years at Pfizer (NYSE: PFE).

If the company can repeat sumifilam’s success in a larger study designed to measure long term cognitive benefits, sumifilam could potentially become the top-selling drug of its time. Anyone considering an investment in Cassava, though, needs to understand there’s still a long road ahead. It seems like there may still be an upside despite the recent run. Despite its recent weakness in SAVA stock, I am still keeping an eye on this one. Who knows, sumifilam might just be the Alzheimer’s drug we’ve been waiting for. And if that happens, we could be staring at a multibagger here.

Next up, we have Johnson & Johnson on investors’ radar. This came after the company said its single-shot vaccine has been proved to be safe and effective. Most importantly, it is able to generate antibodies in an early phase trial. The company is also reportedly saying that it’s on track for global rollout this March. While we do not have the efficacy numbers right now, we could expect comprehensive data at the end of this month or early next month.

The study showed that 90% of 805 volunteers aged 18 to 55 developed protective antibodies 29 days after a single dose, and that increased to 100% by day 57. The study is ongoing, but the protection has lasted 71 days so far. “We are aiming for 1 billion doses in 2021. If it is a single dose, that means 1 billion people. But it will be in a ramp-up throughout the year,” Stoffels said.

A single-shot of the vaccine “gives sustainable antibodies,” Dr. Paul Stoffels, chief scientific officer at J&J, told CNBC. The results have given the company “confidence” that the vaccine will be effective, Stoffels told CNBC. Also, the company had posted its third-quarter results in October. J&J had reported sales of $2.1 billion, reflecting a 1.7% increase year-over-year. The company had also reported earnings per share of $1.33, which is a staggering 101.5% increase from a year earlier. As J&J prepares for its vaccine distribution this year, will you consider buying JNJ stock today?

[Read More] Is Jumia Technologies (JMIA) The Best E-Commerce Stock To Buy In 2021?

Illumina has been in the limelight for all the right reasons. Unlike the other two on this list, Illumina doesn’t make any drugs. Instead, the company specializes in cancer and complex disease genetic research. Illumina is a world leader in next-generation sequencing (NGS) technology. With NGS, researchers will be able to understand transmission routes, mutation rates, and vaccine development. Be it COVID-19 or cancer, this company is the key to understanding the genetic material of these diseases.

According to the company’s CEO, the company’s business is bouncing back. He said that December 2020 quarter revenue was $950 million when analysts had expected less than $880 million. In September, the company had announced that it planned to acquire GRAIL for $8 billion. GRAIL works on liquid biopsy, which screens for different types of cancers using blood samples. The addressable market GRAIL is targeting could grow to $75 billion by 2035 so there is a lot of potential in this acquisition.

If GRAIL is successful in developing its liquid biopsy products, Illumina will stand to benefit from this acquisition. Furthermore, the company promises that its newest line of NovaSeq machines will bring genetic sequencing to a price of $100. The ongoing price reduction will no doubt expand the market beyond its current size. Analyst estimates that the sequencing market could grow to $25.5 billion by 2025 as well. With the long-term potential surrounding ILMN stock, would you bet on ILMN stock today? 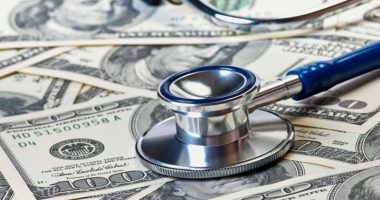 Could health care stocks be set for another bull run after Moderna’s stellar performance in the stock market? 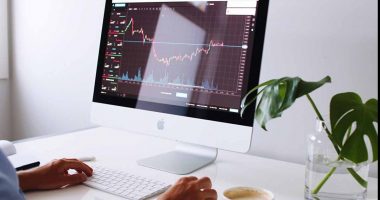 Check out these tech stocks making moves in the stock market now. 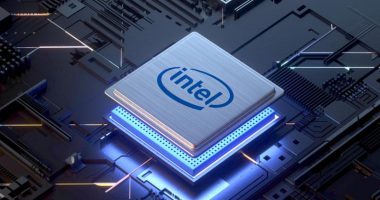 Could these tech stocks be top performers in a post-pandemic world? 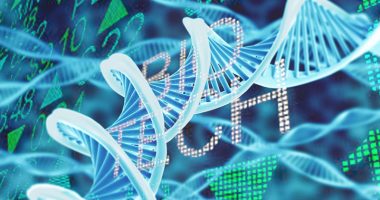