Best Cannabis Stocks To Buy This Week? 3 To Know

Could these cannabis stocks be top picks as third-quarter earnings season kicks off?
Total
10
Shares
Share 8
Tweet 0
Pin it 2

3 Top Cannabis Stocks To Consider For Your October 2021 Watchlist

With the stock market ending last week on a high, cannabis stocks could be worth watching now. Notably, this would be thanks to a variety of factors in the current market. To begin with, most seasoned investors would know about the topic of federal legalization. Over the past year, the focus on this has and continues to grow. After all, this could potentially spell major growth opportunities in the U.S. cannabis market alongside the SAFE Banking Act. Without going into too many details, should these two come into play, cannabis stocks could stand to benefit.

Evidently, the Democrats appear intent on passing such policies. Late last month, Senate Majority Leader Chuck Schumer spoke on a cannabis-focused podcast, Psychoactive. In the interview, he highlighted plans to “pass comprehensive reform”. Namely, this would boil down to the full legalization of marijuana across the board. At the same time, some of the top names in the cannabis industry continue to gain momentum as well.

For instance, we could look at the likes of Tilray (NASDAQ: TLRY). As one of the biggest names in the cannabis market, investors would consider Tilray an industry benchmark. Just last week, the company posted its latest quarterly earnings report. In it, Tilray saw total revenue jump by 43% year-over-year, citing reopening retail cannabis stores in Canada as major contributors. Since its pandemic-era low, TLRY stock is now holding on to gains of over 180%. Elsewhere, more companies such as Constellation Brands (NYSE: STZ) already have some investments in the industry as well. Overall, it seems like investors and organizations alike are aware of the current potential among cannabis stocks. Could that make one of these firms top picks in the stock market today?

To begin with, we will be taking a look at GrowGeneration. For some context, it is the largest specialty retailer of hydroponic and organic gardening equipment in the U.S. To date, the company boasts a network of 62 stores located throughout U.S. states where cannabis is legal. With hydroponics being the main growing method of choice for industrial and home growers now, GRWG stock could be in focus. Even now, the company’s shares are looking at gains of over 650% since its pandemic-era low. This would be despite the recent weakness in the stock. The real question is would it be worth investing in now?

For one thing, GrowGeneration appears to be hard at work on the operational front. As of last week, it is now working with Groundwork BioAg, a global bio-agriculture firm. Through this distribution agreement, GrowGeneration can now offer consumers, DYNOMYCO, a mycorrhizal-based product used in marijuana cultivation. According to Groundwork BioAg, the product increases cannabis yield by up to 45% while boosting overall cannabinoid content. With DYNOMYCO being viable for use in industrial and individual growers, this would be a strategic play by GrowGeneration.

Aside from expanding its offerings, GrowGeneration also seems to be keen on growing its operations. Just last month, the company opened the largest hydroponics garden centers in Los Angeles County. By and large, GrowGeneration appears to be firing on all cylinders now. Could all of this make GRWG stock worth adding to your portfolio?

Following that, we have Amyris. For the most part, Amyris is a biotech firm that specializes in creating synthetic substances and renewable chemicals. Among its core end markets are the health & wellness and beauty industries. Sure, most would not immediately think of AMRS stock when considering the top cannabis stocks in the stock market now. However, the company is actively employing its tech platform to engineer synthetic cannabinoids. Seeing as cannabinoids are the key component in most cannabis products, this could be an interesting point of entry into the weed industry now.

All in all, investors appear to be keen on what AMRS stock has to offer. This is evident as the company’s shares have skyrocketed by over 290% in the past year. Even so, Amyris does not seem to be slowing down anytime soon. Last week, news broke of the company’s latest partnership with Inscripta, a gene-editing tech firm. In detail, Amyris now has access to Inscripta’s Onyx genome engineering platform. The duo are looking to conduct joint research, developing and expanding the overall functionalities of Onyx.

In closing, Amyris Senior VP Sunil Chandran had this to say, “The Onyx platform offers significant potential for generating greater genetic diversity in our projects, which we expect to lead to more efficient product innovation.” With the integration of the platform bringing new avenues of research to the table, AMRS stock could have more room to grow. Would you agree?

Another name to consider among cannabis stocks now would be Curaleaf Holdings. In brief, Curaleaf is a Massachusetts-based cannabis company. As such, it mainly produces, markets, and distributes cannabis products. For a sense of scale, Curaleaf currently operates via its vast network of dispensaries located across 23 U.S. states. Additionally, the company’s Curaleaf International division is among the largest vertically integrated cannabis companies in Europe. With a substantial presence in both international and domestic markets, CURLF stock could be worth keeping an eye on now.

Not to mention, Curaleaf also obtained two retail cannabis dispensaries serving adult-use clients. Safe to say, this is an aggressive yet notable move by the company. Time will tell if the Curaleaf can make the most of this massive boost in its cultivation space. In the meantime, would CURLF stock be a top watch for you? 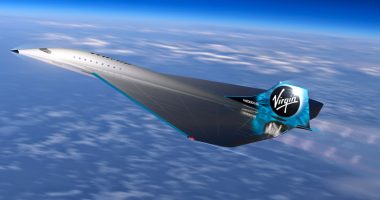 Virgin Galactic stock may have received a downgrade, but the stock has been trending in the market this week. 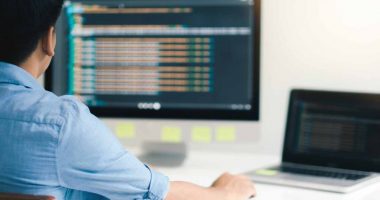 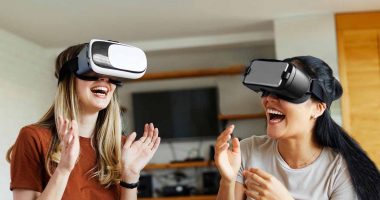 Here are three tech stocks to check out in the stock market this week. 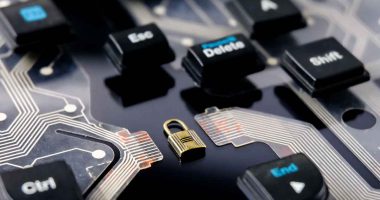 These cybersecurity stocks could be in focus amid increasing fears of cyber threats.