Could virtual reality stocks be the way to cash in on the metaverse trend?
Total
2
Shares
Share 0
Tweet 0
Pin it 2

Check Out These Virtual Reality Stocks In The Stock Market Today

If you have been following the stock market news, chances are you’ve heard of the latest buzzword, metaverse. While the metaverse isn’t a new concept, the broad and sweeping adoption for its future potential is. And the industry is getting a major boost ever since Facebook changed its name to Meta Platforms. And now, the company’s Oculus virtual reality app was the most popular app in Apple’s (NASDAQ: AAPL) App Store this holiday season. Sure, the App Store ranking isn’t perfect, but it certainly tells a thing or two on how to gauge a particular trend.

For this reason, many investors view virtual reality (VR) stocks as the best stocks to buy now to capitalize on this trend. According to Grand View Research, the global VR market reached a valuation of $15.81 billion last year. Furthermore, it could increase at an 18% compound annual growth rate (CAGR) from 2021 to 2028. Before we dive right in, it’s important to note that there are only a few pure-play virtual reality stocks. Many companies working on VR also work on augmented realities (AR), which involves overlaying digital elements on a real-world environment. With that in mind, let’s take a look at some of the top VR stocks in the stock market today.

Meta Platforms is one of the top social media companies in the world today. Essentially, it focuses on building products that enable people to connect through a variety of devices. The company has been investing heavily in VR and AR. From its latest quarter, management disclosed that it is allocating $10 billion in this category this year. And its investment appears to be paying off this holiday season. The popularity of the Meta Platforms app for the Oculus VR goggles suggests that the headset could have been the season’s most popular gift.

Earlier this month, Meta announced that it is making Horizon Worlds available for free to everyone 18 years of age or older in the U.S. and Canada. This is a social virtual reality (VR) experience where you can create and explore together. Its vision for Horizon Worlds is to develop a VR space with the best-in-class tools for creators to express their creativity.

With all that being said, it’s natural that investors will look for more information on the success of its VR business over the holiday in its upcoming quarter. Considering all these, would FB stock be a buy for you?

Most people would know Alphabet through its Google segment that includes Google Services and Google Cloud. But what some may not be aware of is that the company is also a leader in the AR/VR space. Recall that Alphabet first made its AR/VR debut via the 2013 release of Google Glass. Not only that, the company also released Google Cardboard in 2015 as a way for anyone with a smartphone to have easy access to VR.

Even though Google discontinued these hardware products, it continues to be a key player in the software side of AR/VR space. Thanks to its Android operating system, Google has a massive market share in the smartphone market.

And if the company can achieve a similar level of success with virtual reality, it could potentially be very lucrative. As this technology gets better, expect Google to remain a major player among VR stocks and AR leaders. Thus, do you have GOOGL stock on your watchlist in the stock market today?

Qualcomm is a tech company that creates semiconductors, software, and services related to wireless technology for the masses. Also, the company is a driving force behind the development, launch, and expansion of 5G and owns patents critical to 5G mobile communications standards.

The company’s Snapdragon platform is widely used across mobile devices and notably in Facebook’s Oculus Quest 2 as well. If anything, this is testament to Qualcomm’s capabilities in AR and VR chipset.

Last month, the company announced that it will be expanding its chipset business to meet the growing opportunity for its technology. Qualcomm says that it has an addressable opportunity to grow from approximately $100 billion today to $700 billion in the next decade as more devices become intelligently connected. Qualcomm’s CDMA Technologies (QCT) revenues could grow at mid-teens’ CAGR with a 30%+ operating margin by fiscal 2024. With that in mind, do you have QCOM stock on your watchlist?

Similar to Qualcomm, Nvidia is the leading graphics processing unit (GPU) designer for PC and game consoles. As you may or may not be aware, Qualcomm is also deeply involved in VR across its platforms.

For more advanced VR applications, its GeForce GTX GPUs are considered a must have component to power VR applications. With strong demand for its chips, Nvidia is well-positioned to benefit regardless of which company’s hardware its chips end up in.

Nvidia is also offering a scalable software problem called Omniverse. In particular, the company sees significant use cases in robotics, urban planning, and autonomous driving, to name a few. The metaverse should present a tremendous long-term growth opportunity for Nvidia. Therefore, would NVDA stock make your list of top virtual reality stocks to buy today?

Microsoft is a multinational technology corporation that produces a wide variety of computer software and consumer electronics. Many would be familiar with its Microsoft Windows line of operating systems and also hardware products like the Xbox video game consoles. While others are focusing on the consumer space, Microsoft has taken its VR capabilities directly to its enterprise customers.

The company’s HoloLens 2 is a head-mounted mixed reality device that enables a completely new way of interacting with information. With it, people are able to connect with remote colleagues in real-time while working together on a holographic canvas overlaid in their physical environment to quickly resolve issues on the spot.

Earlier this month, reports said Microsoft and Samsung have been working on an AR project since the summer of 2021. Should the project go on track, we could be looking at a commercial offering in 2024. All things considered, is MSFT stock a top virtual reality stock to buy right now? 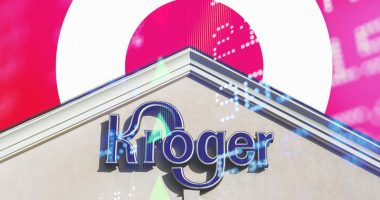 Despite a monstrous rally from the Chinese EV automaker, analysts believe that this is just the beginning of a bigger rally. Amid market volatility, do you have these restaurant stocks in your tray? 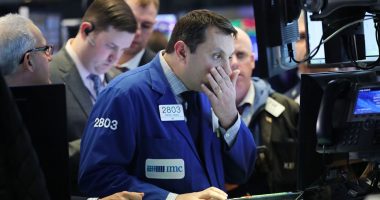