Best Oil Stocks To Buy Today? 4 For Your Watchlist

Oil stocks could be among the best picks in the stock market today.
Total
7
Shares
Share 7
Tweet 0
Pin it 0

Are These The Best Oil Stocks To Buy Right Now?

Russia’s invasion of Ukraine last month undoubtedly sent shock waves across global markets. With WTI and Brent crude up by 6.93% and 7.26% during today’s trading, there is a lot for investors to consider today. In fact, oil prices touched $130 yesterday as the EU and U.S. allies consider a ban on Russian oil. Should such a sanction come into effect, it could weigh on global supply in an already tight market. For this reason, analysts at Bank of America (NYSE: BAC) predicted that such a ban could push oil prices to $200 per barrel. And because of all these, some are putting up a list of the best oil stocks to buy in the stock market today.

For instance, Marathon Oil (NYSE: MRO) has almost doubled in value over the past year and is showing no signs of slowing down. Meanwhile, Marathon Petroleum (NYSE: MPC) has risen more than 18% since the start of the year. The company recently entered into a definitive agreement to form a joint venture with Finnish refiner Neste to drive its renewable fuels project. All in all, there is a plethora of exciting developments that justifies the hype around the oil and gas industry right now. The question is, do you think this is sustainable long term? Should you share the same view, here is a list of top oil stocks to watch in the stock market today.

Occidental is an energy company that has been making the headlines lately. Put simply, the company conducts oil and gas exploration and production activities in different areas around the globe. This includes the U.S., the Middle East, and Africa. The company’s business segments include Oil and Gas, Chemical, and Midstream and Marketing. To say the least, OXY stock has had a spectacular start to the year, rising more than 80% since the start of the year. In addition, there was a new SEC filing last week that revealed that Berkshire Hathaway increased its stake in Occidental. So, either Warren Buffett himself or his portfolio managers are extremely bullish on Occidental’s stock.

After all, Occidental did just come off a strong fourth-quarter and full-year 2021 earnings report. Its total revenues for the year skyrocketed to $26.3 billion, representing an increase of 61.3% year-over-year. In addition, its earnings per share were $1.37 per diluted share. Investors should also note that Occidental recently announced its dividend to $0.13 per share along with a $3 billion share repurchase authorization. Overall, there are plenty of positives that are potentially driving the company stock up. With that said, would OXY stock make your list of best oil stocks to buy right now?

Another top oil company to note right now is ExxonMobil. For those unaware, it is one of the world’s largest publicly traded energy providers and chemical manufacturers. The company develops and applies next-generation technologies to help safely meet the world’s growing demand for energy. Its fuels, lubricants, and chemicals are marketed around the world under four brands, Esso, Exxon, Mobil, and ExxonMobil. As an industry leader in almost every aspect of energy and chemical manufacturing businesses, it should not be surprising that investors are paying close attention to XOM stock right now.

Furthermore, the company also announced that it is planning a hydrogen production plant and one of the world’s largest carbon capture and storage projects at Baytown, Texas. It is a known fact that hydrogen has the potential to reduce carbon dioxide emissions in various actors of the economy. Thus, this new development is to support the company’s efforts to reduce emissions from its operations and local industries. Also, it would accelerate the company’s ambition to achieve net-zero greenhouse gas emissions from its assets by 2050. Considering these factors, would you consider XOM stock a top oil stock to buy right now?

Following that, we will be looking at the independent exploration and production company, ConocoPhillips. Essentially, this is a company that explores, produces, markets crude oil, bitumen, natural gas, liquefied natural gas, and natural gas liquids.

With operations in 14 countries around the world, while boasting $87 billion of total assets, ConocoPhillips is a force to be reckoned with in the oil and gas industry. Similar to most oil and gas companies now, COP stock has been on a strong bullish trend. An investor who jumped in a year ago would have seen gains of over 70% by now.

In fact, investors would be pleased to note that ConocoPhillips is not one that easily rests on its laurels. In February, the company announced the completion of the purchase of an additional 10% shareholding interest in Australia Pacific LNG (APLNG) from Origin Energy for $1.65 billion. Therefore, it now owns a 47.5% interest in APLNG. This is a huge boost for the company as APLNG has served as a reliable and efficient supplier of natural gas to the growing Asia Pacific, and Australia’s East Coast. With that in mind, should COP stock have a spot in your portfolio?

Last but not least, we have Chevron to sum up the list. In detail, the company operates through two business segments, Upstream and Downstream. On one hand, the Upstream segment primarily consists of exploring for, developing, and producing crude oil and natural gas. On another hand, the Downstream segment consists primarily of refining crude oil into petroleum products and marketing them. At its annual investor meeting recently, Chevron revealed its progress to deliver higher returns and advance a lower carbon future. The company aims to reduce 2026 operating expenses per barrel by more than 10% from 2021 levels. Also, it is maintaining its guidance for annual organic capital and exploratory expenditures of $15 billion to $17 billion.

Besides that, Chevron also announced a definitive agreement to acquire the outstanding shares of Renewable Energy Group (NASDAQ: REGI). The transaction is valued at $3.15 billion. This acquisition would combine REG’s growing renewable fuels production with Chevron’s large manufacturing, distribution, and commercial marketing position. As a result, it would accelerate Chevron’s goals to grow renewable fuels production capacity to 100,000 barrels per day by 2030. Overall, this is likely a step in the right direction for the company long-term. So, would CVX stock be a buy for you today? 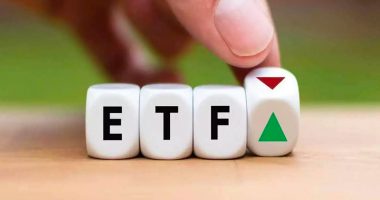 An ETF is a listed fund with a bundle of securities, often tracking an underlying index. 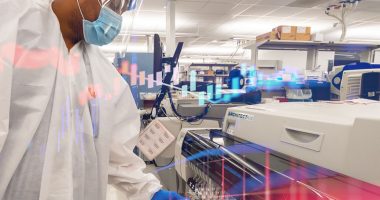 Analysts love these small-cap biotech stocks, do you? 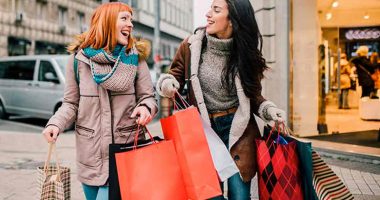 Could these retail stocks be a steal with the current uptrend in consumer spending?