While there may be a chip shortage now, could an eventual semiconductor boom be worth betting on now?
Total
1
Shares
Share 1
Tweet 0
Pin it 0

Should Investors Be Watching These Top Semiconductor Stocks In May 2021?

Semiconductor stocks are an interesting play in the stock market today, to say the least. Why? For the most part, it is because of how crucial semiconductor chips are in our world today. Safe to say, semiconductors are the brains behind most of the tech around us right now. From our smart devices and home appliances, and even the cars we drive, semiconductors are present. Now, seasoned and new investors alike would likely be familiar with the current chip shortages throughout the globe. Without going into too much detail, this shortage stems from surges in chip demand across various consumer-focused industries. Nonetheless, while the shortage persists, demands remain at an all-time high. Could this be a buying opportunity for investors now?

Well, Citigroup (NYSE: C) analyst Christopher Danely appears to believe so. Earlier this week, Danely argued that there could be “more upside” in semiconductor stocks for now. Moreover, the analyst also reiterated his buy rating on semiconductor manufacturer Texas Instruments (NASDAQ: TXN). Positive analyst notes aside, some of the largest names in the industry continue to make massive plays as well. As of last month, the Taiwan Semiconductor Manufacturing Company (NYSE: TSM) revealed plans to significantly boost its manufacturing capabilities. This plan would involve investments of $100 billion over three years. Evidently, the semiconductor industry is not resting on its laurels. Overall, I can understand if investors are eager to jump on the top semiconductor stocks on the stock market now. In light of that, here are four names worth taking note of.

QuickLogic is the leading provider of open configurable computing solutions based on 100% open-source software and hardware. In essence, it is a fabless semiconductor company that develops low power, multi-core MCU, FPGAs, and embedded FPGA intellectual property (IP), voice, and sensor processing. QUIK stock currently trades at $6.22 as of Friday’s closing bell.

In February, the company reported its fourth-quarter financials. QuickLogic reports that it has accelerated progress in transforming its business from primarily a product company to a platform company. It also passed the Amazon (NASDAQ: AMZN) AVS Certification for hearable reference design so that OEMs can evaluable smart hearable products quickly and easily.

Total revenue for the quarter was $2.5 million, a 40% increase compared to the last quarter. A chunk of this revenue came from its mature product revenue, at $1.7 million, which is up by 46% compared to its previous quarter. Given all of this, will you consider adding QUIK stock to your watchlist?

In particular, he placed an outperform rating and an $800 price forecast on the company’s stock. That would represent a 38% increase from the stock’s current price. According to Gerra, Nvidia’s leadership in AI positions the tech titan for continued success. AI computing is set to be one of the most transformational technologies of our era after all according to him.

Lastly, he also praised Nvidia’s competitive edge that has barriers to entry that are among the highest within the semiconductor industry. This could insulate Nvidia’s sales and profits from the competition. For these reasons, will you consider watching NVDA stock?

AMD is a multinational semiconductor company that is based in Santa Clara, California. It develops computer processors and related technologies for both the business and consumer markets. For more than 50 years, the company has driven innovation in high-performance computing, graphics, and visualization technologies. AMD stock currently trades at $78.81 as of Friday’s close. Last week, the company reported its first-quarter financials for 2021.

Given these impressive financials, the company continues to accelerate its business with the best product portfolio in its history. It also continues to enjoy strong execution and robust market demand for its products. Notably, its data center revenue more than doubled and it has increased its full-year guidance. Given all of this, will you consider adding AMD stock to your portfolio?

Another top semiconductor company to know now would be ON Semiconductor (ON). Primarily, the company supplies semiconductors that serve as power, analog, sensor, and connectivity solutions. Its core end markets include the automotive, industrial, cloud, and Internet of Things sectors.

Notably, ON can do all of this through its global network of manufacturing facilities and engineering centers. For investors, ON stock would be among the more affordable bets in the current pool of semiconductor stocks. As it stands, the company’s shares are looking at gains of over 130% in the past year. However, seeing as it has taken a breather from its all-time high seen last month, would it be wise to buy on the dip here?

Well, in its recent quarter fiscal posted earlier this week, ON reported stellar figures. To begin with, the company saw massive year-over-year surges of 742% in net income and 766% in earnings per share. Furthermore, ON also ended the quarter with over $1 billion in cash on hand. CEO Hassane El-Khoury cited good execution from his team and strong demand from ON’s key end-markets as key factors of this performance. Given ON’s role in the current electric vehicle market, would you consider adding ON stock to your May watchlist? 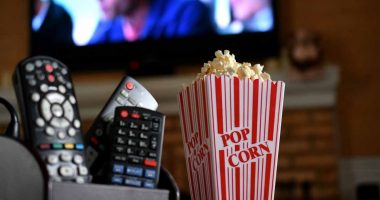 Even as the economy reopens, these entertainment stocks are as relevant as ever. 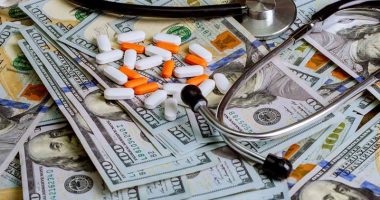 Some of the most promising opportunities are found among pharmaceutical stocks. 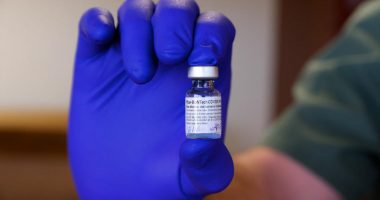 Could these biotech stocks provide a booster for your portfolio amidst FDA’s approval for Pfizer’s vaccine. 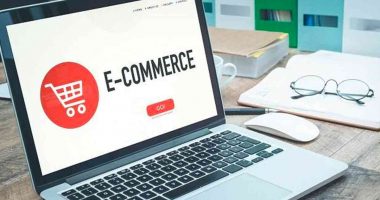 Could these e-commerce giants be a steal at their current price tags?