Could these software companies continue to pick up momentum along with rising digital acceleration trends?
Total
0
Shares
Share 0
Tweet 0
Pin it 0

Are These The Best Software Stocks For Your February Watchlist?

It comes as no surprise that the biggest movement in information technology (IT) right now is digital acceleration. At the heart of this massive phenomenon, are software stocks. Indeed, we are now living in an age where interconnected digital technologies use data to provide companies with actionable insights. As a result, some of the top software stocks have exploded onto the scene in recent months, rewarding investors heavily.

A prime example of this would be Software-as-a-Service (SaaS) titan Palantir (NYSE: PLTR). Notably, PLTR stock has skyrocketed by over 250% since its initial public offering in September. The company has a client list that not many can boast with U.S. and U.K. government customers. If anything, this goes to show the massive market for software services in the current age. In the same way, the cloud computing arm of the industry has also grown at breakneck speeds.

Take Teradata (NYSE: TDC) for instance, the company’s cloud-analytical services have been in demand as of late. To the extent where its cloud offerings saw a 165% year-over-year leap. On top of that, TDC stock has doubled in price year-to-date. After reading all this I would not be surprised if you are keen to find the best software stocks to watch. Well, here are four that are on the radar now.

First up is e-commerce goliath Shopify. The company’s SaaS and Platform-as-a-Service (PaaS) business has and continues to benefit from pandemic tailwinds. Accordingly, Shopify is now the go-to option for businesses across the globe looking to set up digital storefronts. For this reason, SHOP stock has almost tripled in value over the past year. In fact, Shopify reported that its merchants worldwide raked in a collective $5.1 billion over the Black Friday/Cyber Monday weekend. Truly, this speaks to the sheer scale at which it operates. With the company slated to release its fourth-quarter fiscal before the market opens on February 17, investors would be watching it closely.

Regardless, Shopify continues to make waves as it teams up with Facebook (NASDAQ: FB). Earlier this week, the company announced that it would be expanding its payment option, Shop Pay, into Facebook’s marketplaces. To elaborate, this move will cover its merchants that are selling items across the Facebook and Instagram platforms. This represents a major step as it is the first time Shop Pay is being made available outside Shopify’s e-commerce ecosystem.

No doubt, it is a significant play by the company because of the hordes of consumers on Facebook’s digital marketplaces. Bringing the convenience of Shop Pay to more consumers will likely bode well for the company in the long run. Given all of this, will you be watching SHOP stock ahead of next week?

Another top software company in focus now would be Twilio. The company’s PaaS business works to provide comprehensive cloud communication services to businesses of all sizes. More importantly, TWLO stock jumped by 6.6% on Wednesday. It hit a new all-time high but dipped slightly falling 0.3% by the closing bell. To point out, this bump does coincide with a recent upgrade from Wall Street earlier on the same day.

Specifically, Wells Fargo (NYSE: WFC) analyst Michael Turrin raised his price target on TWLO stock from $375 to $450. If that wasn’t enough, he also reiterated his overweight rating on the share. Turrin cites several key tailwinds to support his bull thesis on the company. According to Turrin, a combination of rising work-from-home trends, a busy holiday shopping season, and the 2020 elections would likely boost Twilio’s usage and engagement overall.

Moreover, the company also completed its acquisition of customer data platform Segment back in November. This would likely contribute to a fruitful quarter as well. All in all, I can see why investors would be keen to watch TWLO stock ahead of its earnings call on February 17. How about you?

Synopsys is a software company that focuses on electronic design automation. The company offers a plethora of application security testing tools and services. Synopsys caters to developers in the massive semiconductor and software industries with its broad portfolio. To this end, the company appears to be in a good position to provide its services to booming industries. Consequently, we can see that SNPS stock is looking at admirable gains of over 150% since the March lows. Given that Synopsys is set to release its fourth-quarter financials this coming Wednesday, investors might be keeping an eye on SNPS stock.

Well, just last week, the company announced a new collaboration with tech juggernaut Microsoft (NASDAQ: MSFT) and the U.S. government. In summary, the trio will be working together via Rapid Assured Microelectronics Prototypes (RAMP) programs. The purpose of RAMP is to support the development of integrated circuit hardware based on Synopsys’ designs. For Microsoft’s RAMP program, Synopsys’ work will be incorporated into Microsoft’s cloud platform, Microsoft Azure.

That’s not all, it will also be working with the U.S. Department of Defense (DoD) on its own RAMP program simultaneously. According to Synopsys, “The combination of these two programs will enable measurable confidentiality and integrity of commercial and DoD designs developed in a high integrity cloud environment.” In short, Synopsys is making big plays right now, could it be a good time to watch SNPS stock? You tell me.

Last but not least, we will be looking at Splunk. The California-based company produces big-data analytics software. With most companies operating in the digital space now, massive amounts of business-related data are being generated daily. In the midst of all this, organizations must be able to understand and make the most of said data. Essentially, this is where Splunk can help. Through its proprietary Data-to-Everything platform, the company can translate data into optimal courses of action for its clients. With the company’s shares mostly trading sideways year-to-date, has SPLK stock hit a plateau? It may be too soon to say.

Earlier this week, the company announced a multi-year extension on its existing partnership with McLaren Racing. In turn, Splunk will continue to operate as an official McLaren Technology partner. Over the past year, the company has been working with McLaren to enhance racing performance via data analytics.

McLaren CEO Zak Brown summarized, “We are delighted to announce this partnership extension with Splunk, which allows us to continue to deploy their expertise and Data-to-Everything Platform, providing our team with valuable insights to further strengthen our operations and performance.” With such a notable client backing it up, could SPLK stock be looking at another solid year ahead? I’ll let you decide. 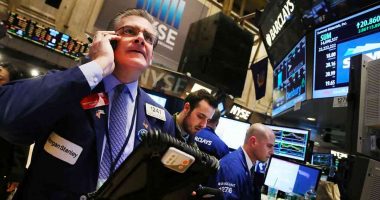 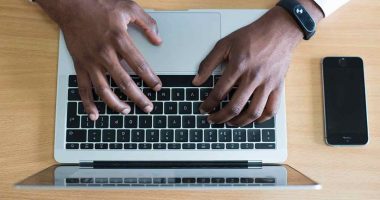 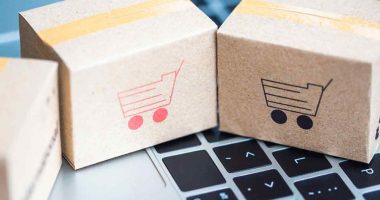 With digital trends on the rise, this would serve to benefit e-commerce stocks. 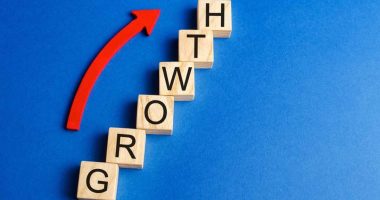 Do these growth stocks have more room to run before the end of the year?