Are any of these FAANG stocks on your watchlist right now?
Total
5
Shares
Share 3
Tweet 0
Pin it 2

Should You Add These FAANG Stocks To Your 2022 Watchlist?

With the broader stock market continuing to rebound, tech stocks appear to be back in focus. In particular, the biggest names in the sector continue to shine, and these are the FAANG stocks. It’s hard to not to mention one or more FAANG stocks on Wall Street. The tech giants make up a sizable portion of the S&P 500. For the uninitiated, this group of stocks consists of Meta Platforms (formerly known as Facebook), Amazon (NASDAQ: AMZN), Apple (NASDAQ: AAPL), Netflix, and Google’s parent company Alphabet.

Microsoft (NASDAQ: MSFT) may not be part of the acronym, but it is often mentioned in the same breath as the FAANG constituents. And with all the focus on Omicron and the big swings in the market, you may have missed the significant announcement from Microsoft. On Tuesday, the European Commission gave its green light for the acquisition of Nuance Communications (NASDAQ: NUAN). In the same week, Microsoft announced that it will be acquiring digital ad tech firm Xandr from AT&T (NYSE: T) to create better programmatic and AI-driven advertising capabilities. While many investors are happy with Microsoft’s enterprise software franchise and cloud computing segments, the company’s tenacity to pursue other growth opportunities is truly admirable.

If anything, this shows that Big Tech companies continue to make aggressive plays to further expand their long-term growth potential. Given all this, should investors take a look at these FAANG stocks in the stock market today?

Meta Platforms is one of the top social media companies in the world today. Essentially, it focuses on building products that enable people to connect through a variety of devices. The company’s apps include the likes of Facebook, Instagram, Messenger, and WhatsApp. Well, these are social media applications that are widely used around the world by billions of people. As some of you may know, the company is shifting its focus toward the metaverse. While many think that the industry is pure speculative, Goldman Sachs (NYSE: GS) thinks the metaverse hype is for real. And it sees Meta Platforms as one of the beneficiaries of this megatrend.

Earlier this month, Meta announced that it is making Horizon Worlds available for free to everyone 18 years of age or older in the U.S. and Canada. This is a social virtual reality (VR) experience where you can create and explore together. Its vision for Horizon Worlds is to develop a VR space with the best-in-class tools for creators to express their creativity. Also in October, the company said it will spend about $10 billion this year developing technologies to build the metaverse.

Besides that, the company’s most recent financial report has also been as impressive as you would expect. It reported a revenue of $29 billion, representing an increase of 35% year-over-year. Another important metric that continues to grow would be its daily active users, increasing by 6% to 1.93 billion on average for September 2021. This is by no means a small feat as it continues to gain popularity despite its stature in the social media space. Given all these, would FB stock be a buy for you?

Streaming giant Netflix is a company that is benefiting from a worldwide shift in consumer preference toward streaming content. The company boasts an impressive 214 million subscribers at the end of its latest fiscal quarter. While Netflix is famous globally, there are certain markets which the company wishes to do better. For instance, the company is lagging behind its competitors in terms of market share in India due to its premium pricing. And that could change soon as Netflix has reduced the price of subscriptions in India by 18% to 60% recently.

Following these drastic discounts, Netflix is now in a better position to capitalize the fast growing market in India. Moreover, Netflix is in acquisition mode this year. In November, it announced that it is acquiring Scanline VFX, a company that specializes in virtual production. It has worked with Scanline before on productions such as Strangers Things and Cowboy Bebop. In addition to that, the company also reportedly spent over $700 million to purchase the Roald Dahl Story Company. The latter holds the rights to author Roald Dahl’s characters and stories, which gives Netflix ample material for series and movies.

During the third quarter, Netflix’s revenue came in 16.3% higher year-over-year to $7.48 billion. Net income for the quarter was $1.44 billion or a diluted earnings per share of $3.19. The company also saw a global streaming paid membership growth of 9.4% year-over-year for the quarter. Keeping in mind Netflix’s track record of creating hit content, would NFLX stock be worth buying today?

Alphabet probably gets the least attention among FAANG stocks on this list, but you can’t deny that it is one of the safest bets in the market. Its wide and stable moat, together with the strength of its balance sheet, are enough to convince investors to stay in their seats. For the uninitiated, Alphabet’s main business is online advertising. Apart from its Google Search and other properties that make up the bulk of its ad revenues, its YouTube video sharing platform is increasingly grabbing ad dollars away from traditional linear television. Impressively, GOOGL stock has risen more than 60% over the past year.

Last Friday, the Biden administration recommended Google and Meta Platforms get permission to use an undersea cable system to handle growing internet traffic with Asia. It urged the Federal Communications Commission (FCC) to grant licenses for the companies to send and receive data on the Pacific Light Cable Network. This cable system connects the U.S., Taiwan, Philippines, and Hong Kong. This would be a significant development as undersea cables transmit nearly all the world’s internet data traffic.

Besides that, Google Cloud and IT company Minsait also recently announced an expanded strategic alliance. Together, the companies will offer Spanish public and private sector organizations sovereign cloud solutions. These solutions will allow the acceleration of digital transformation while maintaining the highest levels of trust, security, and privacy. Google Cloud will offer the elasticity and agility of a public and hybrid cloud based on open source technology. With all these in mind, would you include GOOGL stock on your watchlist in 2022? 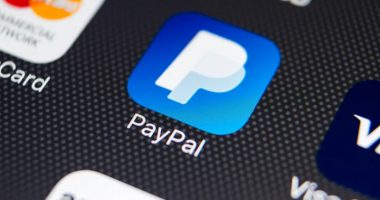 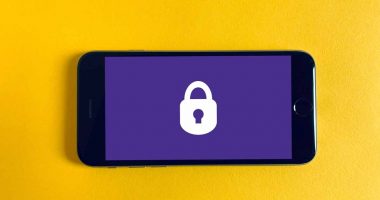 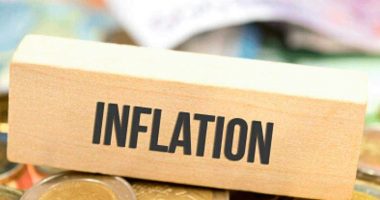 Should investors be plugging these semiconductor stocks into their portfolios now?