Best Stocks To Buy Other Than Meme Stocks? 5 Advertising Stocks To Watch

These Advertising Stocks Could Be Better Investments Than AMC Stock & Dogecoin

Investing in meme stocks has been the go-to strategy for many market participants today. Perhaps, you could still make money by loading up on some of the popular meme stocks in the stock market today. But deep inside, we all know the rallies we’ve seen won’t last forever. The possibility of those gains evaporating into thin air is not trivial. Therefore, if you insist on buying them, you should have an exit strategy especially if their fundamentals are lackluster. For this reason, investors could be better off looking at these advertising stocks that are trending in the stock market lately.

For sure, it’s tempting to chase those high-flying stocks and cryptocurrencies. While it’s enticing to see the prices of meme stocks skyrocketing, these volatile assets shouldn’t be any investor’s core holding. Now, if we practice discipline and sift out those noises, some of the big gains could be found in some of the top advertising stocks in the stock market. As digital advertising spending continues to rise, here is a list of top advertising stocks for massive growth opportunities in the stock market right now.

PubMatic is a digital advertising software firm that had its IPO in December 2020. If you are looking for stocks with the highest short interests, PUBM stock is one interesting name to have on your watchlist. Unlike some hype-driven stocks, PubMatic actually has tangible catalysts that could potentially help investors make some real money. And considering PUBM stock has shed more than half of its value since the beginning of March, the stock seems to be trading at a much more reasonable valuation today.

During PubMatic’s first fiscal quarter, its revenue came in 54% higher year-over-year to $43.6 million. The company also saw its existing publishers spend 30% more in the first quarter than they did in the prior-year quarter. Also, its mobile and omnichannel video sales jumped 83% year-over-year and accounted for 63% of sales. If anything, the company appears to find itself at the core of the fastest-growing trends in the advertising space. For this reason, an investment in PUBM stock shouldn’t hurt if you consider its potential as a meme stock and strong growth prospects.

SEMrush Holdings is a company that creates tools for digital marketing. The company started in 2008 as a single-point solution for search engine marketing. It has since expanded into a wide array of marketing services. SEMrush may have gotten off to a rough start with its IPO in late March, but it has recouped all of its losses. It’s true that it wasn’t particularly a great time to go public when many investors were shying away from hypergrowth names. But it is also this lack of enthusiasm on SEMR stock that could be a potential opportunity for investors to buy at a great value.

From its first-quarter results, the company’s revenue came in 44% higher year-over-year to $40 million, while net income was $1.5 million. This is a huge improvement considering the company recorded a loss of $1.9 million in the prior-year period. Just as impressive, the company recorded dollar-based net revenue retention of 116%. More importantly, the company kept adding services that its core clients wanted. If anything, it is apparent that the company went from being a point solution to a full-fledged platform. Considering its low valuation and strong growth momentum of the company, could SEMR stock be a potential multi-bagger in the making?

Magnite is the world’s largest independent omnichannel sell-side advertising platform. It was formed by the merger of the Rubicon Project and Telaria last April. Companies may turn to Alphabet’s Google (NASDAQ: GOOGL) for advertising, but Magnite is a popular choice for publishers that want to sell their ads beyond Google’s ecosystem. From its first-quarter earnings, revenue came in 67% higher year-over-year to $60.7 million. Analysts expect its revenue to rise 79% this year as it integrates SpotX.

From its recent acquisition of SpotX for $1.17 billion from RTL Group, Magnite is turning into a capital ad tech firm that has a hold on every major cable network and streaming channel. The merger also strengthens the company by creating a cost-saving synergy of $35 million annually. That in turn fortifies Magnite’s position in the ad-based streaming vertical. The company is definitely pulling the right strings behind the scenes. With all that being said, will the recent pullback in MGNI stock be a good opportunity for you to scoop up the stock at a discount?

The company’s shares have been on the rise lately after their 10-for-1 stock split. Of course, stock splits in general don’t change the underlying fundamentals of the company. According to co-founder and CEO Jeff Green, the stock split is to make TTD stock more accessible to employees and investors. Despite its strong performance over the years, Trade Desk is not resting on its laurels. Earlier in June, the company announced the launch of its operations in India to tap on the fast-growing opportunities there. With all these in mind, will you consider adding TTD stock to your portfolio?

One of the most prominent names in the advertising industry now would be Roku. For the uninitiated, the company facilitates content from most mainstream video streaming services. Subsequently, Roku receives a cut of subscription fees paid through its platform while also gaining ad revenue from its free content. All this would strategically position Roku to grow regardless of which streaming company comes out on top. It is no secret that ROKU stock has been performing relatively well over the past year. It is seeing gains of over 180% in this period.

From its first-quarter report, revenues rose 79% from the year-ago quarter to $574.2 million. Furthermore, usage was strong, as Roku added 2.4 million accounts in the quarter. That increased the number of accounts on the platform by 35% year-over-year. Considering the company’s strong financial profile, is ROKU stock a top advertising stock to buy now at its current valuation? 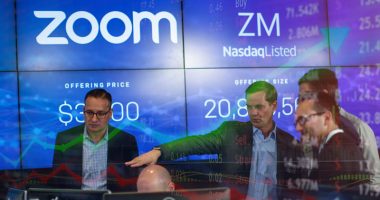 Should Investors Buy Or Sell Zoom Stock Before The Earnings Release? Tech… 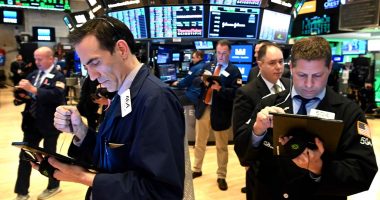 Netflix and IBM are set to report their latest financials today. 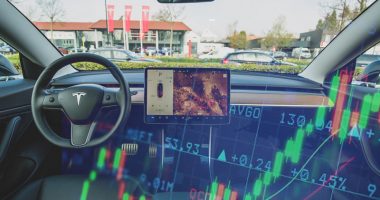 These top electric vehicle stocks are in focus this week. 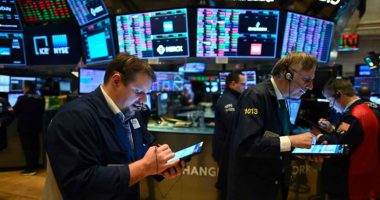 Investors appear optimistic regarding the market’s prospects despite the Omicron variant being in play.