Best Stocks To Buy In November 2021? 5 Tech Stocks To Watch

The current strength in tech stocks could see these major players in the limelight today.
Total
2
Shares
Share 2
Tweet 0
Pin it 0

Despite the Federal Reserve’s latest monetary policy update, tech stocks continue to gain in the stock market today. This is evident as the tech-heavy Nasdaq composite heads towards newer heights as of today’s opening bell. If anything, the current focus on tech stocks makes sense in the larger scheme of things. For the most part, the pandemic supercharged the world’s reliance on tech. From the current immense demand for enterprise software services, fintechs, and even streaming tech, this is apparent. So much so that tech firms are also among the names turning heads during the current earnings season.

For instance, we could take a look at Fastly (NYSE: FSLY) now. All in all, the cloud computing firm reported solid figures in its latest fiscal quarter reports yesterday. Fastly raked in a total revenue of $87 million and posted a loss per share of 11 cents. When you compare this to analyst estimates of $83.7 million and a loss of 19 cents, Fastly appears to be gaining momentum.

At the same time, Chinese tech names like Tencent  (OTCMKTS: TCEHY) are not slowing down as well. Earlier today, the company launched three new semiconductor chips today. These chips serve to conduct artificial intelligence (AI), video transcoding, and cloud computing-based operations respectively. Overall, there seems to be no shortage of excitement in the tech world today. On that note, check out these top tech stocks making plays in the stock market now.

Best Tech Stocks To Buy [Or Sell] In November 2021

Roku is a streaming company that essentially pioneered the industry. It enables content publishers to build and monetize large audiences. Also, it provides advertisers with unique tools and capabilities to engage consumers by licensing both hardware and software to other companies. On Wednesday, the company reported its third-quarter financials.

Diving in, the company reported a total net revenue of $680 million, growing by 51% year-over-year. Also, its platform revenue increased to $583 million by 82% compared to a year earlier. This reflects significant contributions from both content distribution and advertising activities.

The company says that, despite some macro challenges that impacted its advertising partners, its Average Revenue Per User (ARPU) grew to $40.10, up by 49% year-over-year. Roku’s active accounts reached 56.4 million, a net increase of 1.3 million active accounts from the previous quarter. Considering all this, should investors add ROKU stock to their portfolios right now?

Next on our list of tech stocks, we have Penn National Gaming, a tech company that operates various gaming and racing properties It also owns Barstool Sports, a leading digital sport, entertainment, and media company. In total, the company has approximately 50,000 gaming machines, 1,300 table games, and close to 8,800 hotel rooms across the country. On Thursday, the company also reported its third-quarter financials.

Firstly, revenue came in 30% higher year over year to $1.5 billion. It also reported a net income of $86.1 million for the quarter. The company also doubled its Barstool Sportsbook footprint by launching the mobile app in five states this quarter. In addition to that, it also opened Hollywood Casino York with strong initial results. Furthermore, it has also begun to roll out its market-leading cashless, cardless, and contactless (3Cs) technology across its portfolio. Given this piece of news, should you be on the lookout for PENN stock?

Workiva is a tech company that simplifies complex work for thousands of organizations worldwide. In essence, it is a global software-as-a-service company that provides a cloud-based connected and reporting compliance platform. It allows its users to transform the way they manage and report business data.

The company reported its third-quarter financials on November 3, 2021. To begin with, the company announced that its subscription and support revenue increased by 30.4% year-over-year at $98.9 million. Professional services increased by 12.5% at $13.8 million. In light of this, the company has raised its full-year guidance and expects a total revenue to range from $439 million to $440 million. With the company’s strong fundamentals, will you consider investing in WK stock in the stock market today?

Another major name to know in the tech space now would be Microsoft. Through its industry leading portfolio of tech offerings, the company serves consumers and organizations across the globe. Whether it is through its Office productivity software or Azure cloud computing services, Microsoft brings a lot to the table. Safe to say, few can boast a tech portfolio as impressive as the company.

Despite its current momentum, the company continues to adapt its operations to the latest trends in tech. Namely, Microsoft is reportedly looking to launch its answer to Meta’s (NASDAQ: FB) metaverse. Now, Microsoft’s plans in this space are not entirely new. In fact, the company aims to provide a more work-focused version of the metaverse. As part of this initiative, Microsoft Teams will start featuring AI-enabled avatars and immersive workspaces. Furthermore, Microsoft Dynamics 365, its enterprise resource planning app, will facilitate the recreation of virtual workspaces. As Microsoft seems to be betting on the metaverse, could MSFT stock be worth investing in for you?

Last but not least, we have the International Business Machines Corporation, or IBM for short. With a major presence in over 171 countries globally, IBM is undoubtedly a titan in the tech world today. Now, what does IBM do exactly might you ask? Well, the company is active in a wide array of tech-related fields, so a bit of everything to be honest. By and large, it has divisions that focus on cloud computing, enterprise software, and even quantum computing, to name a few.

Even with all of this, IBM continues to find ways to refine its massive operations. Earlier today, the company officially spun off its infrastructure services arm, Kyndryl (NYSE: KD). Right off the bat, the new company currently boasts a quarterly revenue of about $19 billion. Seeing as Kyndryl is among the company’s lower margin and less flexible departments, the move makes sense. Now, IBM can focus on its more prominent growth areas while the Kyndryl team can focus entirely on identifying specific industry trends. All things considered, is IBM stock worth watching right now? 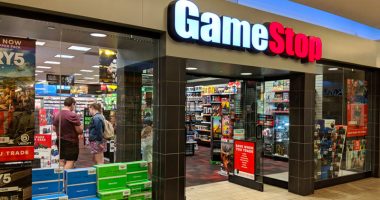 So what’s up with the retail sector recently? Some have made insanely huge gains in the last month. 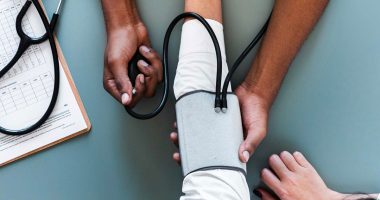 Could these trending health care stocks bring you big gains this week? 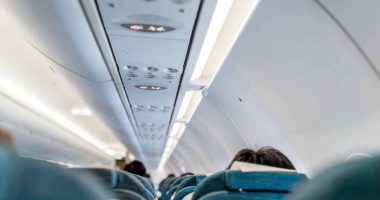 These airline stocks are back in focus amid the lifting of mask mandates. 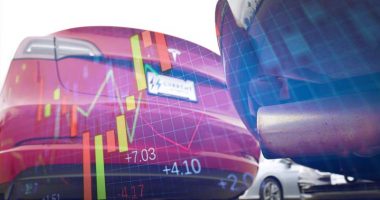