Would these entertainment names make for a solid play in the stock market now?
Total
6
Shares
Share 1
Tweet 0
Pin it 5

Do You Have These Top Entertainment Stocks On Your Watchlist Now?

The entertainment industry has been and still is a vital market in our world now. By extension, this would make entertainment stocks more desirable in the stock market right now as well. For the most part, this is because consumers rely heavily on means of entertainment when faced with life’s problems. With the current global pandemic, there would be plenty of reasons for people to turn towards the industry. Because of this, it would then make sense that investors would be eyeing the top entertainment stocks now.

Now, the entertainment space is home to a massive array of sub-industries. For investors looking to bet on pandemic winners, video streaming and online betting companies are viable plays. In that sense, you would likely turn towards the likes of Netflix (NASDAQ: NFLX) or MGM Resorts (NYSE: MGM). Alternatively, some could also be keen to invest in live entertainment companies as the economy reopens. This would see companies such as Carnival (NYSE: CCL) and TripAdvisor (NASDAQ: TRIP) be in the spotlight. In fact, there are even companies that can benefit from both trends such as Disney (NYSE: DIS). Regardless, demand for entertainment-related services will likely persist in both good and bad times. In theory, this could mean long-term growth for the entertainment stocks as well.

While the options may be plentiful, not all entertainment stocks are made equal. As we often say here at StockMarket.com, proper market research and due diligence are an investor’s best tools. Accordingly, it would be crucial to study the latest movers in the market and their standing amongst peers. With that said, here are three entertainment stocks making headlines in the stock market today.

DraftKings is a digital sports entertainment and gaming company. Its vertically integrated sports betting operations provide the masses with daily fantasy, regulated gaming, and digital media. The company has been on the rise in the last year as millions of people have turned to the company and its online betting services. In essence, the company is a multi-channel provider of sports betting and gaming technologies, powering sports, and gaming entertainment. DKNG stock currently trades at $50.86 as of 1:32 p.m. ET.

Last month, the company reported stellar first-quarter financials. Firstly, it announced revenue of $312 million, an increase of 253% year-over-year. Monthly unique payers for its Business-to-Customer segment increased by 114% compared to a year ago. DraftKings says that on average, 1.5 million monthly unique paying customers engaged with DraftKings each month during the first quarter. The company is off to an outstanding start in 2021 and has even raised its fiscal year 2021 revenue guidance to a range of $1.05 billion to $1.15 billion. This would equate to year-over-year growth of 63% to 79%.

These impressive financials are driven by strong customer acquisitions and retention. It is also due to new state launches in Michigan and Virginia. Not resting on its laurels, the company continues to establish itself as a leading product and content innovator in the online gaming business. For instance, it launched sports betting information channel with SLING TV and also launched its first Spanish 21 iGaming offering in the U.S. Through its partnership with SLING TV, customers can view real-time game scores and betting odds on the DraftKings Basketball channel. Given the excitement surrounding the company, is DKNG stock worth watching?

Fubo is an entertainment company that focuses on a sports-first live TV experience. The company does this with a wide array of premium content, interactivity, and integrated wagering. By leveraging its proprietary data and technology platform, Fubo has exploded into the limelight as one of the best streaming companies for live sports. FUBO currently trades at $32.33 as of 1:37 p.m. ET and is up by over 30% year-to-date.

On Tuesday, the company announced that it is set to join the Russell 3000 Index. This will be effective after the U.S. market opens on June 28, according to a preliminary list of additions posted earlier this month. “We are pleased with the interest fuboTV has received from the investor community in such a short period following our listing on the New York Stock Exchange last October,” said David Gandler, co-founder and CEO, fuboTV. “The addition of fuboTV to the Russell 3000® Index is an important milestone for the company as we stay laser-focused on defining a new category of interactive television while delivering significant shareholder value.”

Last month, the company also delivered a record quarter in its first-quarter financials. Diving in, total revenue was $119.7 million, up by 135% year-over-year. Advertising revenue was $12.6 million, up by 206% year-over-year. The quarter also marked the first time Fubo achieved sequential subscriber and revenue growth in any first quarter, despite seasonal trends. For these reasons, is FUBO stock a top entertainment stock to watch right now?

Another top entertainment company to know now would be Penn National Gaming (PENN). Pre-pandemic most would know PENN as a casino company. If anything, its sizable portfolio containing 41 gaming and racing properties across the U.S. would support this. However, at the onslaught of the pandemic, virtually all of the company’s main streams of revenue were disrupted. Since then, PENN has pivoted towards the online sports betting and gaming business. Ideally, when the economy fully reopens, we could see PENN emerge stronger than before.

Now, PENN stock is currently trading at $77.78 a share as of 1:39 p.m. ET. This would mark gains of about 132% in the past year. While the company’s shares have taken a slight breather this year, PENN appears to be optimistic looking forward. Yesterday, the company announced a proposed private offering of $400 million senior notes. On top of that, PENN is also expecting a massive bump in revenue for the current quarter. Namely, the company projects that revenue could range from $1.45 billion to $1.555 billion. This would mark a potential year-over-year surge of over 400% with top-line figures in mind. At the same time, PENN is also hard at work, expanding its gaming portfolio further. Just last month, the company received final regulatory approval to acquire Hollywood Casino Perryville. This would be a strategic move given the recent legalization of sports betting in the state as well.

Overall, PENN seems to be firing on all cylinders right now. With the current tailwinds behind both its online sports betting and in-person entertainment divisions, this would be the case. Could its omnichannel platform make PENN stock a top entertainment stock to watch for you? 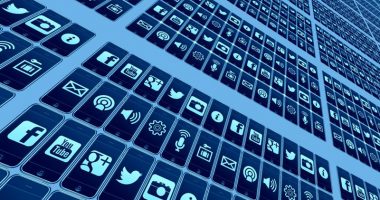 Could These Trending Tech Stocks Still Deliver Gains For Investors In August? 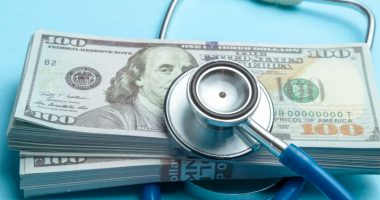 Could these health care stocks rise as vaccination efforts ramp up across the nation? 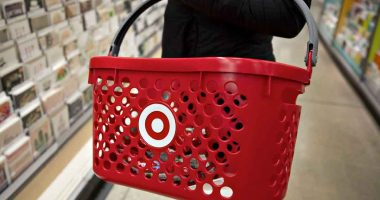 Cyclical stocks to know as the broader stock market soars to record highs. 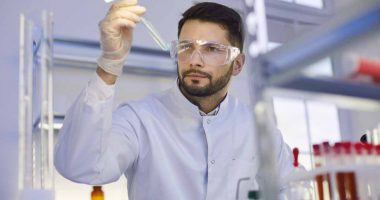 Should investors be treating these top biotech stocks as top picks in the stock market now?