Is now the time to bet on these consumer discretionary stocks?
Total
3
Shares
Share 1
Tweet 0
Pin it 2

These Top Consumer Discretionary Have Been Hot This Week

While tech may have dominated the stock market in 2020, consumer discretionary stocks could take the lead this year. After all, several key tailwinds in the foreseeable future could propel this industry forward. To begin with, consumers now have more discretionary dollars to spend thanks to the latest round of stimulus aid. Adding to this would be the accelerating vaccine rollouts across the nation which would help the economy reopen faster. Not only do consumers have more discretionary funds, but they also have more avenues to spend it on. As a result, it only makes sense that investors would be looking for the best consumer discretionary stocks to buy now.

For example, tourism companies such as Expedia (NASDAQ: EXPE) and Tripadvisor (NASDAQ: TRIP) are up by over 180% over the past year. No doubt, this is likely thanks to investors anticipating the post-pandemic tourism boom. Meanwhile, even conventional retail names such as L Brands (NYSE: LB) and Macy’s (NYSE: M) continue to gain momentum. Both companies’ shares have more than doubled in value over the same period. However you look at it, top consumer discretionary stocks in the stock market today stand to benefit from increased consumer spending in the short and long term. All things considered, could one of these consumer discretionary stocks be your next big investment?

Nike is a consumer discretionary company that engages in the development and selling of athletic footwear, equipment, apparel, accessories, and services. The company has an extensive portfolio of brands that include Jordan Brand, Hurley, Nike Brand, and Converse. Nike shares currently trade at $133.68 as of Thursday’s closing bell. The company was one of the retail stocks that easily withstood the worst of the pandemic when it struck last year. Commendably, NKE shares are still up by over 50% from a year ago after all.

Last month, the company reported its third-quarter fiscal, much to investor delight. In it, Nike posted a quarterly revenue of $10.4 billion, which is up by 3% to a year prior. Its direct sales were $4 billion for the quarter, a 20% increase year-over-year. Impressively, it also saw a huge spike in its digital sales, at a 59% increase in that same period. This is likely due to more people staying at home and Nike having a robust e-commerce presence. Overall, the company still has a strong competitive advantage given its financials. At its core, Nike’s strategy revolves around innovation and creating a seamless, premium marketplace for sportswear. Given all of this, will you consider buying NKE stock?

Coca-Cola is a multinational beverage corporation that is headquartered in Georgia. Its multiple billion-dollar brands span across several beverage categories worldwide. This would include brands like Coca-Cola, Sprite, and Fanta. Aside from sparkling soft drinks, the company also has hydration and tea brands. It has employed over 700,000 people and sells its products in over 200 countries and territories. KO stock closed Thursday’s trading session at $53.12 per share.

In February, the company reported its fourth-quarter and full-year 2020 financials. It posted a revenue of $8.6 billion for the quarter. Despite the 3% decline, the company continues to see improvement in trends compared to the prior quarters. It also posted earnings per share of $1.95 for the quarter. Impressively, the company also ended the year with $8.7 billion in cash. Coca-Cola also provided an update on its strategic transformation initiatives.

CEO of Coca-Cola James Quincey had this to say, “The progress we made in 2020, including the actions taken to accelerate the transformation of our company, gives us confidence in returning to growth in the year ahead. While near-term uncertainty remains, we are well-positioned to emerge stronger from the crisis, driven by our purpose and our beverages for life ambition.” With that in mind, will you consider KO stock as a top consumer discretionary stock to buy?

Another top consumer discretionary company to watch now would be Royal Caribbean Cruises Ltd (RCL). For some context, the company boasts one of the biggest cruise fleets worldwide. In detail, RCL operates via 58 ships with an additional 15 on order as of March 15 this year. Now, for investors, RCL stock could be a prime reopening play. This would be the case as consumers are seemingly rushing to make advance cruise trip bookings years in advance. Just two weeks ago, RCL revealed that its Silversea Cruises brand shattered the bookings record for its 2023 voyages. Similarly, RCL stock appears to be in high demand among investors with gains of over 130% in the past year.

Moving forward, it seems that RCL is keen on maintaining its current momentum. In an interview with CBS News earlier today, CEO Richard Fain said he is “pushing to set sail again”. As most would expect, Fain’s current plans are thanks to the vast information available on how to stop the spread of the coronavirus. Admittedly, even with all this knowledge, Fain intends to work closely with the CDC to ensure voyages are conducted safely. Besides, RCL is already testing measures such as wearable contract-tracing tools and regular temperature checks. Would all this make RCL stock a buy amidst the top tourism stocks now?

Starbucks is a multinational chain of coffeehouses that is headquartered in Washington. It is the world’s largest coffeehouse chain and boasts over 30,000 locations worldwide in more than 70 countries. It is a premier roasted and retailer of specialty coffee and the company has commanded substantial brand loyalty and market share over the years. SBUX stock currently trades at $113.04 as of the close of Thursday’s trading session.

In January, the company reported its first-quarter fiscal. Starbucks reported consolidated net revenue of $6.7 billion for the quarter. Given the challenging market environment throughout the pandemic, this is a commendable figure. It also reported GAAP earnings per share of $0.53 for the quarter. Lastly, the company’s Starbucks Rewards loyalty program for 90-day active members in the U.S. increased by 15% to 21.8 million. All things considered, will you add SBUX stock to your watchlist? 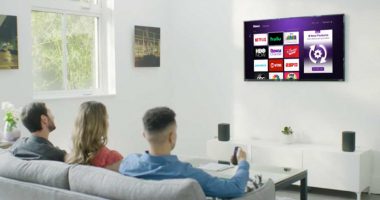 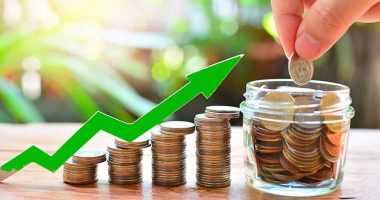 Growth stocks are leading the stock market again; do you have these 5 on your watchlist right now? 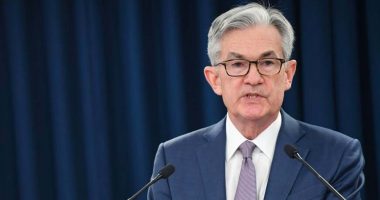 The stock market is regaining ground after Wednesday’s sell-off. 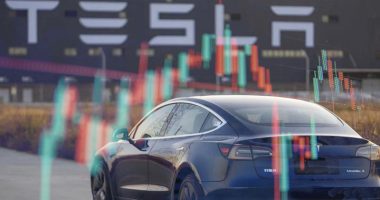