Are These The Best Blockchain Stocks To Buy [Or Sell] Right Now?

All eyes are on Tesla (NASDAQ: TSLA) and Bitcoin when the world’s largest automaker by market cap made a $1.5 billion bitcoin investment. Naturally, blockchain stocks are also benefiting from such sentiment, leaving blockchain-related companies up big. In a time filled with uncertainty, investors would naturally gravitate towards limited commodities such as cryptocurrency. Truly, this adds another paradigm to the difficult task of financial management. And that is where fintech companies come into the equation.

Like it or not, some of the big tech companies are already facilitating cryptocurrency transactions. In the past, many would have sympathized with critics’ argument that Bitcoin is not a real currency. But that argument is starting to weaken. Tech giant Microsoft (NASDAQ: MSFT) has been accepting bitcoins as a form of payment. Now, Tesla’s announcement that it will accept bitcoins further validates the use of Bitcoin as a currency. And analysts are already speculating on which companies will be next to follow suit.

If you are a follower of the fintech space, you would know that PayPal (NASDAQ: PYPL) and Square (NYSE: SQ) have been supporting Bitcoin. By and large, this could be thanks to the growing adoption of fintech in 2020 paired with the current bitcoin tailwinds. With so much going on for the industry now, I can see why investors are looking for top blockchain stocks to buy. Here’s a list of trending blockchain stocks to watch right now.

First up, Riot Blockchain focuses on bitcoin mining. It aims to be one of the largest and lowest-cost producers of bitcoin in North America. From the company’s recent event, it is reported that it would spend $35 million to acquire more mining capacity, known as Bitmain Antminers, bringing its equipment to approximately 37,000 miners. The first thing to know here is that bitcoin mining stocks like RIOT stock are closely tied to prices. As Bitcoin rallies, you could expect the same for RIOT stock. Considering the company’s work with bitcoin, Riot Blockchain is a crypto company that investors are watching closely in the stock market today.

This week, Tesla’s investment in Bitcoin is just one of the catalysts. Riot Blockchain also announced a new CEO on Monday. According to the press release, Jason Les will serve as the new chief executive. He has experience in mining, open-source projects, and as an engineer studying protocol development. Furthermore, Riot Blockchain also announced that Hannah Cho will serve on the board of directors. With new leadership taking the company forward, what could we expect for RIOT stock in the year ahead?

Next up, many consumers would think that Overstock is just an internet retailer selling primarily furniture. But what many didn’t know is that Overstock has exposure to cryptocurrencies through its subsidiary tZERO platform. The online technology retailer is also reportedly converting its blockchain investment wing into a blockchain-focused investment fund last month as it seeks to maximize profit amid the Bitcoin boom. This week, shares of Overstock.com also break higher after Tesla discloses its investment in cryptocurrencies.

As exciting as Overstock.com’s involvement in the blockchain space may be, investors should also note that they are still not the company’s core business. Some analysts believe that the recent increase in bitcoin prices could suggest that a massive bull run is in the making. As investors and crypto enthusiasts look forward to the price of a bitcoin breaking past the $50,000 mark, is now the time to buy OSTK stock?

On January 25, the company announced that it purchased over 4,800 bitcoins at a purchase price of $150 million. And now, that position is up nearly 50% in dollar terms. The company positions itself as a pure-play Bitcoin stock in the stock market. Some investors may choose to invest in MARA stock as a proxy for owning Bitcoin and that’s because MARA stock price tends to follow the price of Bitcoin. Therefore, if you are a firm believer in the future of Bitcoin and the digital assets space, taking a long position in MARA stock may be attractive.

Last but not least, Bit Digital engages in Bitcoin mining across the U.S. and China. In summary, the company is dedicated to integrating resources globally for bitcoin and bitcoin mining. It commenced bitcoin mining in early 2020 and is currently operating at 2,253.5 PH/s Bitcoin Hash Rate. This makes it one of the largest bitcoin mining companies listed on the Nasdaq exchange. Similar to the performance of bitcoin this year, BTBT stock has exploded. Specifically, the company’s shares increased by over 8000% in the past year. For an emerging bitcoin mining company, new investors would likely be inclined to see what it brings to the table.

To put things into perspective, with its improved hash rate, investors could expect the company to mine around 300 bitcoins per month. But investors should be careful to not equate bitcoin with revenue, as they’re not the same. Should Bitcoin be able to keep its momentum up, BTBT stock investors could be in for a treat in the long run. Would you say the same? 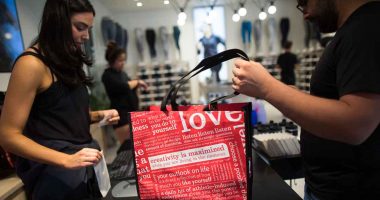 Consumer discretionary names to note as consumers continue to come out in full force. 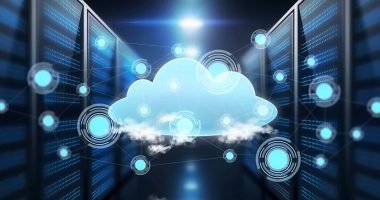 As software companies continue to prosper this year, these software stocks are picking up momentum. 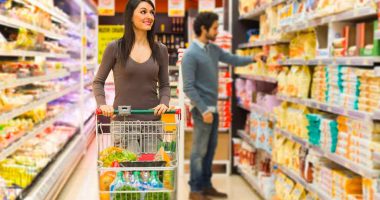 With volatility in the stock market today, can these names stabilize your portfolio? 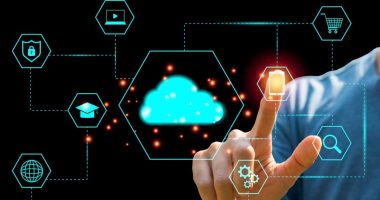 Cloud computing stocks have seen better days, could things be turning around soon?