Meme stocks to note as the retail trading frenzy kicks up yet again.
Total
1
Shares
Share 1
Tweet 0
Pin it 0

Are These The Best Meme Stocks To Buy Now?

Meme stocks seem to be back in fashion in the stock market now. This comes at a time when stocks, in general, remain mostly on the decline year-to-date. As most would know, factors such as inflation, global supply chain pressures, and the conflict in Eastern Europe are contributing to all this. Accordingly, with all these factors in play, investors would normally turn to more defensive sectors in the stock market today. These are your dividend stocks, consumer staples stocks, and value stocks to name a few. However, in the current day and age, meme stocks offer an alternative for more risk-tolerant investors.

For instance, we could look at the likes of Tesla (NASDAQ: TSLA) and Koss Corporation (NASDAQ: KOSS). On one hand, some would argue that Tesla is a high-profile meme stock. This would be thanks to social media posts by CEO Elon Musk influencing the performance of TSLA stock in the past. Worth noting, the company officially launched its Giga Berlin manufacturing plant near Germany yesterday. On the other hand, audio hardware firm Koss also appears to be regaining steam with gains of over 20% just this week. All in all, there seems to be plenty of attention on meme stocks now. Should you be keen to jump on the meme trend, here are four to watch.

Meme Stocks To Buy [Or Sell] This Week

To begin with, we will be taking a look at the flagship meme stock firm, GameStop. In brief, it is the largest video game retailer in the world. Through its vast network of operations, GameStop brings video games, consumer electronics, and gaming merchandise to consumers. For a sense of scale, the company currently operates out of 4,816 stores spanning the U.S., Canada, Australia, and Europe. Not to mention, GameStop is also actively focusing on its e-commerce strategy. The likes of which it has been working on since the pandemic initially impacted its brick-and-mortar services.

More importantly, GameStop is making stock market headlines again today thanks to the latest movement in GME stock. Following a 30% rally yesterday, investors appear to be tuning their radars back to the company’s shares. As a result, GME stock alongside its meme stock peers are once again at the forefront today. Also worth mentioning, GameStop chairman Ryan Cohen reportedly bought 100,000 shares in the company earlier this week. With retail investors seemingly buying into the current hype, will you be investing in GME stock?

Nio is an electric vehicle (EV) and services company. In fact, it is a pioneer in the premium smart EV market in China. It also designs and develops next-generation technologies in autonomous driving, digital technologies, and batteries. Furthermore, it continues to distinguish itself through its continuous technological breakthroughs and innovations. This would include its industry-leading battery swapping technologies, Battery-as-a-Service (BaaS). It is also developing its proprietary autonomous driving technology.

The company will report its fourth-quarter and full-year 2021 financials on Thursday after the markets close. Ahead of that, let us take a glance at its latest February 2022 update. Diving in, Nio delivered 6,131 vehicles in February, increasing by 9.9% year-over-year. A huge chunk of these deliveries was its premium SUV, the ES6, at 3,309 units. Also, it delivered over 15,000 vehicles in 2022 so far, increasing by 23.3% year-over-year. The company also says that during the production suspension of the NIO-JAC manufacturing plant in the Spring Festival holiday, the company adjusted its production lines to prepare for the delivery of its ET7 in March 2022. For these reasons, is NIO stock worth investing in right now?

Following that, we have Bed Bath & Beyond (BBBY), a meme stock that runs a chain of domestic merchandise retail stores. The omnichannel retailer has stores across the Americas and sells a wide assortment of merchandise across several key consumer markets. BBBY stock is up by over 70% in the past month alone after GameStop’s Ryan Cohen says he owns nearly 10% of BBBY. He also says he wants BBBY to explore strategic alternatives that include a full sale of the company.

When news of Ryan Cohen’s RC Ventures broke out, BBBY issued a statement on the matter. “Bed Bath & Beyond’s Board and management team maintain a consistent dialogue with our shareholders and, while we have had no prior contact with RC Ventures, we will carefully review their letter and hope to engage constructively around the ideas they have put forth. Our Board is committed to acting in the best interests of our shareholders and regularly reviews all paths to create shareholder value. 2021 marked the first year of execution of our bold, multi-year transformation plan, which we believe will create significant long-term shareholder value.” With this piece of information, would you consider adding BBBY stock to your portfolio?

AMC Entertainment is one of the largest movie theater chains in the world. For a sense of scale, it has over 950 theaters and 10,000 screens across the globe. The company has also propelled innovation in the industry by delivering its Signature power-recliner seats and providing loyalty and subscription programs. Earlier in the month, the company announced that it has experienced its third-highest attended weekend since movie theaters reopened in summer 2020, with more than 4 million tickets sold globally. This is based on the successful opening weekend of The Batman.

On March 15, 2022, the company also announced that it is buying 22% of Hycroft Mining Holding Corporation (NASDAQ: HYMC), which holds the 71,000-acre Hycroft Mine in northern Nevada. Independent third-party studies confirm that the Hycroft Mine has some 15 million ounces of gold resources and some 600 million ounces of silver resources. This news comes alongside Eric Sprott also investing in Hycroft. Mr. Sprott is one of the world’s leading gold and silver investors. Combined, both AMC and Mr. Sprott are investing $56 million in Hycroft. All things considered, is AMC stock a buy today? 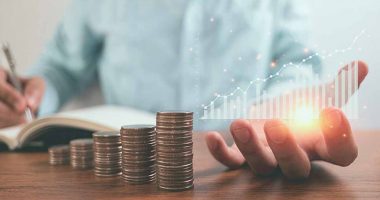 Could now be the time to take a closer look at these stocks that pay monthly dividends? 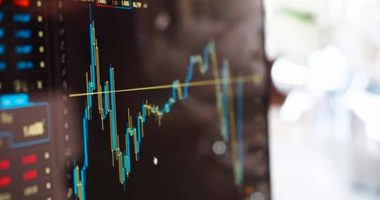 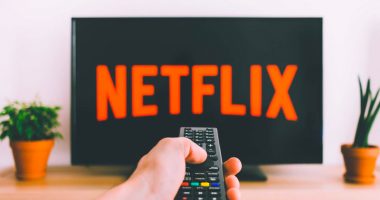 The streaming giant now has more than 200 million subscribers globally.