The stock market today appears to be moving sideways after the U.S. Labor Department’s latest report. Even so, investors may want to take a closer look at leisure stocks amidst all of this. Sure, some would argue that the flip-flopping in stocks this week has been volatile, to say the least. As such, looking toward industries with more long-term growth potential would be a viable strategy now. On that note, the leisure industry could fit the bill in this respect now.

For the most part, the leisure industry is one that people turn to in good times and bad. This would be the case from weed producers and gaming companies to even streaming firms. Alternatively, you could even look towards travel stocks that are poised to grow in a post-pandemic market. These would include the likes of Disney (NYSE: DIS) and Airbnb (NASDAQ: ABNB). In fact, companies such as Uber (NYSE: UBER) are already facilitating the current uptick in travel demand. Earlier this week, the company launched a feature that allows the Uber app to track flights, allowing for better coordination between drivers and clients. Overall, there are numerous other players in the leisure space to consider now. Check out these five movers in the stock market now.

To begin with, we have Carnival Corporation, one of the world’s largest leisure travel companies in the world. Its portfolio of global cruise line brands includes Carnival Cruise Line and Princess Cruises among others. Collectively, these brands comprise over 80 ships with the capacity to visit over 700 ports around the world. The company also has plans to add more ships by 2025. CCL stock currently trades at $24.49 as of 9:58 a.m. ET and has enjoyed gains of over 50% in the past year alone.

On Thursday, the company announced a significant milestone in the first three months of its resuming guest operations this summer. With half of its U.S. fleet back in service and sailing from six U.S. homeports, the company’s resumption of service has provided much-needed vacations to hundreds of thousands of loyal guests.

Furthermore, Carnival Cruise Line has announced plans to have 17 ships back in the guest service by the end of 2021, with additional ships returning in January and February and the entire U.S. fleet back in guest operations by spring 2022. With this revelation, should investors consider adding CCL stock to their portfolio?

Tilray is a pharmaceutical and cannabis company with operations all around the globe. It is a trusted partner for both patients and consumers by providing them with a cultivated experience and health through its high-quality, differentiated brands, and innovative products. The company’s unprecedented production platform supports over 20 brands in over 20 countries. TLRY stock currently trades at $10.94 as of 9:58 a.m. ET and is up by over 70% in the past year.

Yesterday, the company reported its first-quarter financials for the fiscal year 2022. Diving in, net revenue and gross profit increased by 43% and 46% respectively. It is also the company’s 10th consecutive quarter of positive adjusted EBITDA.

In addition to that, Tilray also continues to maintain the number 1 market share in Canada with its comprehensive portfolio of medical and adult-use cannabis brands. Given this piece of information, is TLRY stock worth buying right now?

American Airlines is a leisure company that is also one of the largest airlines in the world as measured by the number of passengers carried and fleet size. Together with its regional partner American Eagle, it offered thousands of flights daily in 50 countries pre-pandemic. It is also a founding member of the oneworld alliance. AAL stock currently trades at $20.09 as of 9:58 a.m. ET and is up by over 50% from a year ago.

The company says that it will be announcing its third-quarter 2021 financials on October 21, 2021. Last month, it also announced that it has become an anchor partner to Bill Gates’s Breakthrough Energy Catalyst. American will be investing $100 million in a groundbreaking collaborative effort to accelerate the clean energy technologies necessary for achieving a net-zero economy by 2050.

In becoming one of Breakthrough Energy Catalyst’s first anchor partners, American is backing up its ambitious climate commitments with concrete action to accelerate the development of pivotal emissions-reduction solutions like sustainable aviation fuel. With that being said, should you consider buying AAL stock?

Following that, we have another cruise line operator, Royal Caribbean Cruises (RCL). In brief, RCL is a Florida-based company that runs cruises across the globe. The company primarily operates via its three flagship brands, Royal Caribbean International, Celebrity Cruises, and Silversea. By RCL’s estimates, it boasts a combined fleet of 60 ships with 13 additional vessels on order. Given the resurging interest in cruise voyages, RCL stock could be worth keeping an eye on.

For one thing, the company’s shares currently trade at $89.35 as of 9:58 a.m. ET. This would be after gaining by over 23% year-to-date. To maintain this momentum, RCL continues to adapt its business to the changing market. As of last week, the company is now working with TraceSafe.

Through this partnership, RCL passengers now have access to Tracelet, a contact tracing wristband. Additionally, the company also recently bolstered its Celebrity Cruises line with Celebrity Beyond, a dining experience by double Michelin-starred chef Daniel Boulud. Could all this make RCL stock worth watching now?

Last but not least, we will be taking a look at Penn National Gaming. By and large, the company works via a vast network of regional gaming operations across the U.S. This includes but is not limited to 43 properties spanning 20 states.

Not to mention, Penn has and continues to make significant investments in its Penn Interactive online gaming division. Thanks to this move, it can now cater to customers remotely via its iCasino and mobile sports betting app offerings. According to Penn, its gaming platform now serves over 24 million members.

As it stands, PENN stock now trades at $75.47 as of 9:58 a.m. ET. With gains of over 800% since its pandemic era low, could the company’s shares be worth investing in? If anything, Penn does not seem to be slowing down on the operational front anytime soon. Just yesterday, news broke of the approval of Penn’s latest acquisition plans involving theScore. Given that theScore is among the top media platforms in Canada, this would be a smart play by Penn. As such, would PENN stock be a top buy for you? 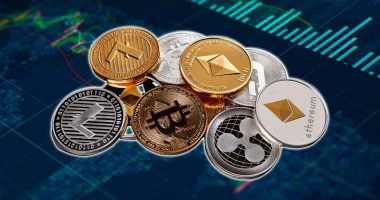 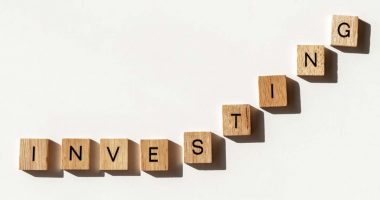 Could cyclical stocks be a viable play as inflation continues to heat up? 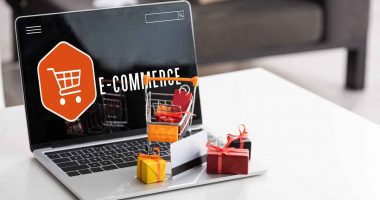 Do these e-commerce stocks have the potential to rebound to fresh highs? 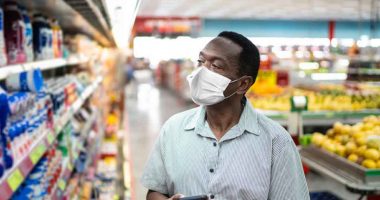 Consumer stocks to consider as stocks rebound from Tuesday’s losses.