Could these tech stocks be top buys given the current market conditions?
Total
16
Shares
Share 9
Tweet 0
Pin it 7

As the broader stock market appears to be cooling off from the recent run, tech stocks are once again taking center stage. For the most part, this would be thanks to several key factors now. Firstly, investors were initially spooked from Tuesday’s consumer price inflation surge as it registered the fastest annual increase since 2008. Subsequently, Federal Reserve Chair Jerome Powell weighed in on the matter saying that inflation “will likely remain elevated in coming months before moderating“. Powell also highlighted that the U.S. economy is “still a ways off” towards recovering, prolonging a roll-back of the Fed’s asset purchases. Aside from that, it appears that coronavirus cases are on the rise once again in the U.S. and Latin America. Just yesterday, World Health Organization (WHO) officials warned of more contagious variants potentially putting the region at risk now.

For newer investors, you may be wondering, what does all this have to do with tech stocks? Well, for starters, companies in the tech space would likely continue to benefit from the Fed’s crisis-era monetary policies. On top of that, the potential of another wave of coronavirus cases could see the return of 2020’s top pandemic winners. The likes of which consist of tech stocks such as Zoom (NASDAQ: ZM) and Salesforce (NYSE: CRM). Accordingly, this would be the case should organizations revert to distance working protocols and lockdown mandates return.

At the same time, the tech industry remains one that focuses on growth. Just yesterday, tech giant Microsoft (NASDAQ: MSFT) introduced Windows 365 for organizations. Through this service, businesses can grant employees access to virtual cloud-based PCs that run Microsoft’s Windows operating system. Having said all that, here are three top tech stocks to consider in the stock market today.

Best Tech Stocks To Buy [Or Sell] This Month

Right off the bat, we will be taking a look at the leading name in the consumer tech world now, Apple Inc. If anything, consumers, and investors alike would be more than familiar with the company’s premium array of tech offerings now. That is of course thanks to its market-dominating iPhones to its collection of tablets and PCs. Given the cyclical nature of the consumer tech market, Apple could stay relevant as long as it keeps providing annual updates to its flagship offerings. In fact, some would argue that the current pandemic puts Apple in a favorable position now.

Indeed, as most people were stuck at home, most discretionary spending went towards making stay-at-home experiences better. For many consumers, Apple’s offerings filled that mold neatly. Now, to highlight, this would benefit the company in the short and long terms overall. Accordingly, this is thanks to the interconnectivity between Apple’s products. By making products that seamlessly work and connect with one another, the company further incentivizes consumers to stay within its ecosystem. Evidently, investors appear to recognize this as well seeing as AAPL stock is already up by over 150% since its pandemic era low.

Despite its current momentum, Apple continues to bolster its operations. Earlier this week, Bloomberg reported that the company is ramping up its production efforts. According to the article, Apple is looking to accelerate the manufacturing rate of its next-generation iPhones by 20%. This would be a strategic play by the company given the current hype around the 5G upgrade cycle all around. Given all of this, would you consider AAPL stock a top buy for you now?

Following that, we have social media titan Facebook Inc. When it comes to social networking, most would often think of Facebook and its various divisions today. Notably, the company also operates the widely used Instagram and WhatsApp digital connectivity platforms. For a sense of scale, the company reported having over 2.72 billion daily active users across its portfolio of apps in its first-quarter fiscal back in April. On that note, the company also posted sizeable gains across the board in its earnings report for the first quarter. In it, Facebook raked in total revenue of $26.17 billion, marking a 47% year-over-year increase. Over the same period, the company also saw surges of 93% in net income and 92% in earnings per share.

Given the scale and current growth rate of Facebook’s operations, I could see investors eyeing FB stock now. With the company’s shares looking at year-to-date gains of over 29%, could it still have room to run? For one thing, Facebook does not seem to have plans of slowing down anytime soon. As of yesterday, the company is planning to pay out $1 billion through 2022 to content creators on Facebook and Instagram. According to CEO Mark Zuckerberg, this move serves to attract more content creators to the platform. In turn, it will, ideally, boost active user figures.

On top of that, the company is also looking to bolster its e-commerce division as well. As of this week, Facebook is planning to introduce its Facebook Pay check-out services to third-party websites starting in August. This would be the logical next step following its recent collaboration with Shopify (NYSE: SHOP). With Facebook seemingly firing on all cylinders now, will you be adding FB stock to your portfolio?

Another name to know in the tech space now would be Verizon Communications Inc. Similar to our first entry, Verizon would stand to benefit from the current 5G consumer trends now. Namely, this is because Verizon is one of the major players in the telecommunications market now. The New York-based company is currently the second-largest wireless carrier in the U.S. in terms of network size. Sure, some tech companies would get a boost from deteriorating pandemic conditions, while others would gain from the reopening trade. Regardless, Verizon’s offerings would still remain relevant, especially its next-gen 5G solutions.

With all this in mind, it would make sense then that VZ stock could be on tech investors’ radars now. While the company’s shares may be mostly trading sideways this year-to-date, some investors would see an opportunity. After all, the company appears to be steadily gaining momentum on the financial front. In its latest quarter fiscal, the company reported earnings per share of $1.27 on total revenue of $32.87 billion. Despite facing intense competition from its competitors this year, the company achieved revenue growth across its three core business segments.

While all that is great, Verizon also seems to be kicking into high gear on the operational front. As of this week, the company is currently collaborating with leading fintech company, Mastercard (NYSE: MA). The duo is looking to bring 5G-based contactless payment solutions to consumers and small-and-medium-sized enterprises (SMEs). In theory, this would enable SMEs to use emerging payment tech, turning smartphones and smartwatches into payment devices. With Verizon riding the current 5G tailwinds, will you be investing in VZ stock? 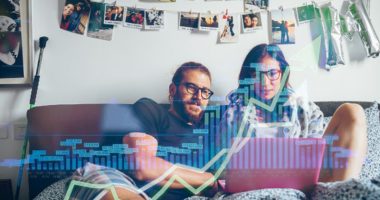 As more advanced tech continues to rely on artificial intelligence, could this be the tech frontier to invest in right now?

If lithium becomes the new frontier in automobile fuel, should investors be keeping an eye on these lithium battery players?

The global chip shortage could allow investors to buy semiconductor stocks at discount.

These health care stocks could offer diversification for your portfolio.

These financial stocks could potentially prove to be strong additions to your portfolio.

These industrial stocks continue to make headway as the stock market edges higher.

Check out these top pot stocks in the stock market this week.