Best Stocks to Invest In Right Now? 4 Cyclical Stocks For Your August 2021 Watchlist

Are these the best cyclical stocks to buy in the stock market now?
Total
3
Shares
Share 1
Tweet 0
Pin it 2

After the slew of both earnings figures and economic data this week, investors seem to be eyeing cyclical stocks now. This part of the stock market today is likely gaining traction given the Federal Reserve’s latest update on Wednesday. In short, the Fed held interest rates at near-zero levels while suggesting that the U.S. economy remains in recovery. Subsequently, Capital Economics chief U.S. economist, Paul Ashworth had this to say, “We have progress, but not substantial further progress”. All this would suggest that despite the recent slowdown in the economic recovery, cyclicals could still have room to run.

Now, newer investors may be wondering, what are cyclical stocks? Simply put, cyclical stocks move in tandem with the cycles of the economy. As such, companies whose businesses are in demand during times of economic growth would be considered cyclicals. This ranges from industrial stocks such as Boeing (NYSE: BA) to consumer discretionary stocks like L Brands (NYSE: LB).

On one hand, Boeing seems to be riding strong travel tailwinds as high aircraft demands led to the company posting a surprise profit for the quarter. On the other hand, retailers like L Brands continue to see strong consumer spending trends now. Evidently, U.S. consumer spending in June surged by 11.8%, exceeding consensus estimates. With vaccinated consumers eager to spend their saved-up pandemic funds over the summer, this comes as no surprise. As cyclical stocks continue to experience tailwinds, you might be interested in some yourself. In that case, here are four names to know in the stock market now.

Best Cyclical Stocks To Buy [Or Sell] In August 2021

BlackBerry is a cyclical company that provides intelligent security software and services to enterprises and governments around the world. In particular, it focuses on the Internet of Things (IoT) that represents the next great wave in business transformation. It secures more than 500 million endpoints worldwide, which includes 195 million vehicles. BB stock currently trades at $10.18 as of 1:32 p.m. ET and is up by over 50% in the past year. Recently, the company launched a pre-commitment program, suggesting that a new handset might finally be on the way.

The program on its Onward Mobility website will expand on the company’s engagement with customers interested in purchasing the new and innovative BlackBerry 5G smartphones. Earlier in the week, the company also launched Jarvis 2.0, a SaaS version of the original Jarvis capabilities that provide developers and integrators with a more user-friendly, focused feature set around three important areas. Namely, they are Open-source Software (OSS), Common Vulnerabilities and Exposures (CVE), and Software Bill of Materials (SBOM) management. Jarvis 2.,0 will address the need to identify and remediate vulnerabilities by identifying them, then providing deep actionable insights within minutes. With that in mind, will you consider watching BB stock in August?

Amazon is a multinational tech company that focuses on e-commerce, artificial intelligence, and digital streaming. It is one of the most valuable companies in the world, offering one of the world’s largest online marketplace and live-streaming platforms. The company distributes a variety of content through its Amazon Prime Video, Amazon Music, Audible, and Twitch subsidiaries. The company also has its own film and television studio Amazon Studios and also a cloud computing subsidiary, Amazon Web Services. AMZN stock currently trades at $3,350.75 as of 1:32 p.m. ET.

On Thursday, the company announced its second-quarter financials. Firstly, net sales for the quarter increased by 27% year-over-year to $113.1 billion. Secondly, the company posted a net income of $7.8 billion for the quarter or earnings per diluted share of $15.12. Amazon says that its AWS has helped so many businesses and governments maintain business continuity and that AWS continues to enjoy substantial growth as more companies move to the cloud. The company also says that its Prime members in 20 countries shopped more this Prime Day than any previous Prime Day, purchasing more than 250 million items. Given the company’s most recent financials, will you consider adding AMZN stock to your radar?

ExxonMobil is one of the world’s largest publicly traded energy providers and chemical manufacturers. In detail, it develops and utilizes next-generation technologies to help meet the world’s growing needs for energy and high-quality chemical products. The company markets fuels, lubricants, and chemicals under four brands, Esso, Exxon, Mobil, and ExxonMobil. XOM stock is trading at $57.47 as of 1:33 p.m. ET. Today, the company has just reported its second-quarter financials.

Diving in, the company reported that it earned $4.7 billion or $1.10 per share assuming dilution. This was driven by oil and natural gas demand and best-ever quarterly chemical and lubricants contributions. It also posted a cash flow from operating activities of $9.7 billion which is used to fund dividends, capital investments, and debt reduction. ExxonMobil’s Low Carbon solutions business advanced multiple carbon capture and storage (CCS) opportunities and low-emission fuels initiatives. Also, the company says that it is realizing significant benefits from an improved cost structure, and low-cost-of-supply investments that are generating attractive returns for ExxonMobil. All things considered, will you add XOM stock to your August watchlist?

Last but not least, we will be taking a look at Norwegian Cruise Line Holdings (NCLH). In brief, it is a leading name in the global cruise industry today. For a sense of scale, the company operates a massive fleet of 28 ships. The likes of which boasts possible itineraries to over 490 destinations worldwide pre-pandemic. On top of all that, the company also has nine additional vessels scheduled for delivery through 2027. With the rise in travel spending among consumers, I could see investors watching NCLH stock closely now. It currently trades at $24.14 as of 1:33 p.m. ET.

If anything, the company appears to be kicking into high gear to meet the rising demand for travel experiences overall. Earlier this week, NCLH made its cruise comeback, welcoming guests aboard its Norwegian Jade vessel after 500 days. On top of that, the company also revealed significant expansions to its offerings in terms of locations. Namely, the company introduced 16 new Europe and Tahiti voyages for early 2022 on its Regatta and Nautica vessels. Overall, it seems like NCLH is eagerly bolstering its services for the eventual full return of cruises. With all of this in mind, would you consider NCLH stock a top cyclical stock to watch right now? 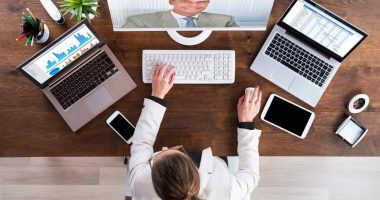 Should investors be jumping on these hot tech stocks as the sector looks to make a recovery? 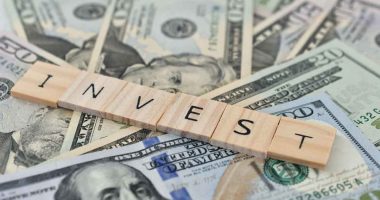 Could these value stocks be worth investing in amid concerns of high inflation? 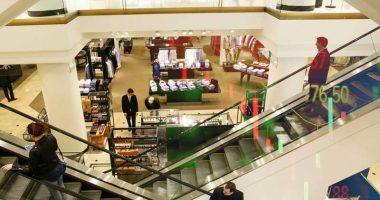 Is now the time to buy these top retail stocks? 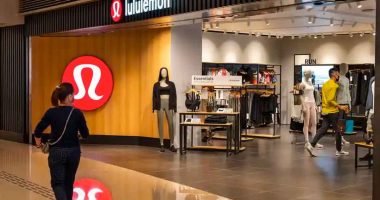 Check out these consumer discretionary stocks making moves this week.