Does Your List Of EV Stocks To Buy Include These 4 Hot Names?

Here are 4 electric vehicle stocks that are trending in the market this week.
Total
3
Shares
Share 1
Tweet 0
Pin it 2

Electric vehicles are racing to capitalize on the shift towards battery-powered cars, and EV stocks have been keeping pace. After such a monstrous run among top EV stocks, everyone wants to find the next Tesla (NASDAQ: TSLA). And that’s understandable. In 2020, many saw the next Tesla in Nio (NYSE: NIO). Many call it China’s Tesla, rightly or wrongly. In fact, the gains from NIO stock are unrivaled, where the stock surged more than 1,500% in the past year.

According to Fortune Business Insights, the global electric vehicle market will be worth $985.72 billion by 2027, growing at a compound annual growth rate (CAGR) of 17.4% over the next six years. That’s pretty huge for the automotive sector. To capitalize on the red-hot industry, many EV companies have been going public through the special purpose acquisition company (SPAC) route. While SPACs may get a bad rap sometimes especially when you had companies like Nikola Corp. (NASDAQ: NKLA), you can’t deny that some could hold promise.

As you may already know, there isn’t only one way to ride the EV boom. Beyond the electric vehicle makers, there are also pick-and-shovel plays that could do just as well in terms of returns. Now, with President Joe Biden making climate change a priority in his administration, top EV stocks could become even more attractive to investors. Things certainly look promising as the president calls for sweeping changes to bolster the EV industry. With that in mind, here is a list of the best EV stocks to watch this week.

First up, Fisker is an electric vehicle automaker that is based in California. The company was founded by Henrik Fisker, best known for designing luxury cars like the BMW Z8 and Aston Martin DB9. The company is revolutionizing the automotive industry by developing next-generation electric vehicles. The company’s shares have begun to show signs of life after trading sideways for a few months since November 2020. This came after Morgan Stanley analyst Adam Jones initiated coverage of Fisker with an overweight rating and a price target of $27.

Since the completion of the SPAC merger, Fisker has in excess of $1 billion of cash on the balance sheet. This will fully fund Fisker’s operations and development of the Fisker Ocean SUV. Since going public on the New York Stock Exchange, the stock has reached a high of $23.63 in late November and has been trying to retest the previous high since.

This week, we saw FSR stock traded at a high of $20.64 before closing at $19.46 on Tuesday. As the stock continues to exhibit bullish momentum, would FSR stock be one of the most exciting EV stocks to watch in 2021?

Next up, QuantumScape may not be exactly an EV stock, but it is a pick-and-shovel play amid the EV boom that is worth the attention. The company is a renewable energy company that produces solid-state lithium-metal batteries for electric cars. QuantumScape’s batteries are game-changing as they significantly increase energy densities and enable fast charging. Like Fisker, QS stock has made some bullish moves recently amid an ‘Overweight’ rating and a new price target of $70.

The analyst believes that QuantumScape is very well positioned to serve domestic EV players. For the uninitiated, QuantumScape claims that its batteries will store over 80% more energy than existing lithium-ion competitors while reducing costs substantially.

Not to forget it has strong backing from Bill Gates and automotive giants like Volkswagen (OTCMKTS: VWAGY). Should QuantumScape’s batteries work as promised, EV automakers would be lining up to purchase the batteries. And when that happens, QS stock would be going to the moon.

Another pick-and-shovel play riding the EV boom, and riding it well is Blink Charging. Since our first discussion about the stock in June 2020, BLNK stock has skyrocketed more than 2,500%. It may be even harder to believe that the stock was just a penny stock earlier last year. Blink Charging operates a network of nearly 15,000 electric vehicle charging stations as of December 31, according to the company.

On February 16, Blink announced a cooperation with Bisimoto Engineering to promote Blink as their charging solution of choice and to support EV adoption nationwide. Bisimoto Engineering is a California-based automotive designer focused on high-performance EV conversions. While Blink has a relatively simple business model, its shares are now trading at an astronomical level.

Investors are really valuing the company based on the growth story we tell ourselves. Given the huge market, it should come as no surprise that BLNK stock has been getting nothing but love from investors in recent months. The question is, can BLNK stock sustain the momentum for the rest of 2021?

Last on the list, we have tiny electric bus maker Green Power Motor. It may not be on your radar today, it certainly wasn’t on mine one year ago. This was a company with not much business activities and traded less than $2 last year this time. If you are bullish about the electrification of the world’s commercial fleet and you concur that the commercial EV revolution is just getting underway, you might want to include GP stock on your watchlist today.

Every year, fleet operators worldwide purchase about 10 million medium-to-heavy duty commercial busses, trucks, and vans. Only a small number are electric. Bloomberg NEF estimated that only around 3,600 electric medium- and heavy-duty commercial vehicles and busses were sold in the U.S. in 2020. That’s a drop in the ocean. But things may change as government policies evolve and environmental awareness increases.

These are in addition to cheaper batteries, better electric commercial vehicles, and improving charging infrastructure. Bloomberg NEF believes the number of commercial EVs could increase by nearly 70 times to over 250,000 vehicles by 2030. Considering the tremendous runway ahead, would you be adding GP stock to your watchlist? 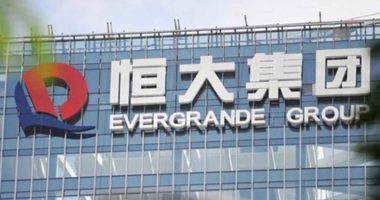 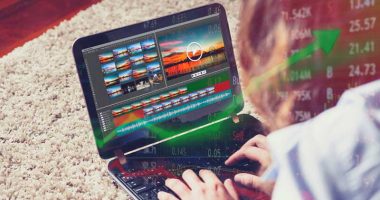 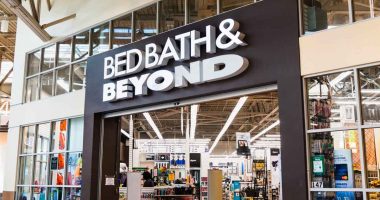 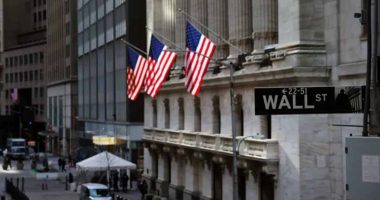 Stock futures steady as investors consider the Omicron variant among other factors weighing on markets.